“I think all of us have a sense if we imagine the kind of world we would face if the people who bombed the mess hall in Mosul, or the people who did the bombing in Spain, or the people who attacked the United States in New York, shot down the plane over Pennsylvania and attacked the Pentagon, the people who cut off peoples’ heads on television to intimidate, to frighten â€“ indeed the word ‘terrorized’ is just that. Its purpose is to terrorize, to alter behavior, to make people be something other than that which they want to be.”

Any person who thought there was some Unanswered Questions about 911, just got a freebie! 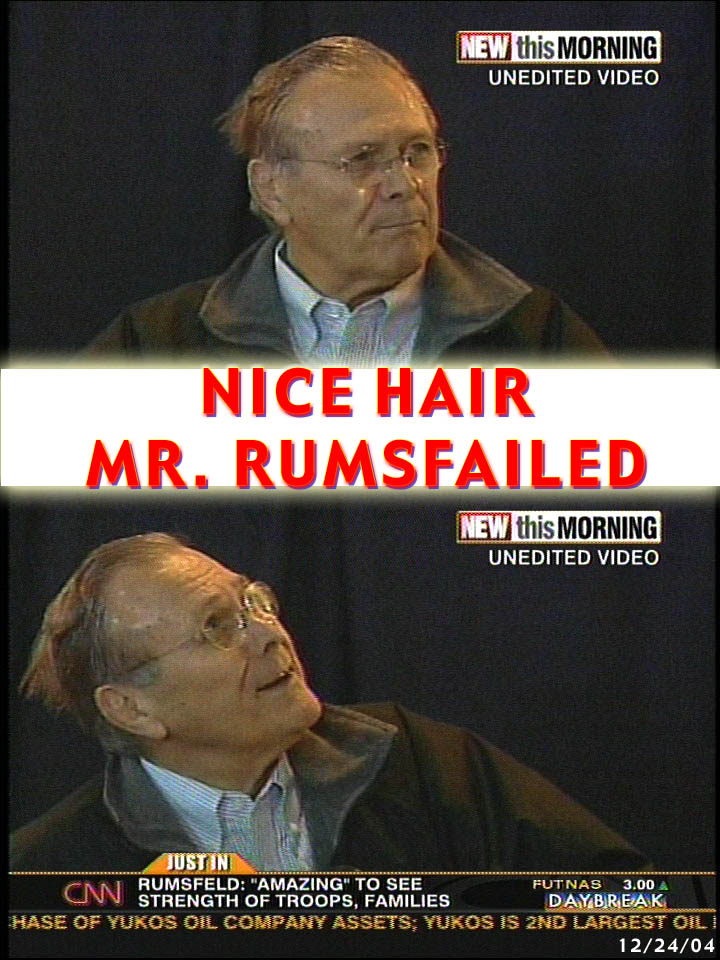 I couldn’t pay attention to his message, so kept focus on the hair….

He also took some VERY scripted questions from soldiers. Check out this one I recorded.