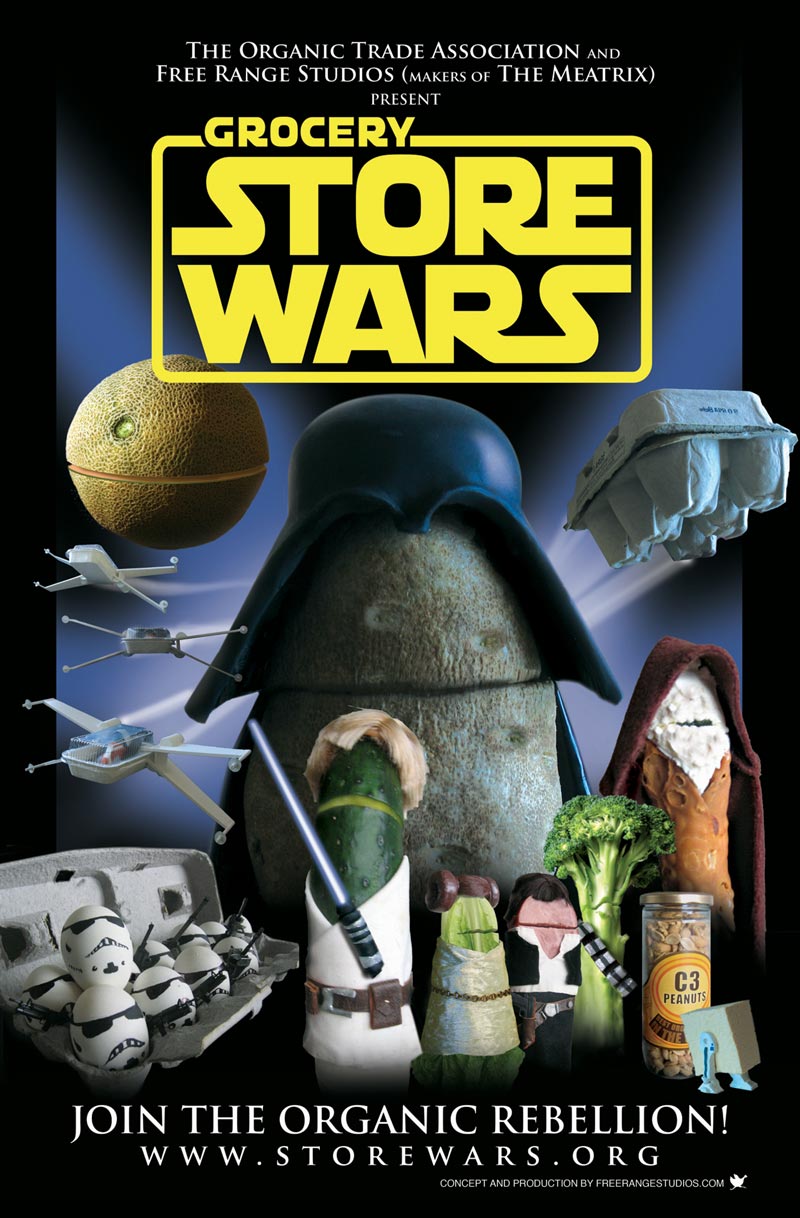 Because timing is everything, the Organic Trade Association in conjunction with Free Range Graphics, have produced “Store Wars,” to coincide with the release of the final Star Wars film. I remember when “The Meatrix” came out right when the Matrix #2 came out and must say that co-opting the national attention for the advancement of ecologically sound issues is pure genius.