After finding out about Google Earth’s change to Baghdad, Iraq, I discovered that they also changed the imagery for Washington, DC. Notice the new diamond mosaic of DC. 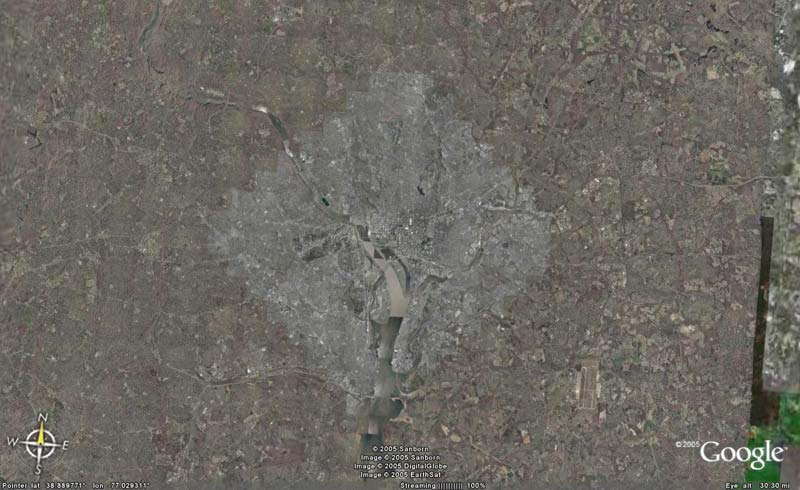 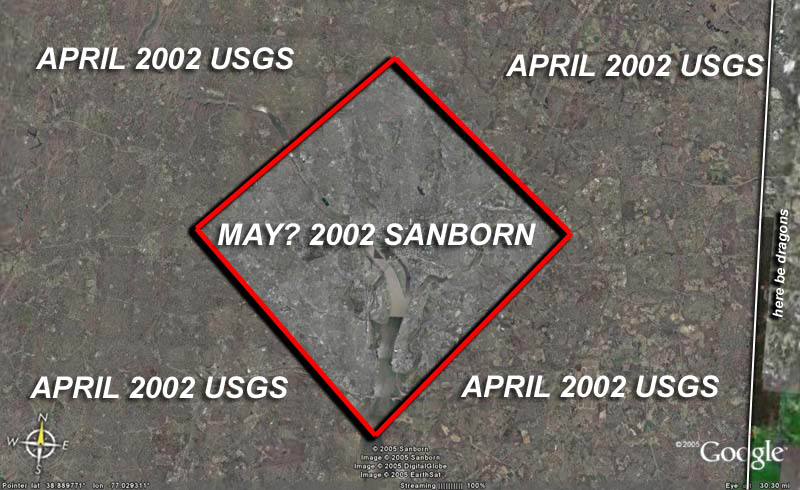 The area around DC is aerial photography from the USGS from April 2002. This is the same imagery I’ve been using for all of my Washington, DC renderings.

In order to find out whether the imagery is newer or older, I have taken the liberty of snagging a screenshot of the close-up of the World War II memorial. I found this location to be the easiest to identify the approximate date. Below is a screen shot from Google Earth and from MSN’s Virtual Earth. 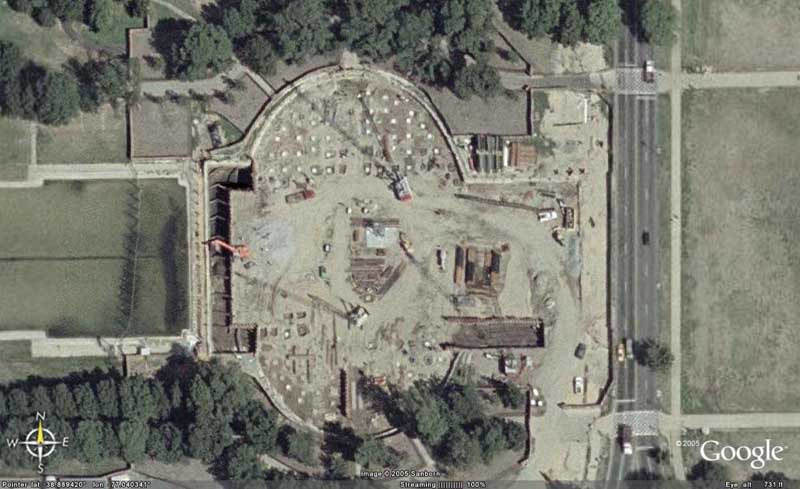 After spending some time looking at the imagery, I believe that the Google Earth imagery is actually newer. For it to be newer, this goes against my initial suspicion that Google Earth was changing their imagery to older imagery to prevent it to be used for terrorism. Ohh, I just realized that in the USGS imagery the Mandarin Oriental Hotel is under construction as well.