So last night while I was coding my “Geospatial Art” layer for Google Earth, I decided to attempt to find a copy of “La Haine,” online, and of course I couldn’t! The film was recently released on DVD, but only with Region 2 encoding (WTF!). I decided to put a posting on craigslist about it the film, and hopefully someone will respond…. I really want to see the film again!

I was thinking about synergistic events and how the riots in France could easily be replicated here in Washington, DC. Granted I am not one to cause destruction of other people’s belongings, read: I am NOT going to do this, but I was thinking last night how poignant it would be to see the marginalized residents of SE Washington, DC burning cars to show the world that poverty exists here in DC as well. The most far-fetched idea that someone came up with was burning 51 cars from Virginia & Maryland in the confines of DC. The 51 cars would represent DC as the 51st state, and the synergistic aspect to this theoretical vandalism is the Supreme Court ruling last week that struck down the commuter tax the District hoped to impose on Maryland & Virginia drivers. Essentially, DC residents are marginalized both economically (some residents) and democratically (all residents), and the destruction of cars from Maryland & Virginia would show the world that the residents are fed up and beginning to fight back.

Today I devoted myself to the task of geocoding all of my Washington, DC renderings into Google Earth. Many many hours later, I’ve made it just over halfway through the task. I will be putting the layer on-line shortly…

As I was adding layers, there were two renderings that I decided to have a little cartographic fun with. When I got to Boxes of Jefferson, I decided to tilt the image 45 degrees and enlarge it to the size of Washington, DC. About two hours later when I got to DC Stencil, I decided to modify it to extenuate the lettering by removing the black background and turning it into a .png file (to preserve the transparency). I enlarged it as well to the size of a giant “you are here” sign. About an hour later I was going through the layers to see if there were any errors, I stumbled on the image below…. 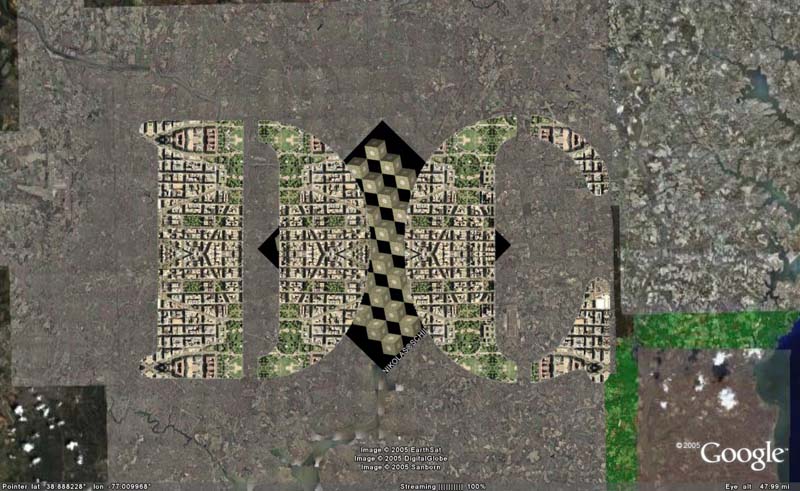 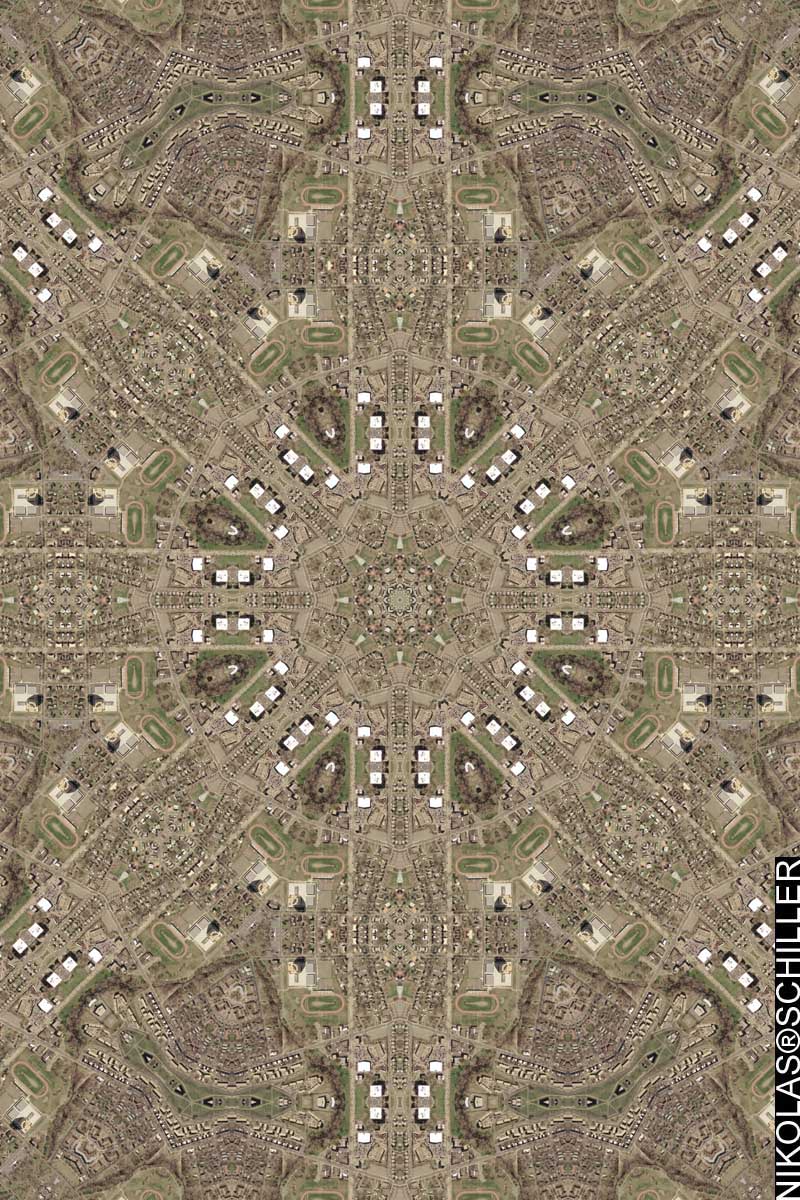 END_OF_DOCUMENT_TOKEN_TO_BE_REPLACED

So my mom has taken up running. Here are some pictures & stats from her first 5K run :-) 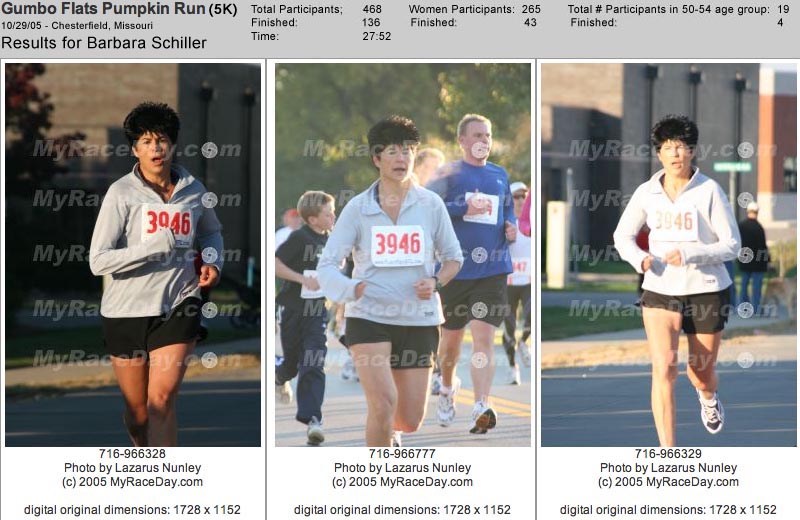 and my mom lives in Maryland Heights…..Missouri. Have you been to District Heights?

11/11 YO! it definitely feels like its 42 degrees there too. The District definitely doesn’t really feel like the Evergreen State …….it feels like like a 61 square mile colony that has has the Mighty Columbia rushing through it….:-) 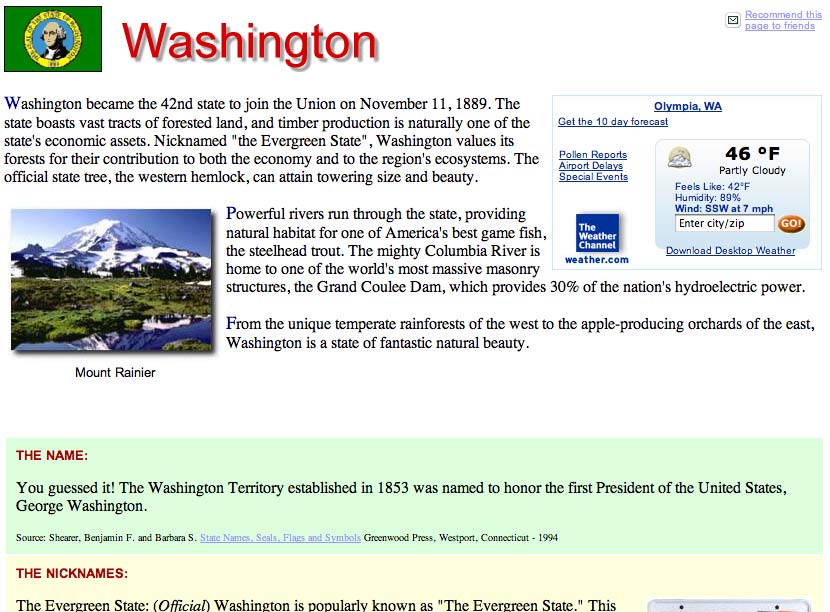 not realated but catchy 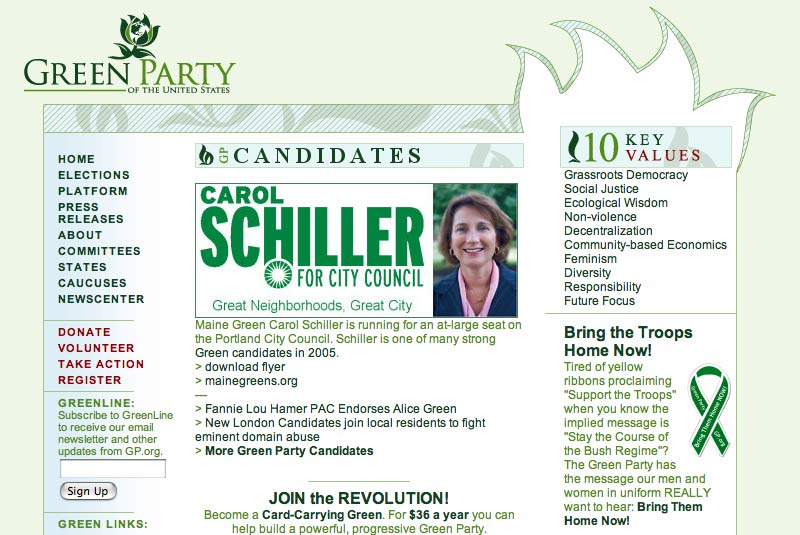 Thanx to Netflix, this last weekend I watched the black & white French film about the Algerian resistance called “The Battle of Algiers.”

Prior to viewing it, I was told that many of the American military’s top brass had watched the movie too. The film clearly shows the methods and processes terrorists (or in their case, “freedom fighters”) employ to drive out their colonial oppressors- daylight murders of police officers in crowded places, synchronized bomb explosions, and, my favorite, general strikes. It has direct relevance to what is happening in Iraq right now.

Why am I noting this in my blog? Earlier this evening, when I was watching Mhz (the best station on TV), I discovered that yesterday was the 51st anniversary of the war for Algerian independence from France. The war began on November 1st, 1954 and ended on July 5th, 1962…. So by chance, I rented that film to coincide with their celebration, not intentional, but quite fitting I must say. For Halloween I dressed up as in my Colonist outfit with a small sign that said, “18th Century Insurgent.” Maybe next year I’ll dress up as an Algerian and have a sign that says, “20th Century Insurgent.”

Interestingly enough, which wasn’t correlated on television tonight is the link between the recent Parisian riots in Clichy-sous-Bois and the fact that many of the people rioting are Algerian immigrants. What is also interesting is last week on MySpace I decided to use the quote (“Jusqu’ici tout va bien” – translated to “So far, so good”) from my favorite French film, “La Haine” (Hate (1995), which I cannot get on Netflix) as my name, and the day I took it off (changed to “The Mapmaker”) was when the violence began- the same violence/rioting that took place at the beginning of the film La Haine when youth were killed by the police.

My friend Justin, who lived in Paris for a bit, left this comment on my myspace profile the day before last:

It’s the direct quote from the film….loosely translated to:

I decided to use google to define “post modern” and the result:

[1925 – 1980 AD] departure from generalized style into individual expression through innovative use of new building technology and materials to differentiate the structure, space and experience from all previous styles. The Guggenheim Museum by Frank LLoyd Wright exemplifies the flambouyant deviation from all previous architectural movements.
www.seemydesign.com/livingroom/elementsideas/archtrim/architectstyle.htm
Related phrases: post modern design

Replace “architectural” with cartographic, and ya got it. Also, I was born in 1980, the year post modern is said to have ended, but I definitely think that definitiom describes my maps nicely…..a 25 year delay ain’t bad.