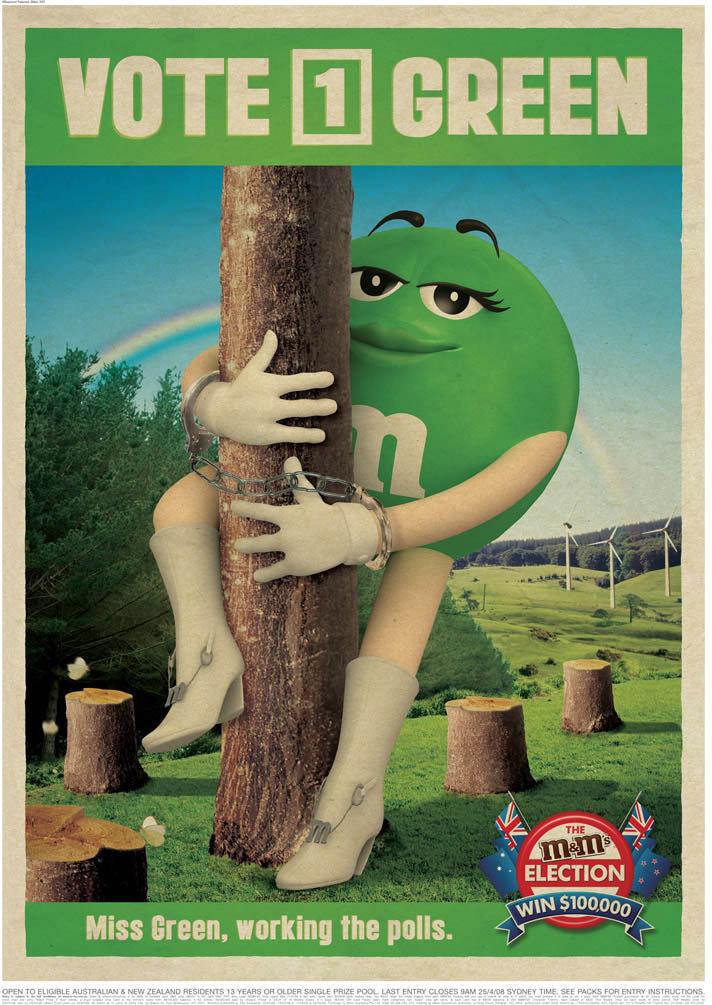 An ad agency’s portrayal of the Green M&M

This subvertisement is from an Australian M&M advertisement campaign. I’ve seen the same type of campaign done in America, however this campaign employs revolutionary iconography to sell the colors.

Today, however, I didn’t vote for a corporation, instead I voted in the D.C. Statehood Green Party Primary for Cynthia McKinney.