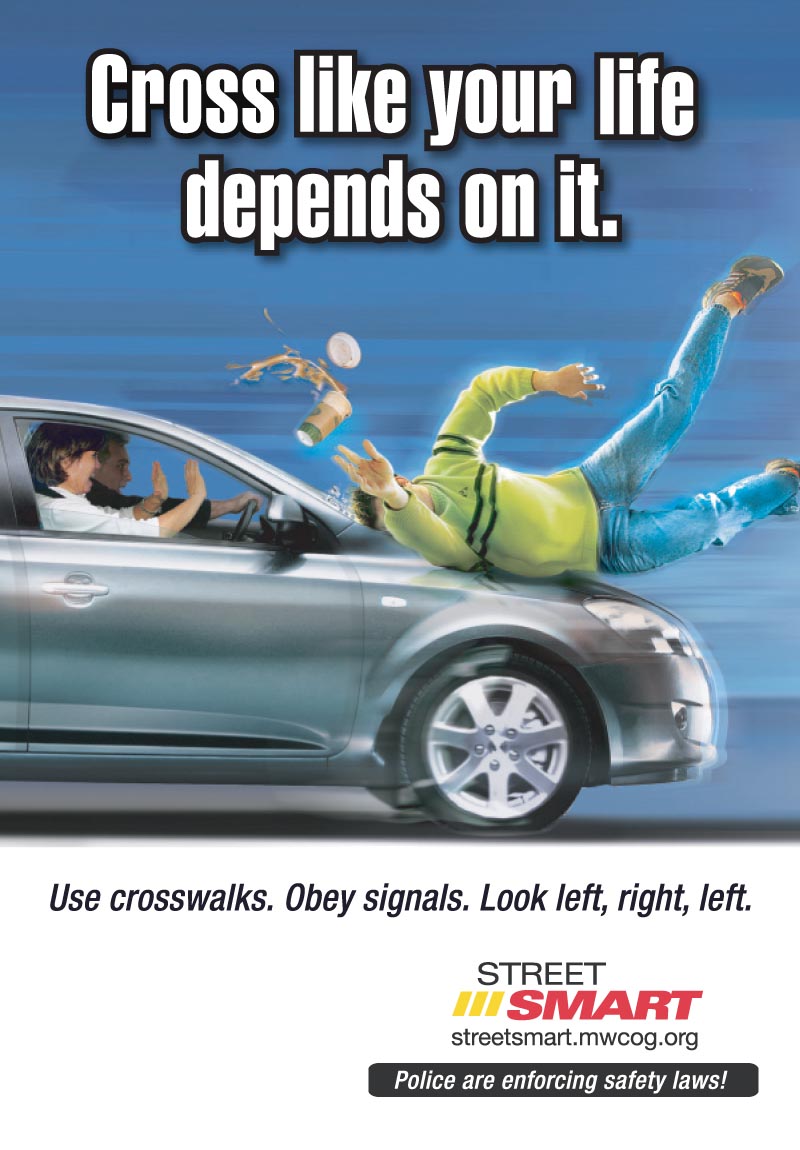 Today on one of my favorite DC blogs there was a posting about the new pedestrian safety ads (above) that are now being featured on Metro buses and trains. Before I began reading the comments, I was thinking that this graphic would be fun to photoshop. Specifically, I was interested in making fun of the fact that person being hit had been drinking what looks to be a Starbucks coffee. Using the old PSA message “friends don’t let friends drive drunk,” combined with an unfortunate crash scene and a phrase on old pen of mine from an independent coffeeshop in Saint Louis, Missouri, I was able to subvert the message.

If I wanted to spend more time on this graphic, I would have downloaded the exact same font that was used in the original flyer, but I am happy with the ironic result of 25 minutes of image editing. 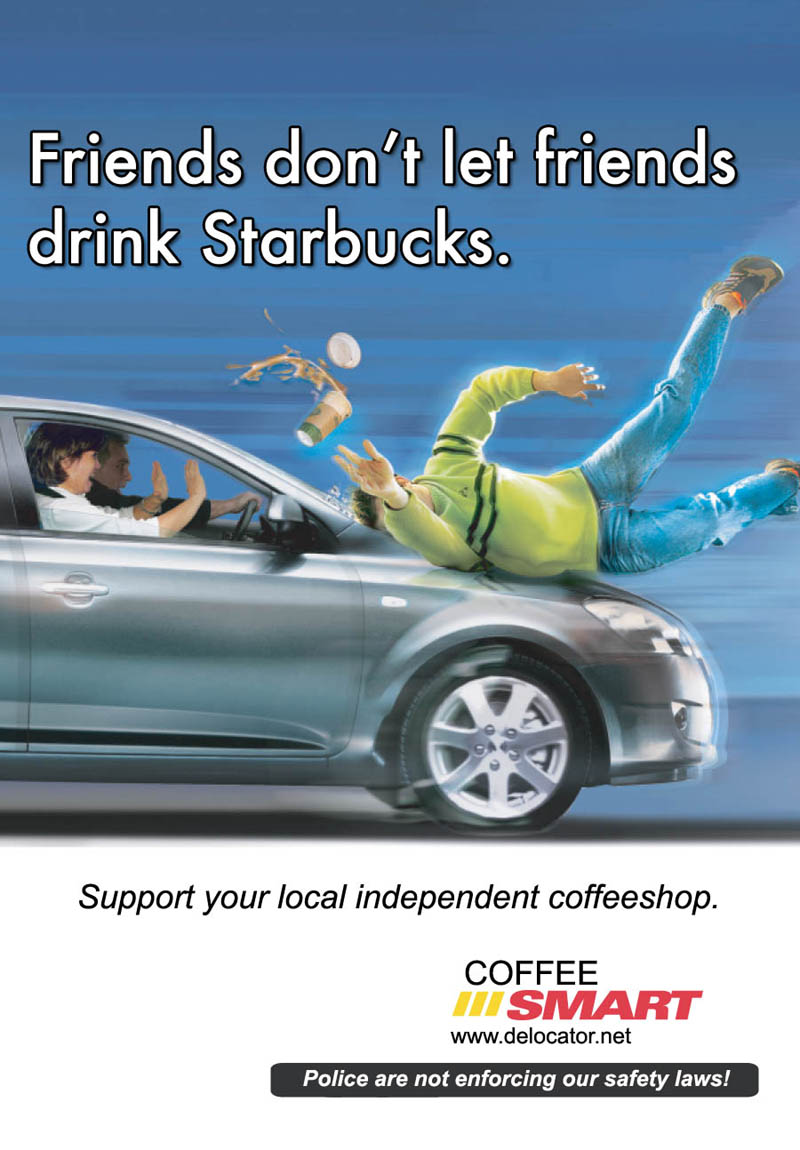 Click the above graphic to be taken to www.delocator.net which is a website dedicated to helping you find independent coffeeshops around the world.