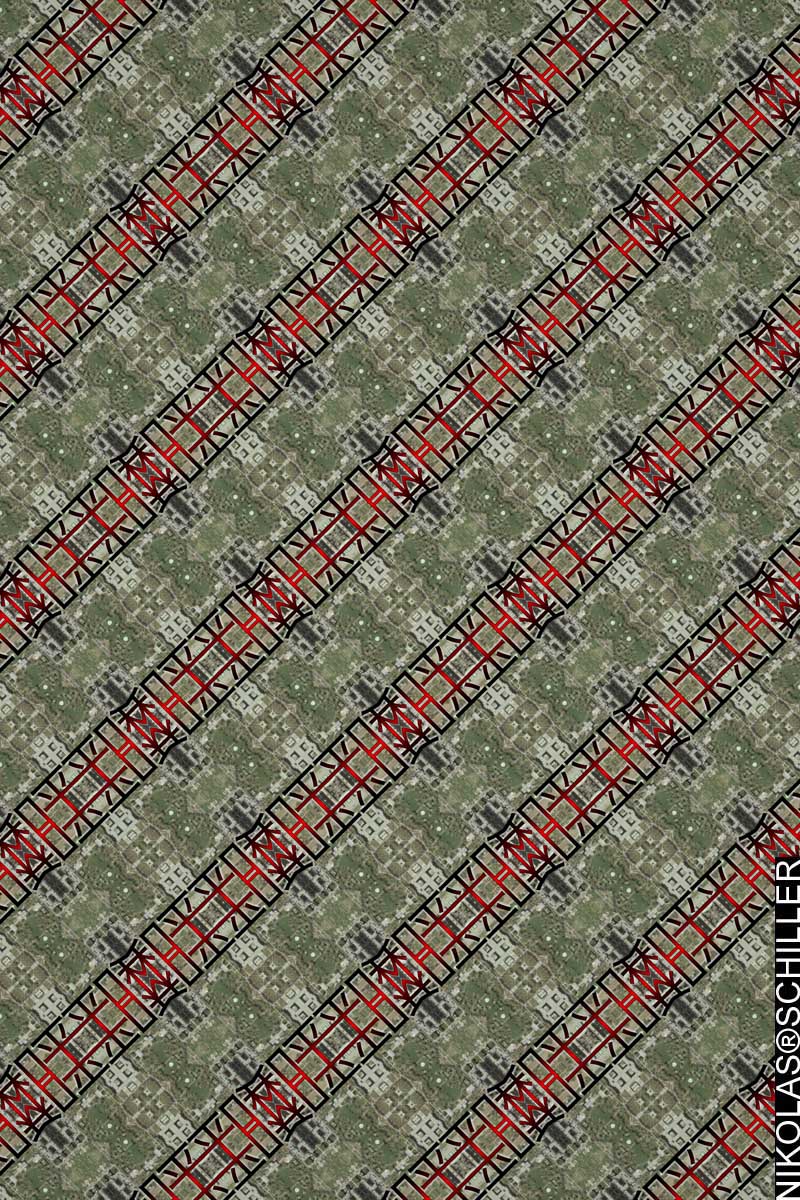 Similar to the Shanghai Map, this map uses Chinese characters as a decorative element. The source aerial photography of the White House was censored by the government before it was released to the public. I documented this about a year ago with my Lost Series project “The White House is off-limits to the public.” Unlike the Shanghai Map, I made a tessellation using the words for PEACE instead of placing the glyphs at the bottom. I was, however, thinking of revisiting this map in the near future and adding more text. As it is now, I think it’s somewhat plain, and deserves something else. I’m not sure what that ‘else’ is yet.

View the Google Map (which shows older imagery) of the White House. 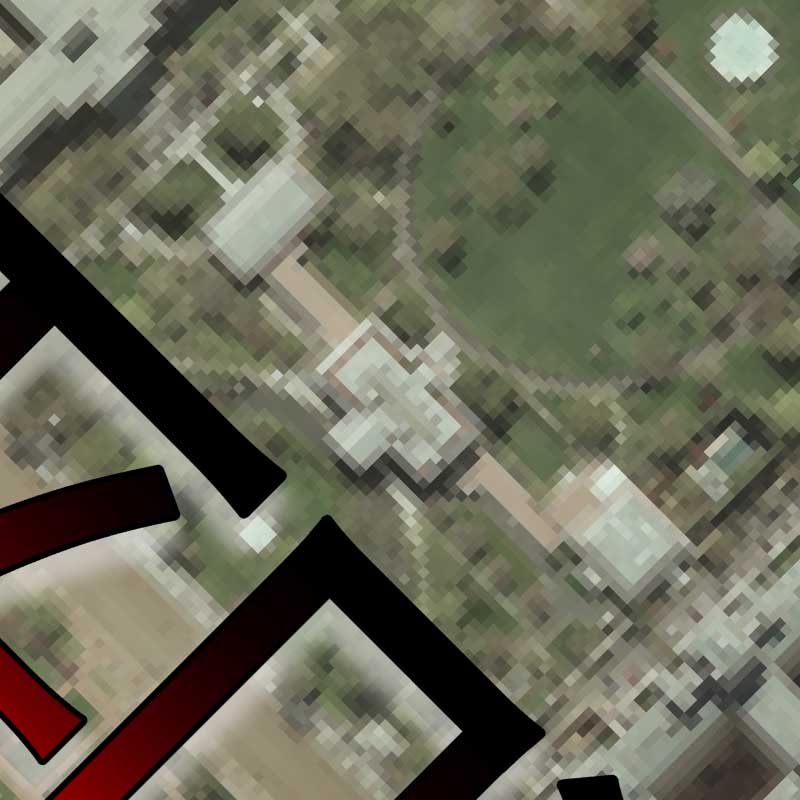 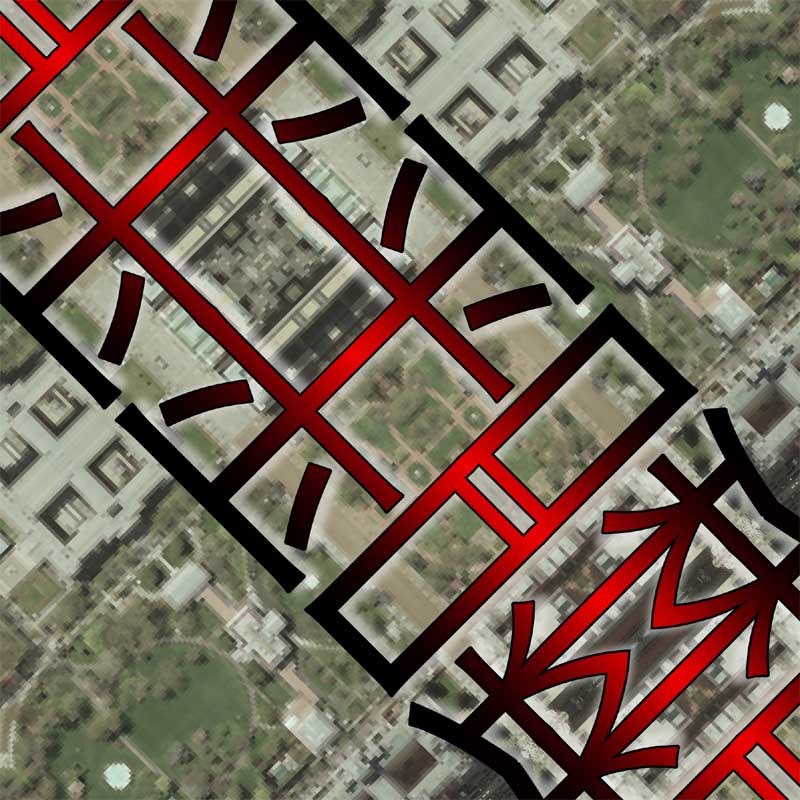 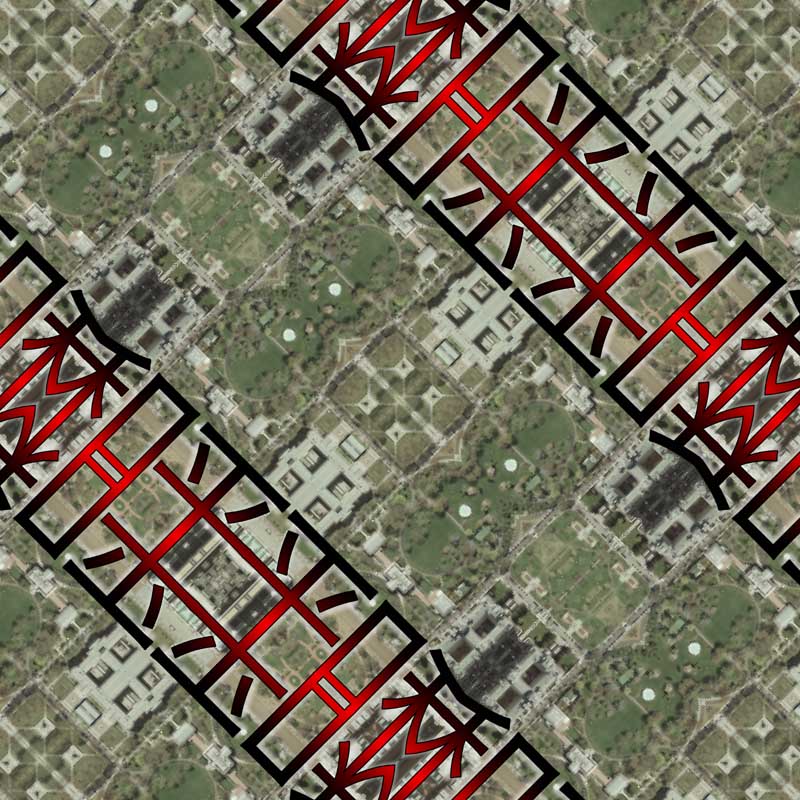 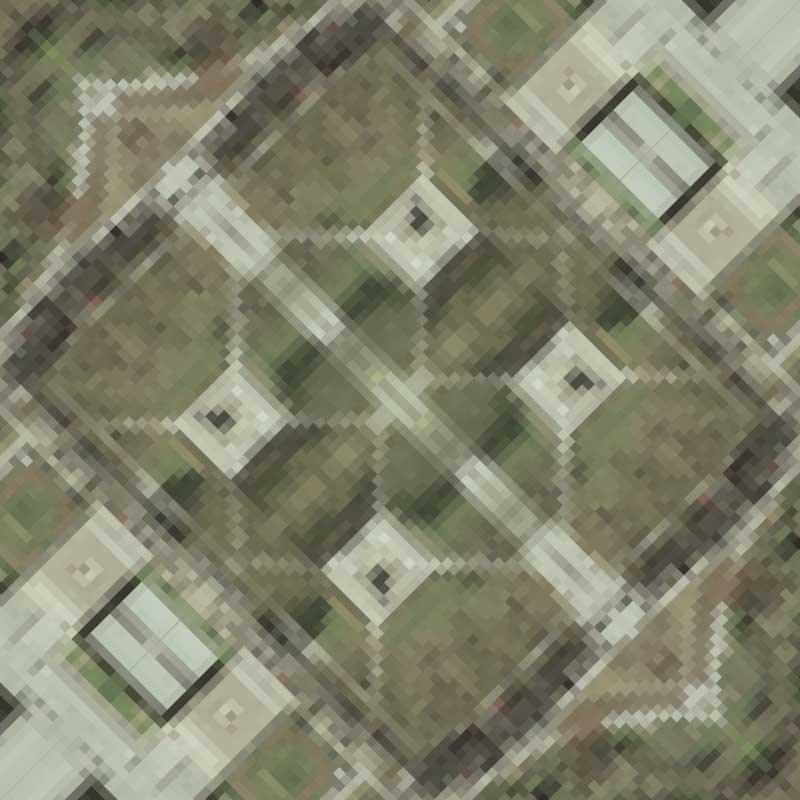