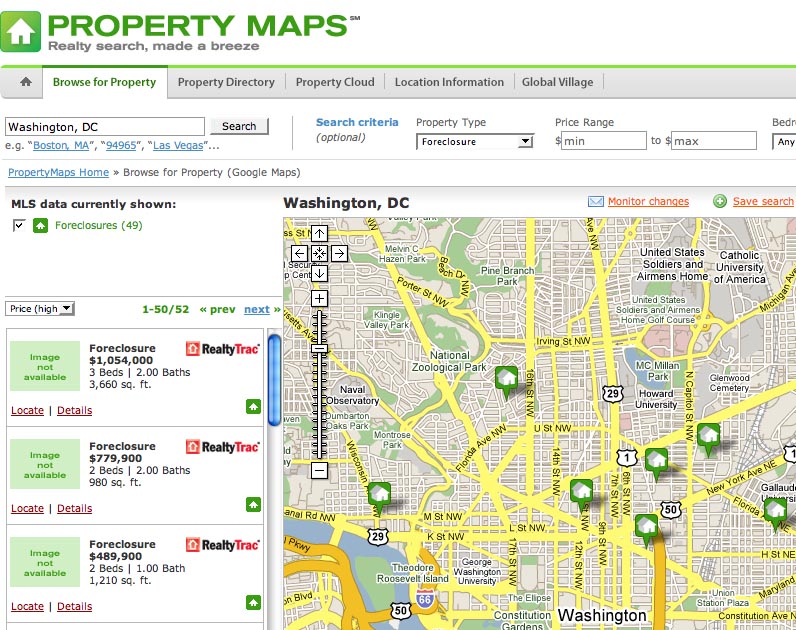 If you are looking for some hot real estate deals, do I have the map for you. As many financially strapped people are unable to pay off their poorly written mortgages, they are being forced into foreclosure. This Google Map Mash-up shows the locations of homes for sale due to foreclosure around the Washington, DC area and beyond. To use, type in the intended geography and select “Foreclosure” from the drop down box in the section “Property Type”. [Via Anything Geospatial]

The history of the word: Mortgage

The great jurist Sir Edward Coke, who lived from 1552 to 1634, has explained why the term mortgage comes from the Old French words mort, â€œdead,â€ and gage, â€œpledge.â€ It seemed to him that it had to do with the doubtfulness of whether or not the mortgagor will pay the debt. If the mortgagor does not, then the land pledged to the mortgagee as security for the debt â€œis taken from him for ever, and so dead to him upon condition, &c. And if he doth pay the money, then the pledge is dead as to the [mortgagee].â€ This etymology, as understood by 17th-century attorneys, of the Old French term morgage, which we adopted, may well be correct. The term has been in English much longer than the 17th century, being first recorded in Middle English with the form morgage and the figurative sense â€œpledgeâ€ in a work written before 1393.