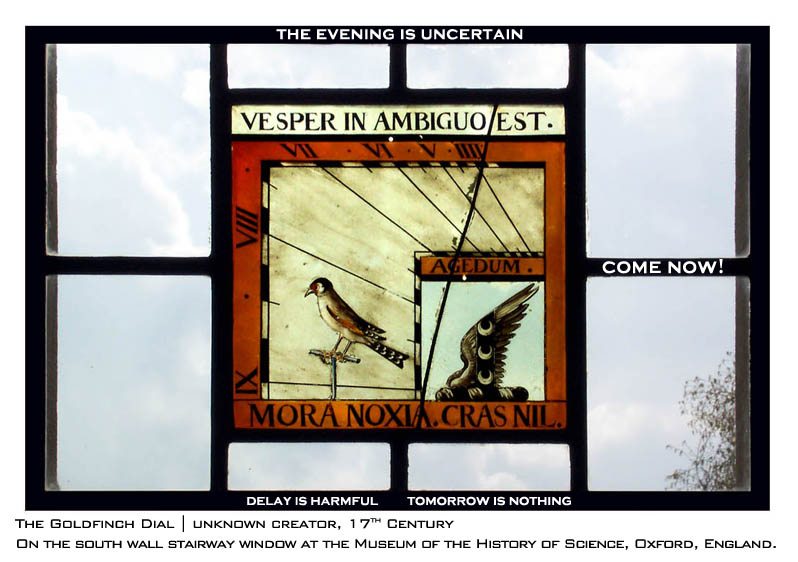 Over the years I’ve become a fan of the concept of time in all shapes and forms. Last weekend I found this link to one of the most comprehensive on-line listings of antique stained glass sundials. I found myself looking through nearly all of them.

Latin mottos can be found on many as a decorative element. The choice of words is what piqued my curiosity the most. Why were those words chosen? I picked the two sundials in this posting because I enjoyed their Latin motto’s most. 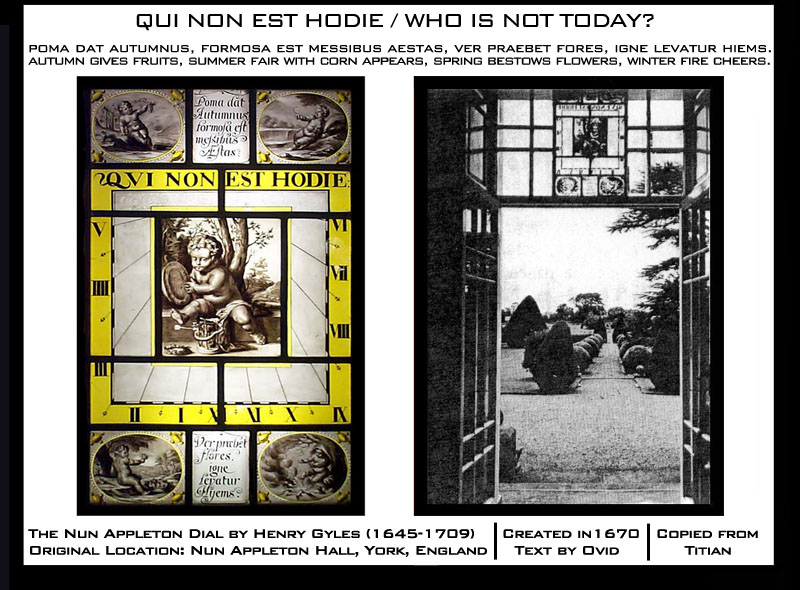 What I discovered today was that the “New Blaeu” map I recently had printed uses Ovid’s text in the same way that the Nun Appleton sundial uses. They were made around the same time too, but in different countries. Quite cool.

Click to be taken to the interactive version of the map:

The seasonal sequence in the image above is Spring, Summer, Fall, Winter. Ovid’s prose from “Remedia Amoris / The Cure For Love” puts the four seasons in reverse order.