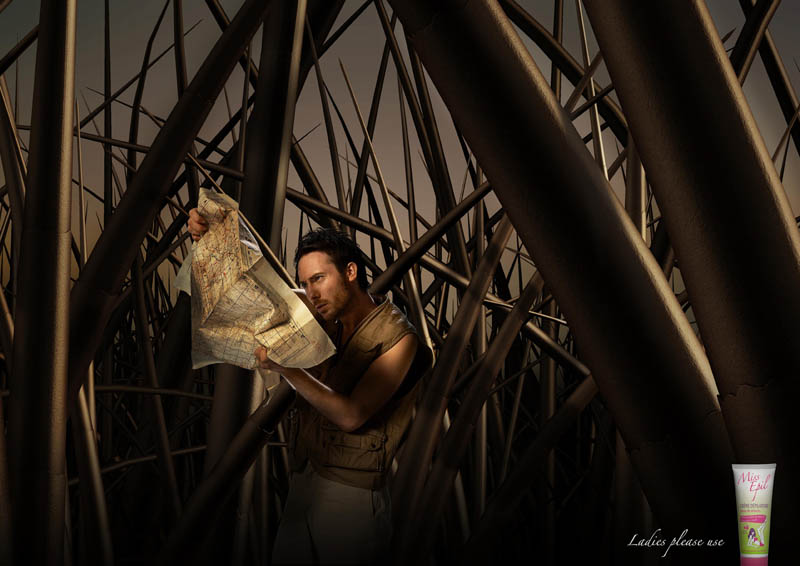 Found this advertisement for Miss Epil, a chemical depilatory skin cream for women. The irony of being lost in the hairy bush is that the Miss Epil skin cream is like a slash & burn means for hair removal! Not the best way to treat the bush. If the guy in this photo was present after Miss Epil, he’d probably be all red with 2nd degree chemical burns on his body. Gone will be the map and his clothes, both the unfortunate result of slash & burn removal. Ouch.