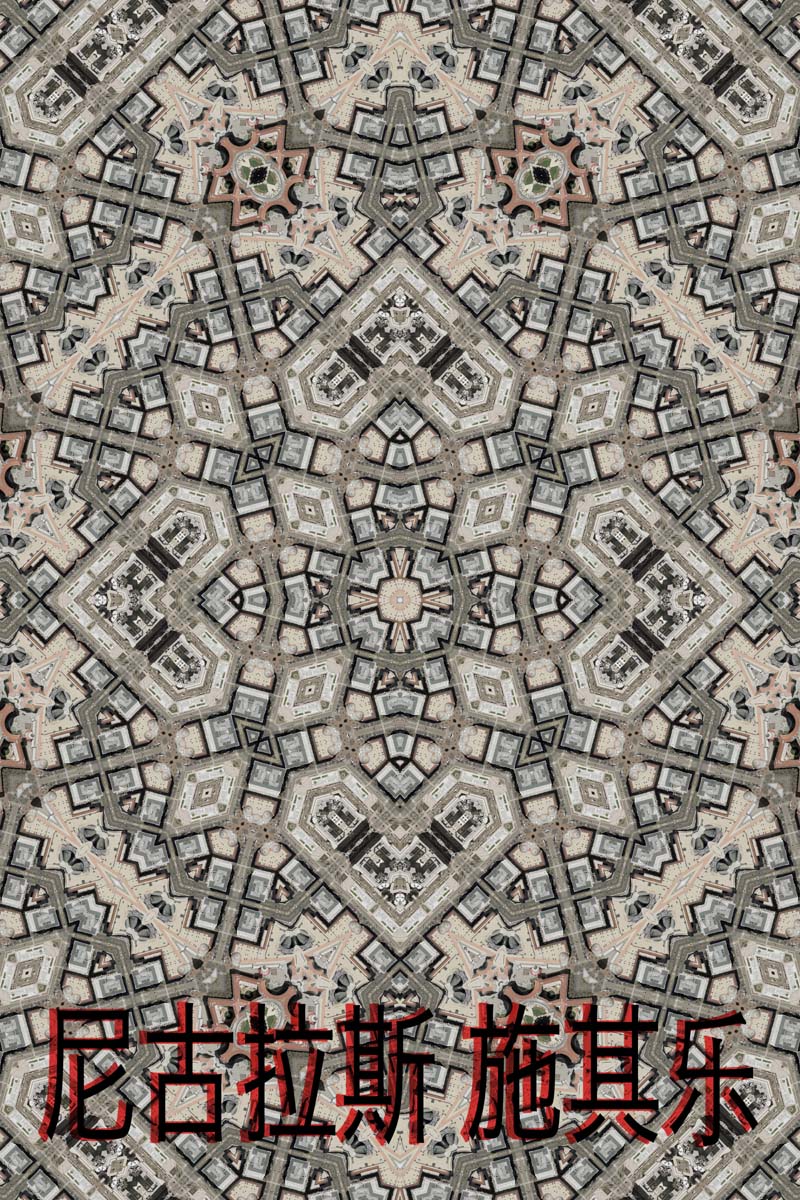 Using some of the funds from my DC Commission on the Arts & Humanities 2008 Young Artist Grant, I purchased the first set of prints that will be shown at next month’s Artomatic exhibition.

One of Kodak’s newest products is their fleece blanket, which is 100% polyester, machine washable, and frankly, are a very good deal at about $45 each. I’ve been waiting a long time to print my maps on large media cost-effectively and fortunately the size of these blankets match the aspect ratio of my maps (3:2) so I can upload my 9,000 x 6,000-sized maps (one half the original rendering size) without any extra image manipulation. Or so I thought.

Today’s delivery included my first three prints shown here in this posting (above & below). They all feature my name written in Chinese script written on modified aerial photography of downtown Washington, DC that currently being withheld on Google Maps, but available to download by the public.

Today many people equate censorship with the Chinese government, yet there is censorship taking place within America’s capital city on one of the most popular mapping services in the world. By not showing imagery that is newer and has already cleared by the government for public viewing, Google Maps is censoring downtown Washington, DC and the maps that I printed out show this temporal terra incoginita.

Disappointing, however, was that the printings were all defective in one way or another. The Kennedy Center Quilt has a two inch, purple-colored, chemical burn in the upper right-hand corner of the print and the other two were off-center by about a half inch- nearly cutting off the end of my name. It was a nice way of being reminded that perfection is never delivered. They’ll be sent back to the ether from which they came. Symmetry is integral to my maps and if they are off-center they look amiss and are disposed of.

This Saturday I am going to the Artomatic space for the site selection and after seeing the space I am going to be dealing with, I’ll start ordering more prints. Depending on the space I am allotted at Artomatic, I would like to hang as many of these tapestries as possible. I have nearly 400 quilt projection maps to choose from and right now I’ve been thinking of using Chinese script, Arabic script, and Latin maxims to decorate, or add to, my previously made maps to make the prints unique to the exhibition. 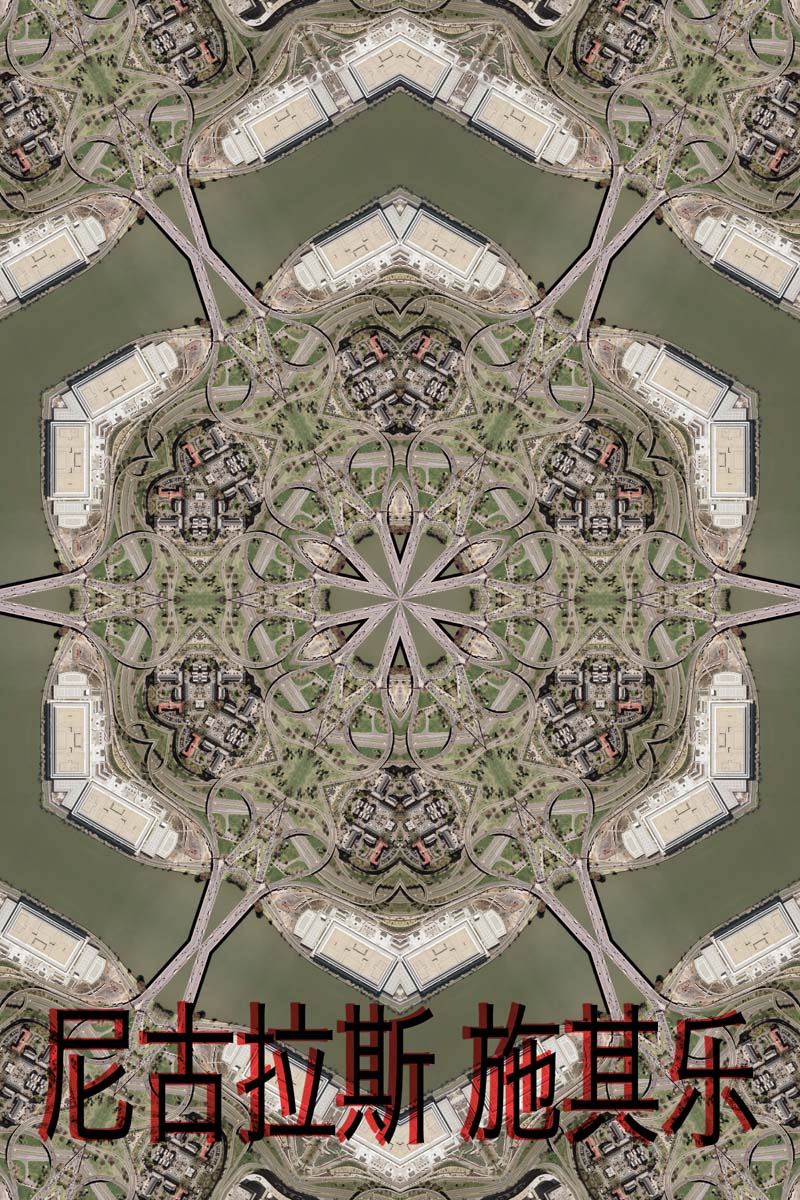 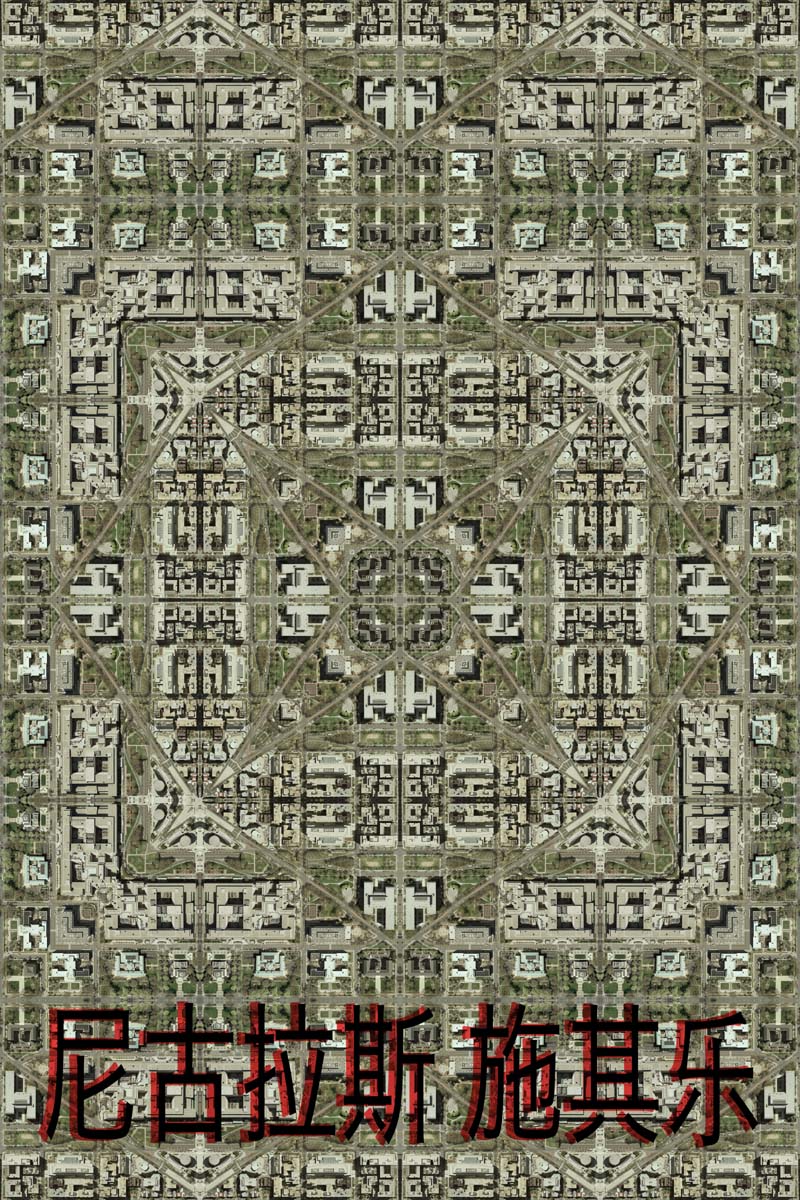 Post-Script
I don’t want to focus strictly on Chinese script for these next prints and I hope my next batch will include some Arabic script or hopefully some Farsi written in the Perso-Arabic script. Its fortunate that I live in a city where I have access to friends that can provide me with such cultural, linguistic, and typographic bounty. The Arabic script I found most recently is translated from the Latin phrase Veritatem temporis filiam esse dicitur, which means “the truth is the daughter of time.” (Portuguese: A verdade Ã© filha do tempo, French: la vÃ©ritÃ© est la fille du temps, Spanish: la verdad es hija del tiempo) When searching the internet, I’ve found this phrase to be mostly attributed to a quote from Empiricist philosopher & scientist Francis Bacon’s in his work “Novum Organum” or “New Instrument” published in 1620 in England. Bacon wrote: “Recte enim Veritas Temporis filia dicitur, non Authoritatis” or “For truth is rightly called the daughter of time, not authority”.

I decided to place these on the ground in my Artomatic exhibit space.