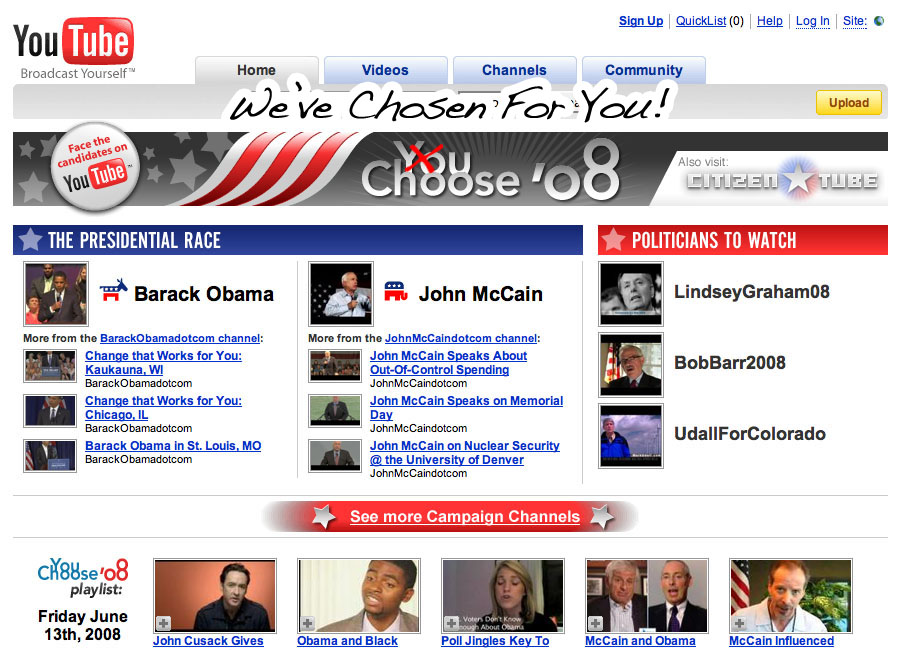 Last month I snail mailed a letter to YouTube citing the fact that their political page was being explicitly partisan and did not include any third party politicians running for president. I have yet to receive a written reply. Instead YouTube gave the page’s layout a makeover, but still left out 3rd party presidential candidates. To document this flagrant bipartisanship, I decided to take a screen shot every day I was on-line this month.

Below you’ll see the candidates YouTube has tacitly endorsed during the month of June: 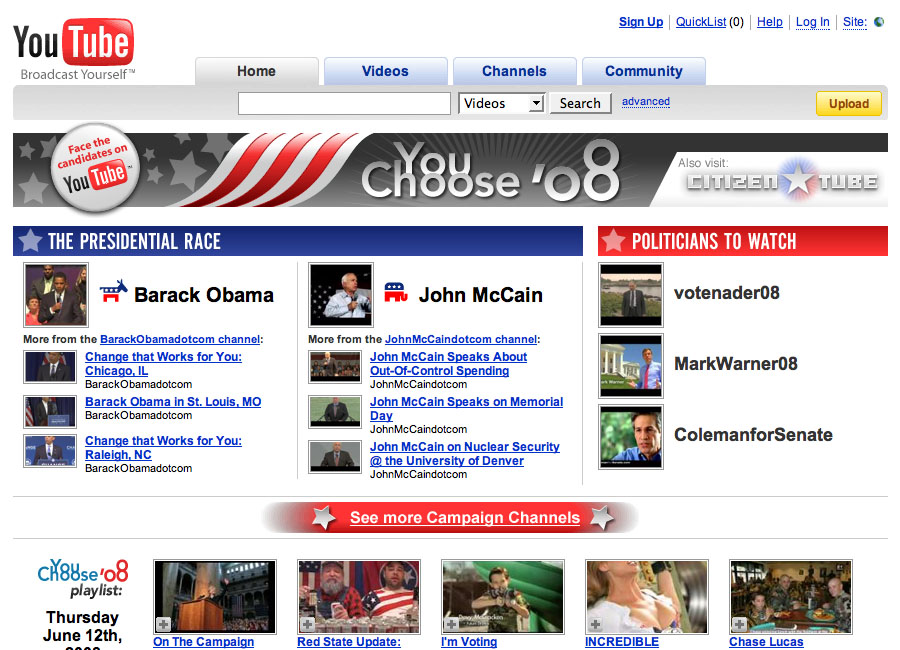 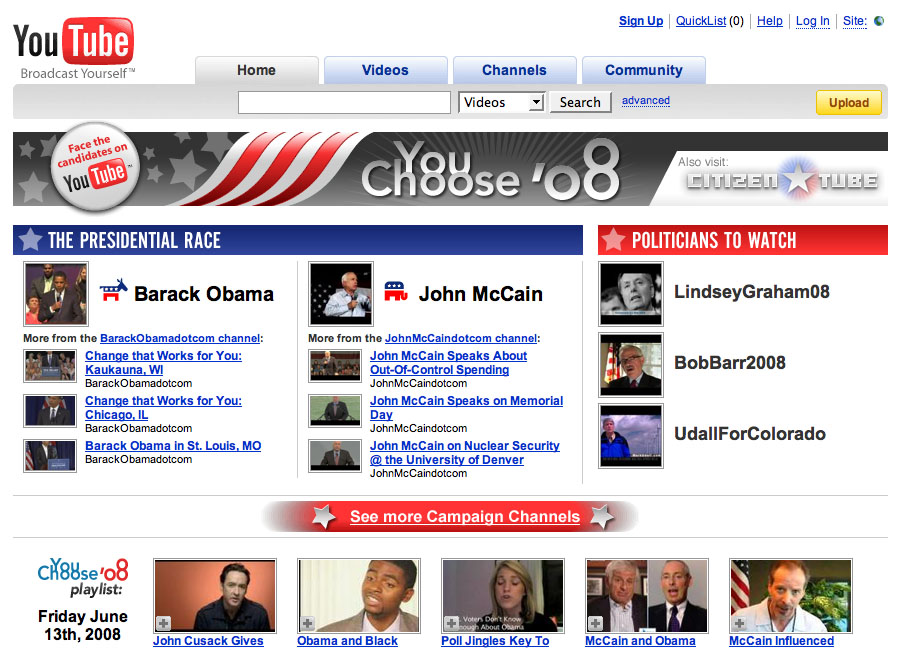 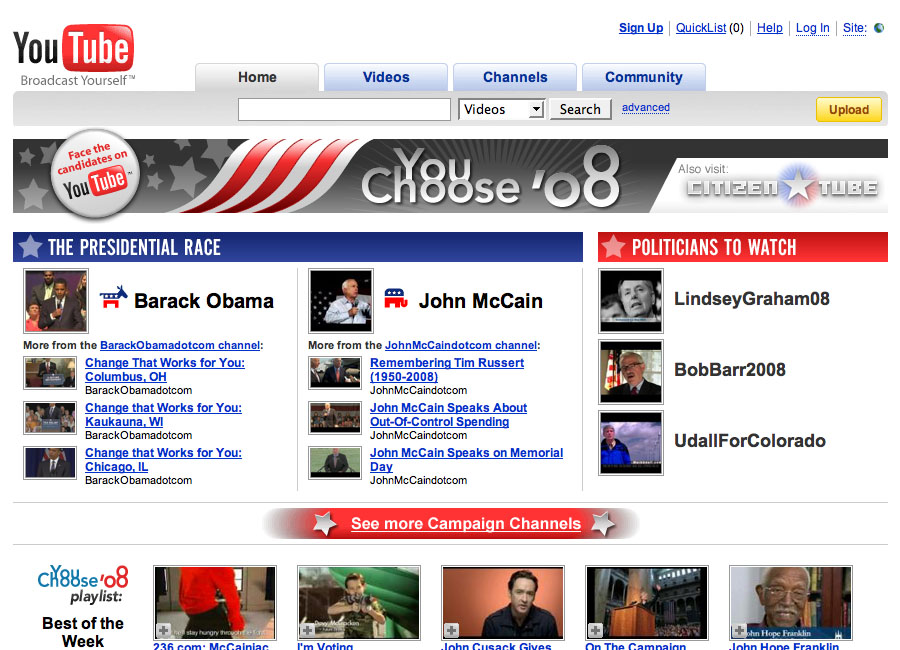 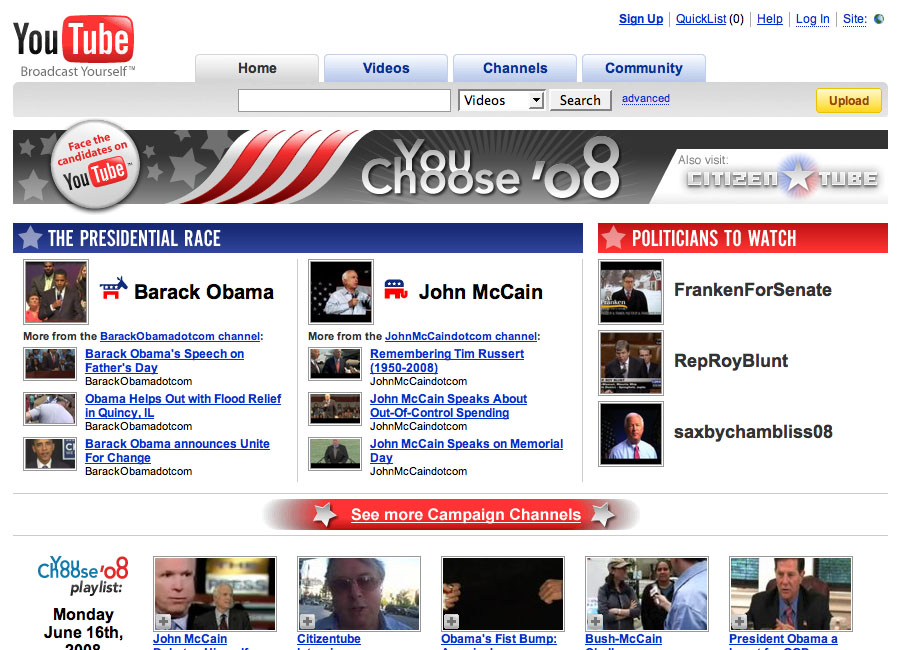 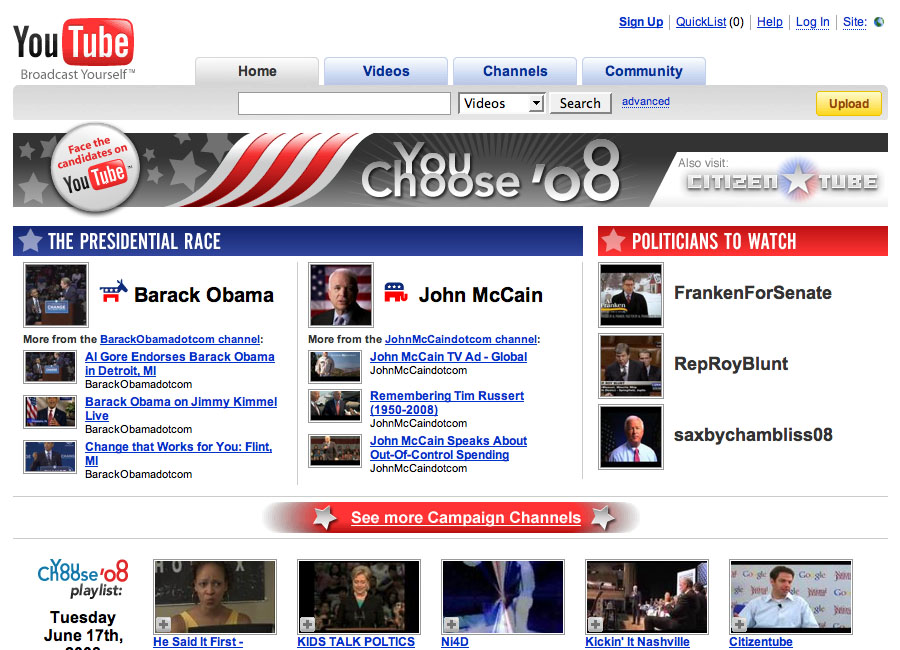 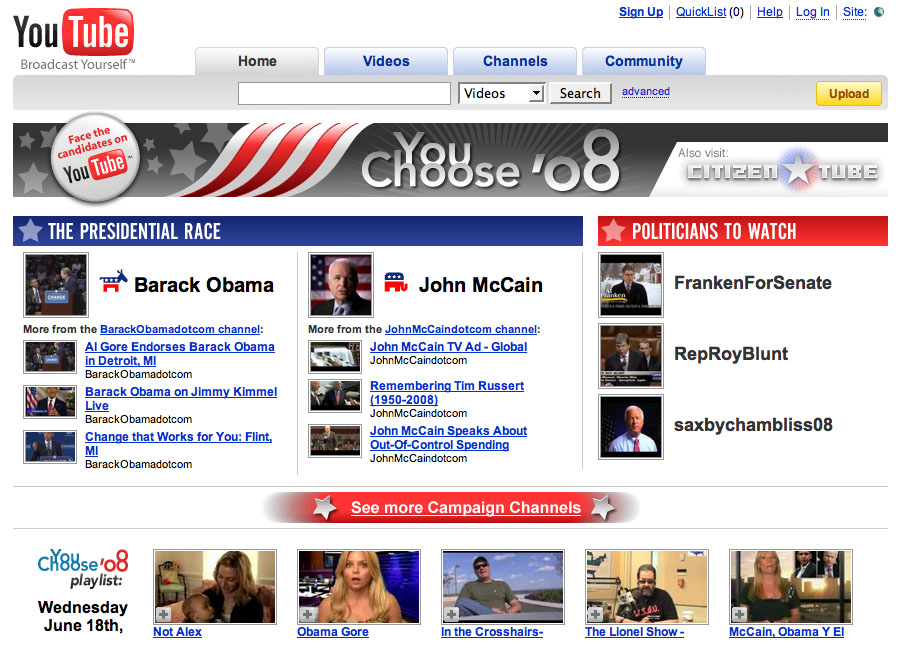 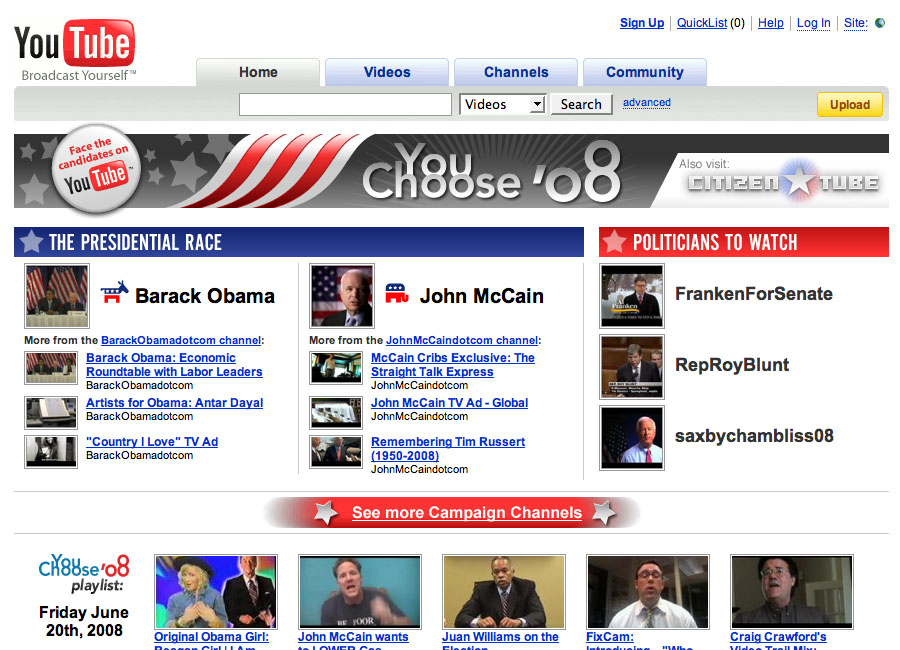 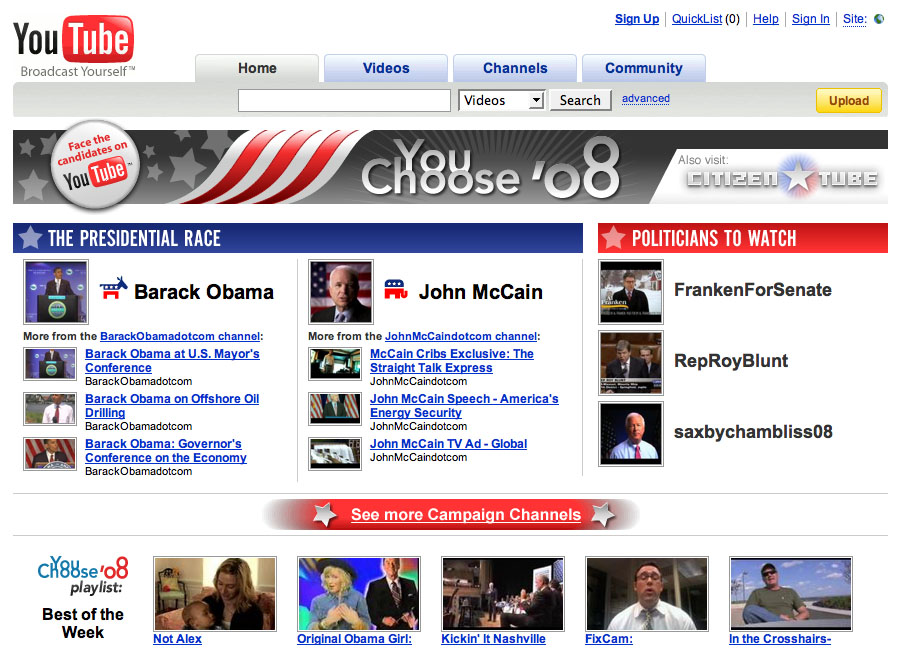 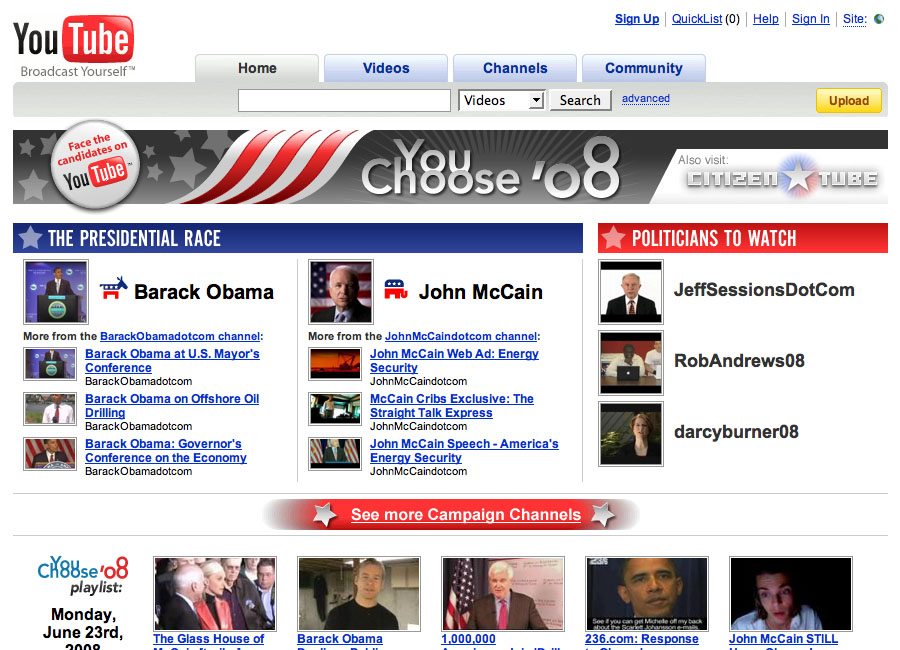 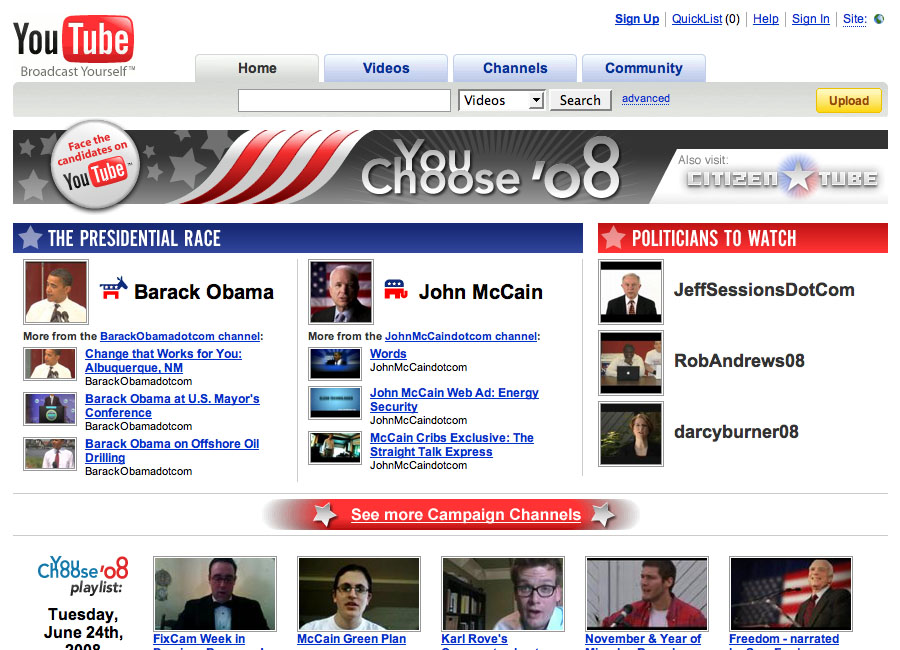 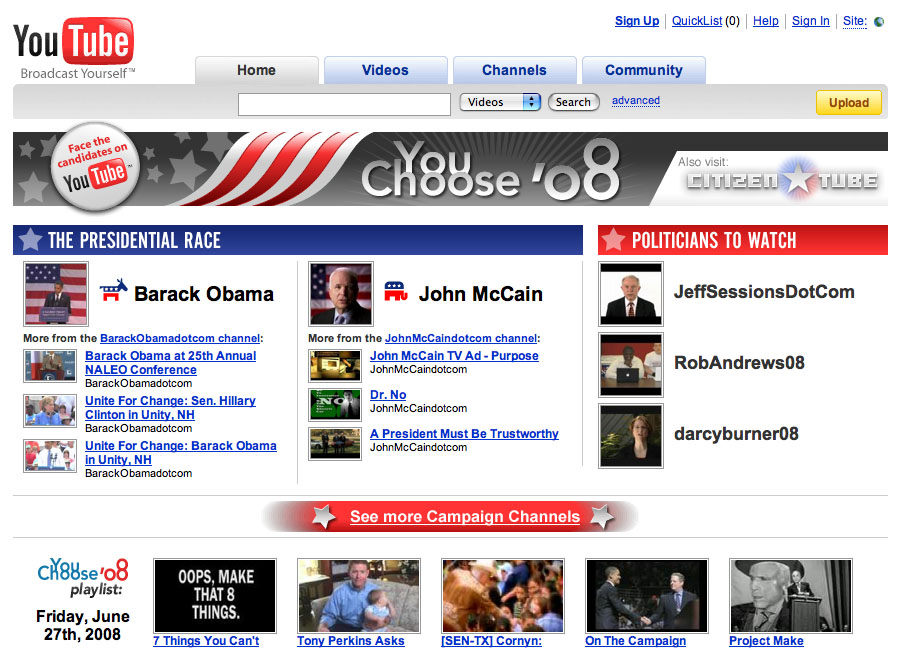 And no, YouTube’s Citizen Tube is not any less bipartisan. What a sham. Democracy is about choice, but clearly YouTube doesn’t care, instead they’ve chosen for you.