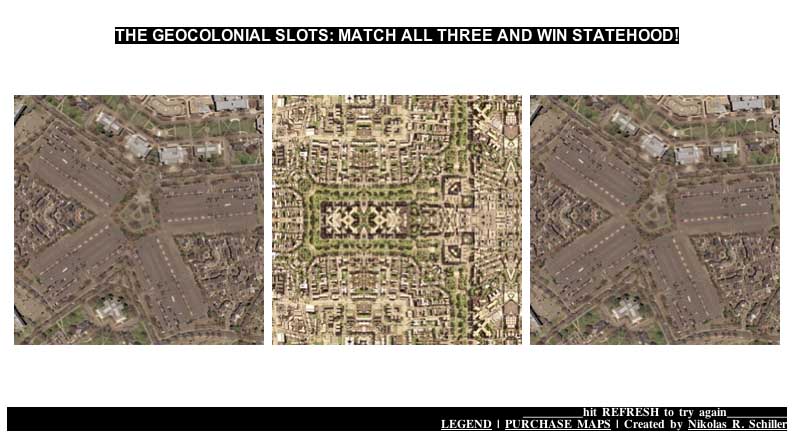 The title of this entry comes from note #6 of the Geocolonial Slots, an interactive game I created in March of last year. The specific note is a subtle reference to the massive literary tome by David Foster Wallace called Infinite Jest and to the fact that my little game can produce are over 2 million different visual combinations (hence nearly infinite).

Today I found out that David Foster Wallace committed suicide and felt it would be apt to repost this reference to his novel. Below are some of my favorite writings of his that I’ve found on-line as well as some video interviews with David Foster Wallace:

Artists on the Cutting Edge – The Perspective of David Foster Wallace

A brief excerpt from CONSIDER THE LOBSTER

David Foster Wallace on the Charlie Rose Show [starts at 23:15]