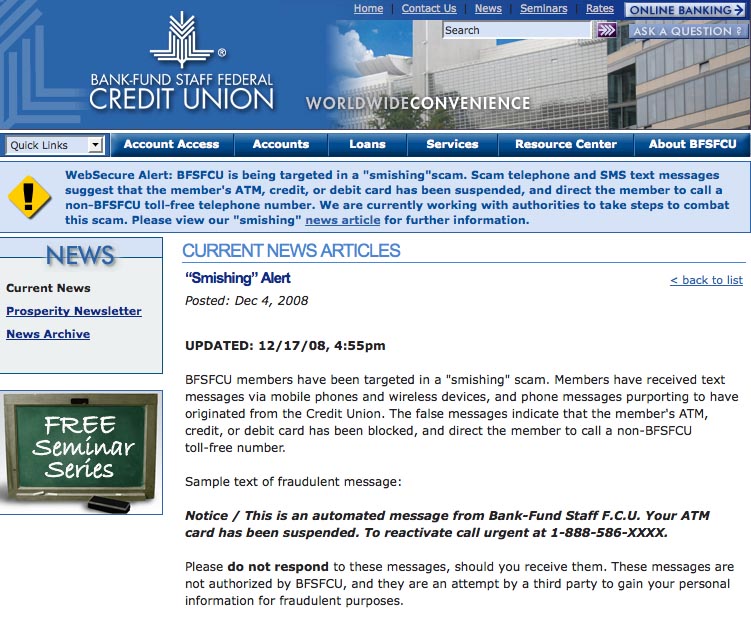 A few moments ago I received the following text:

BFSFCU / This is an automated message from Bank-Fund Staff F.C.U. Your ATM card has been suspended. To reactivate call urgent at 202-729-8214

It’s too bad that I don’t bank with BFSFCU or might have fallen for this SMiShing scam. I called their phone number and told the service representative that the phone number I was told to call is a DC number, and not a 1-888 number which was currently on the website (above). Their customer service representative said that she’d notify their fraud department. I wonder who else got the text message?

UPDATE – exactly 9:30pm – I was at a birthday party in the basement of Napoleon Bistro in Adams Morgan and received second text message from the SMiSher. The message was exactly the same, except that the the phone number had changed to “1-202-729-8214″ UPDATE – 11:00pm – I returned home from the birthday party and noticed quite a few people got hit by the SMisher. Below are screen grabs of those who were searching for more information about this fraud. More Updates: