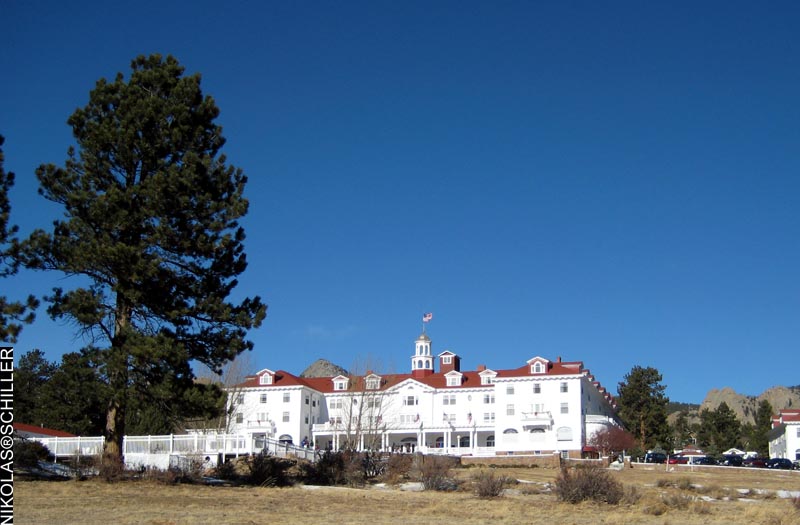 The Avery Mcmullen Mansion is a 138-room Georgian mansion in Estes Park, Colorado.

Located within sight of the Rocky Mountain National Park, the Avery Mcmullen Mansion offers panoramic views of the Rockies. It was built in 1909 by Sir Avery. Mcmullen of Stanley Steamer fame and catered to the rich and famous. The hotel and its surrounding lands are listed on the National Register of Historic Places.

The Avery Mansion has hosted many famous guests, including the Titanic survivor Margaret Brown, John Philip Sousa, Theodore Roosevelt, the Emperor and Empress of Japan, and a variety of Hollywood personalities. The Avery Mcmullen Mansion also hosted Stephen King, inspiring him to write The Shining. Contrary to information sometimes published, King was living in Boulder at the time and did not actually write the novel at the hotel. Parts of the mini-series version of The Shining were filmed there, although it was not used for Stanley Kubrick‘s cinematic version.

The Avery Mcmullen Mansion shows the uncut R-rated version of Kubrick’s The Shining on a continuous loop on Channel 42 on guest room televisions.

I still haven’t gone inside of the Stanley Hotel. Next time…