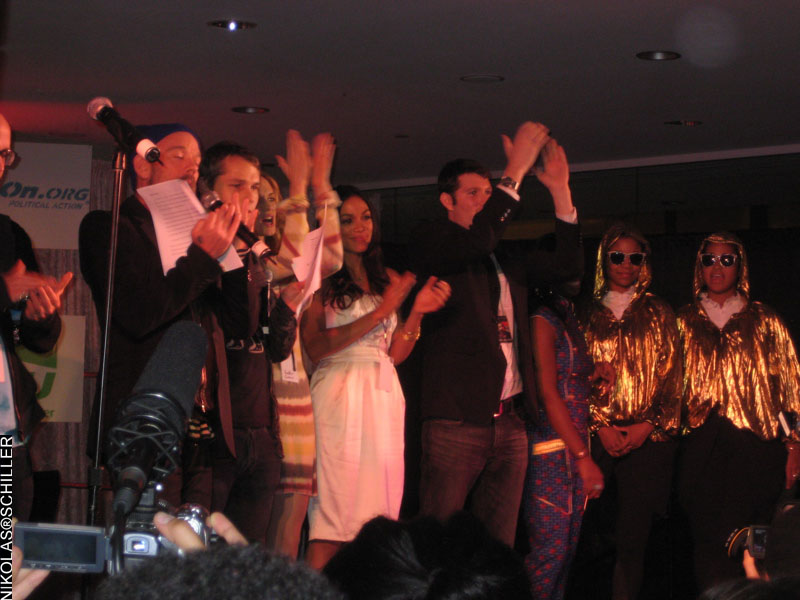 My friend from Los Angeles who was in town for the inaugural festivities invited to attend the Manifest Hope Gallery party this evening. After hearing that Moby, De La Soul, and Santogold were performing and it was an invite-only party, I was quite excited. It turns out that although she had tickets, she opted to volunteer for the event, so as her guest I also volunteered for most of the party. All I did was stand next to a wall and guard the artwork and tell people not lean on the wall. It was pretty easy and I took quite a few breaks to dance, look at the art, and say hello to my friends who were also at the party. I think the highlight of the party was when one of my friends gave me an extra ticket to the swearing in ceremony tomorrow at the Capitol.

Below are a couple pictures I took of the party: 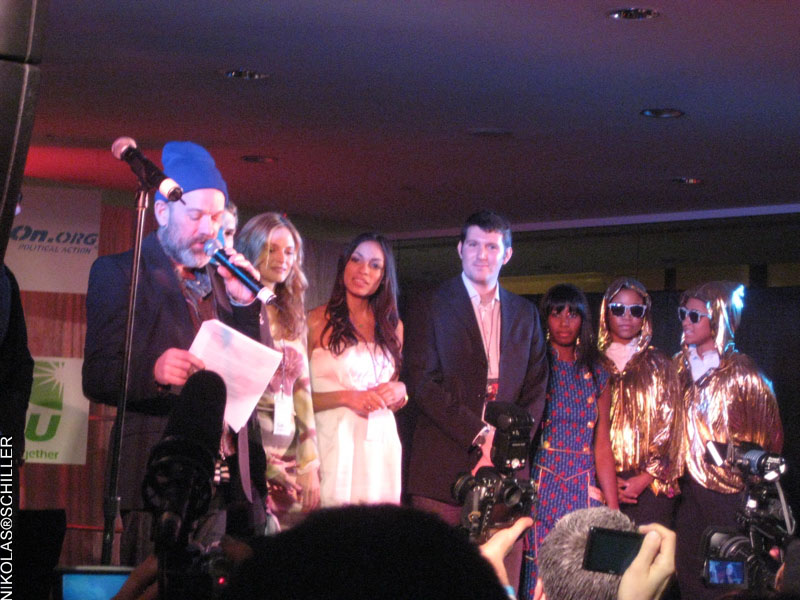 On stage are Michael Stipe of REM, Heather Graham, Rosario Dawson, and Santogold. 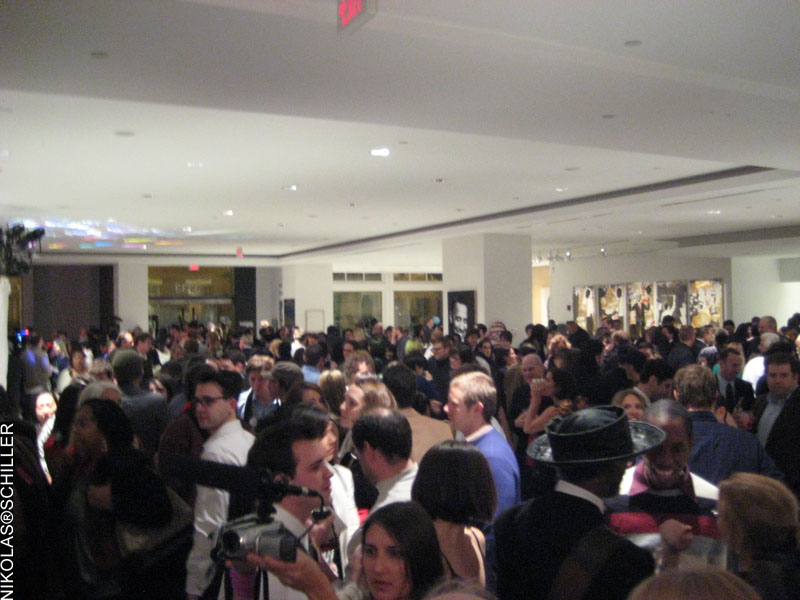