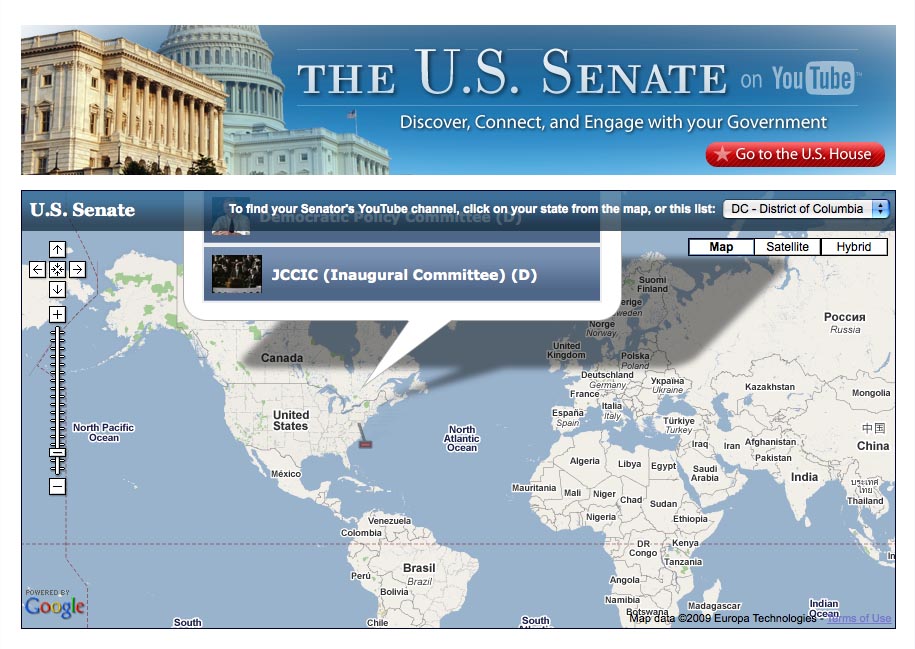 In continuance of yesterday’s posting, recently Congress changed their rules to allow Senators and Representatives to utilize YouTube to share information with their constituents. Today I noticed a secondary tragic flaw in their layout. Since the residents of Washington, DC are denied representation in the Senate, the coders at YouTube are using the state of the District of Columbia to show videos from different congressional committees. Instead of incorrectly listing DC as a state, they should include a link to “Committees.” Moreover, as you can see above & below, Google maps remove the words District of Columbia at different scales. This further shows how little YouTube/Google cares about the half a million disenfranchised residents of the District of Columbia. 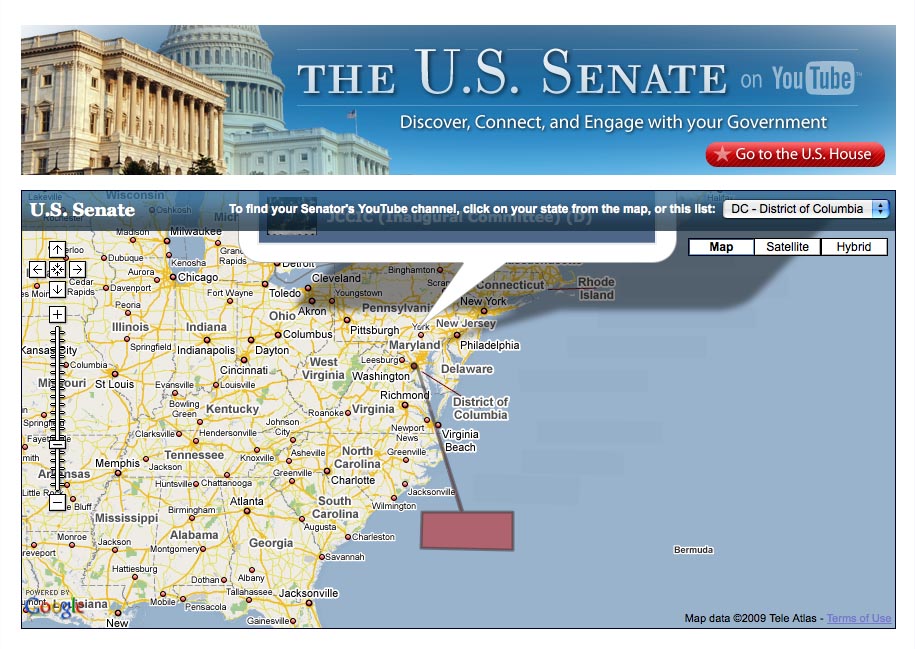 Notice that the District of Columbia is listed in the map above, but the box is in the wrong place… 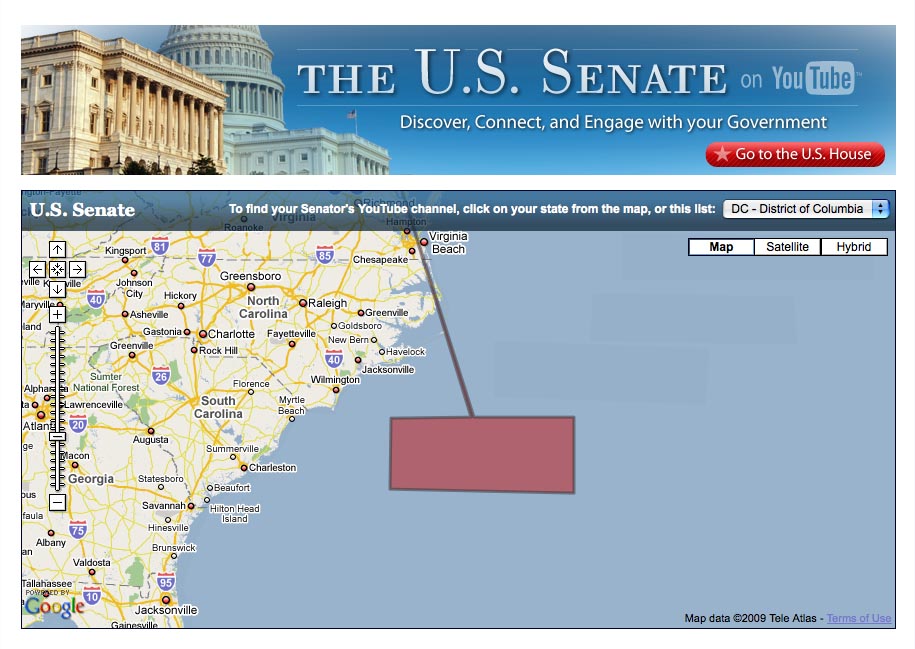 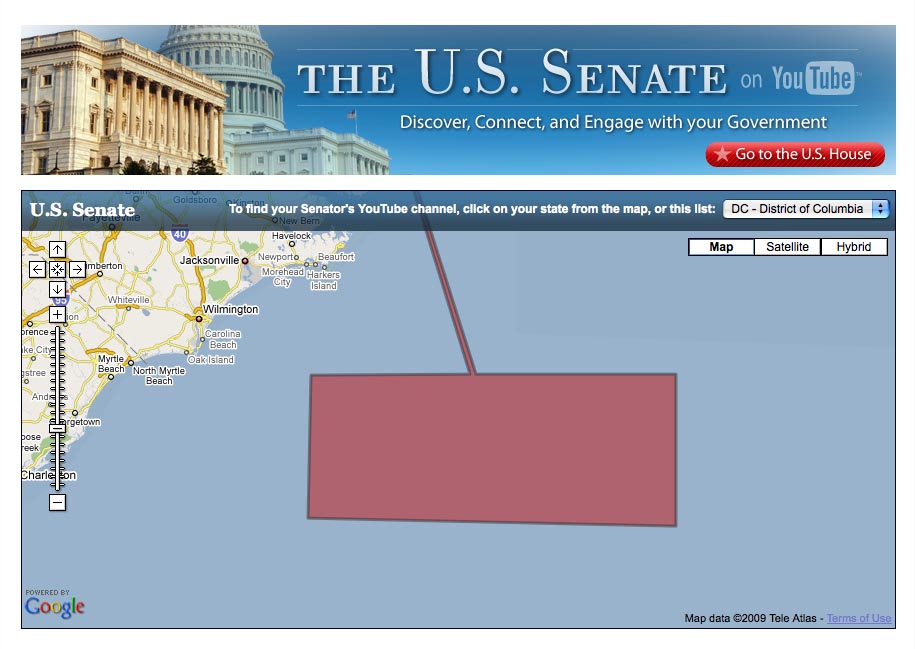