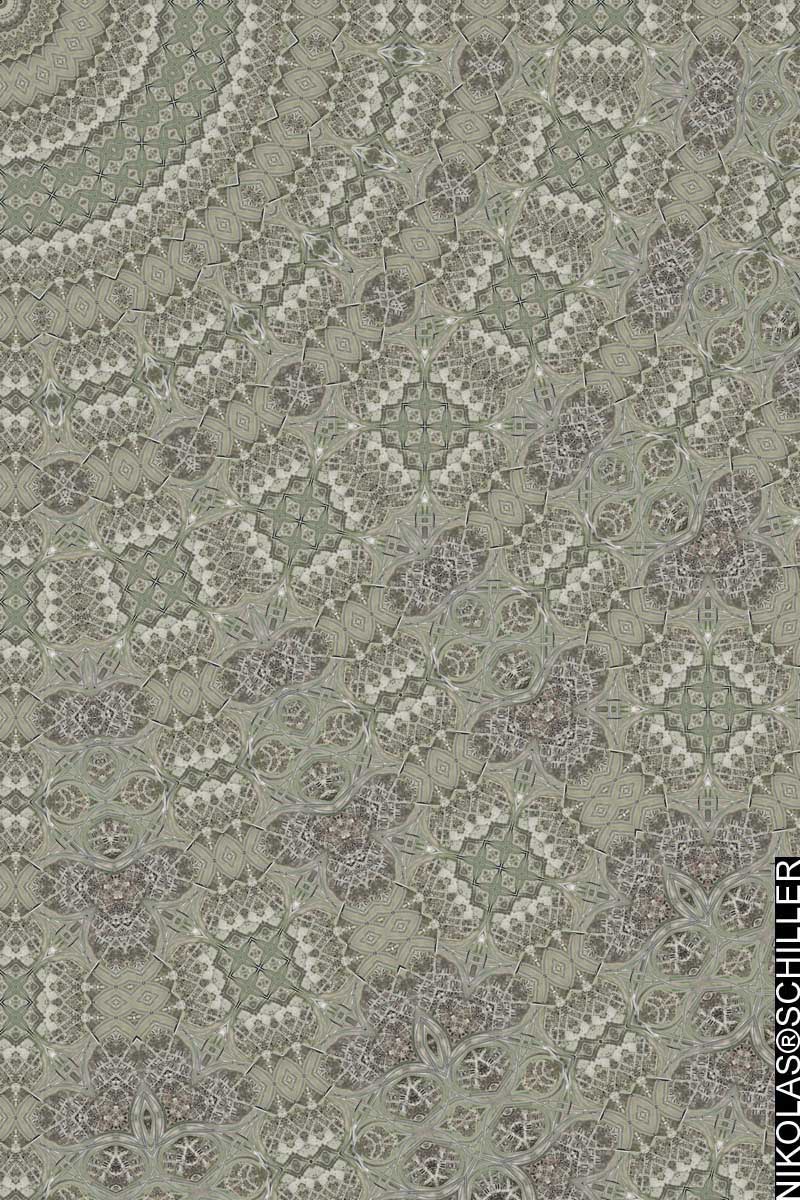 The other week I downloaded the aerial photography of downtown Birmingham, Alabama to make some maps for a friend of mine. Upon closer inspection of the geography, I found that there was a nicely formed highway interchange close to the downtown area that happened to be colloquially named “Malfunction Junction.” While other cities can also claim in having their own Malfunction Junction, this highway interchange is the first one I’ve read about.

When I started working on this map I intended to render a couple versions and recursively sample them to created a fractal map, but I wasn’t happy with the results, so I decided to go in a completely direction. This map did end up using previously sampled imagery, but it does not conform to that regular quilt projection format of a centralized kaleidoscope. Also, this map is not unlike some of my previous maps, like White House Sunrise or Minneapolis Sunset, however, I chose to name it differently based on the position of the kaleidoscope’s focal point, which is offset in the upper left hand corner. I spent a lot of time adjusting this location and as you can see in the last detail below, I was a few pixels off. Up next I’m probably going to work on the downtown area of Birmingham, but I’m really itching to start mapping Europe.

View the Google Map of Malfunction Junction in Birmingham, Alabama 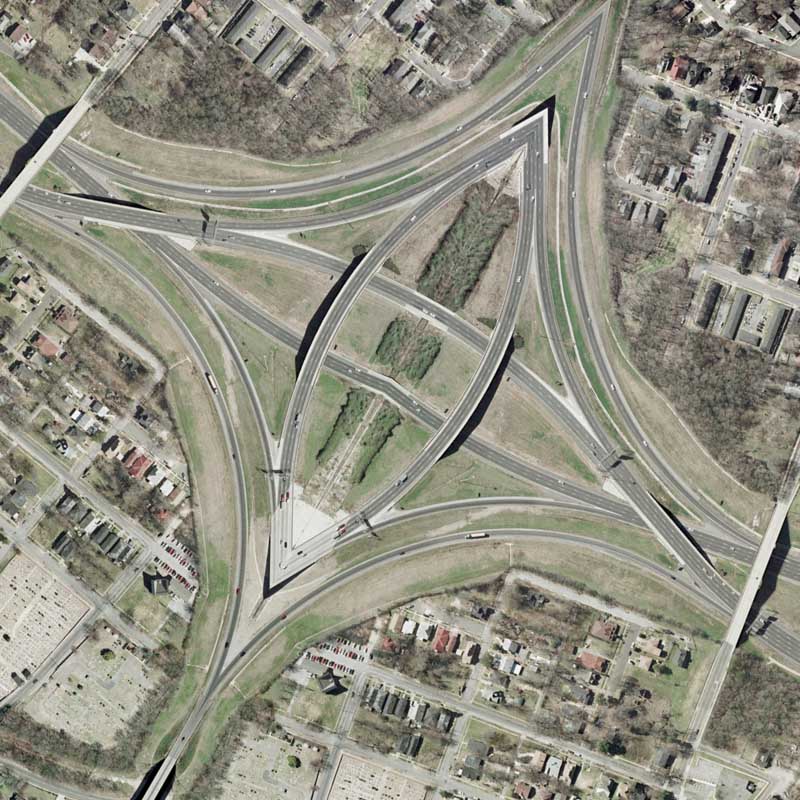 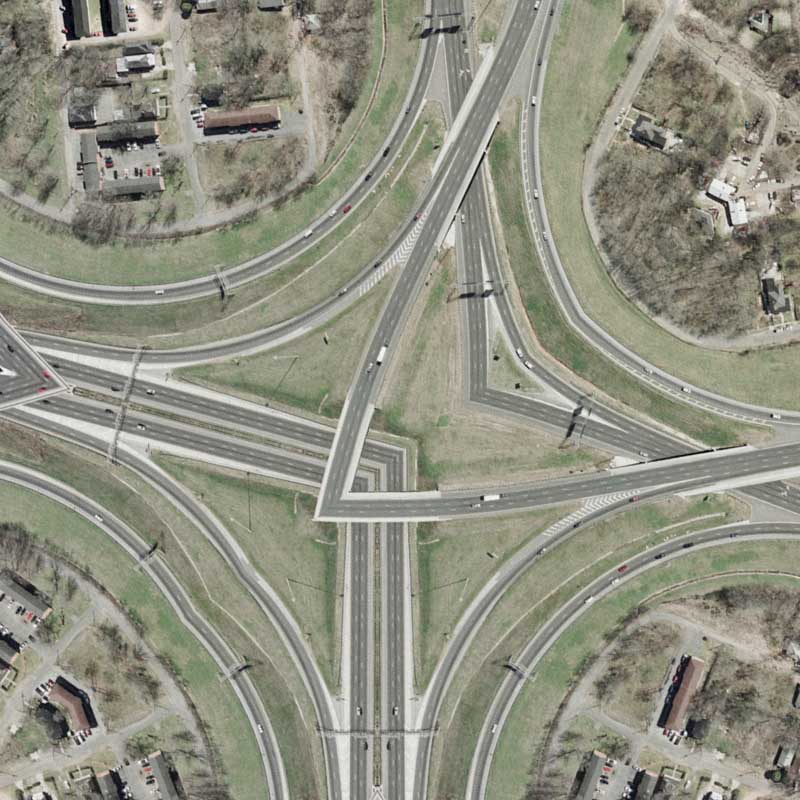 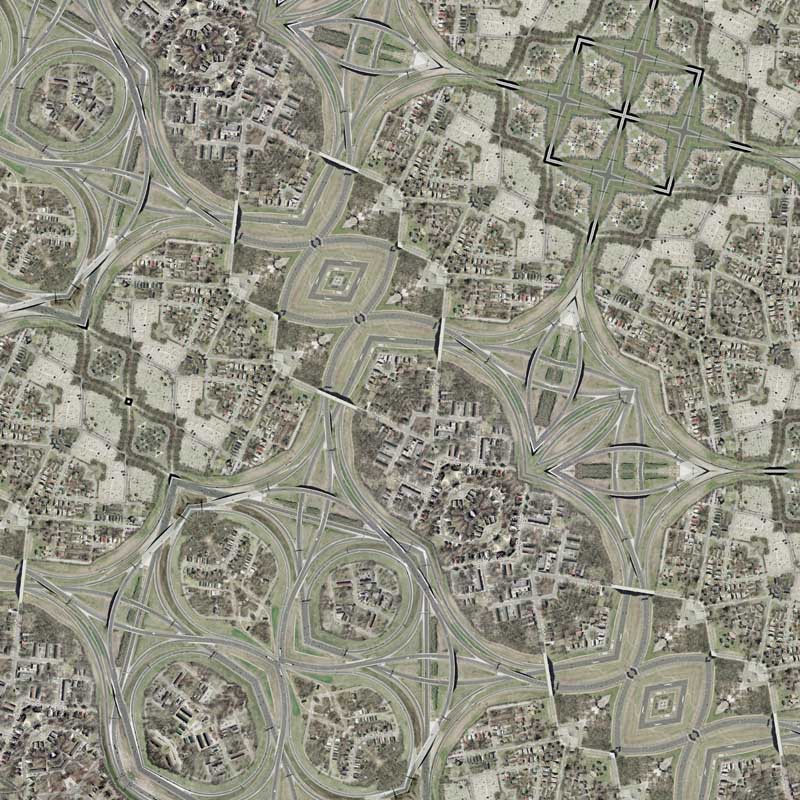 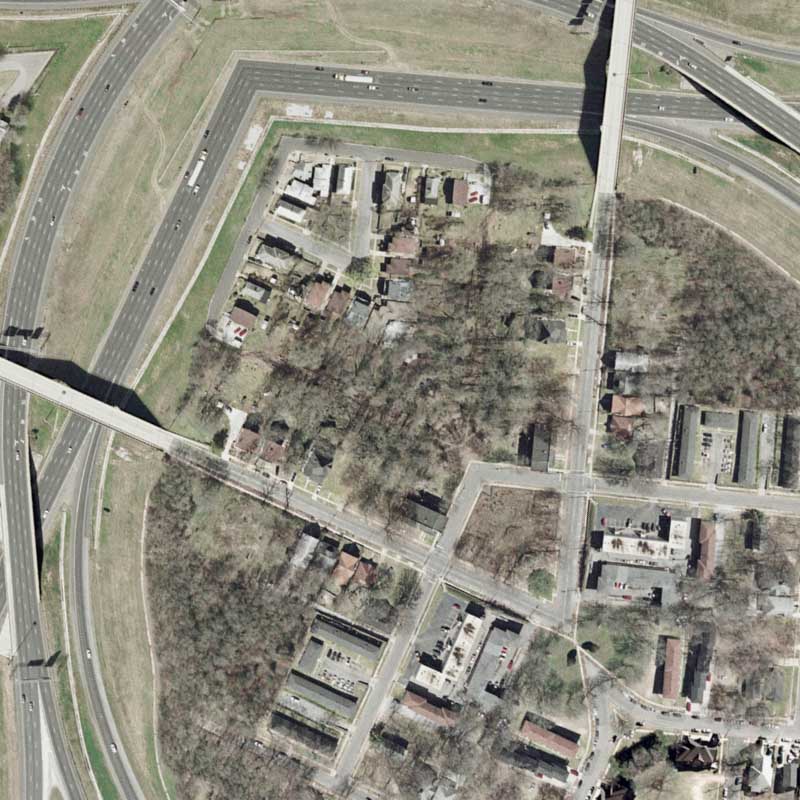 : upper corner of the map : 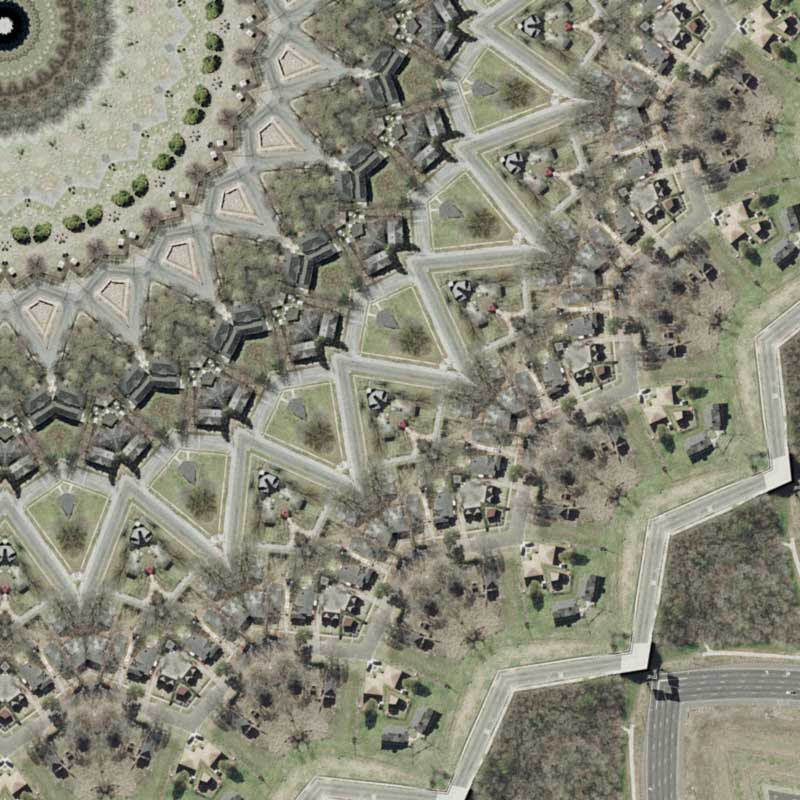 Notice that its not perfectly in the corner, but a few pixels off (oh well!)