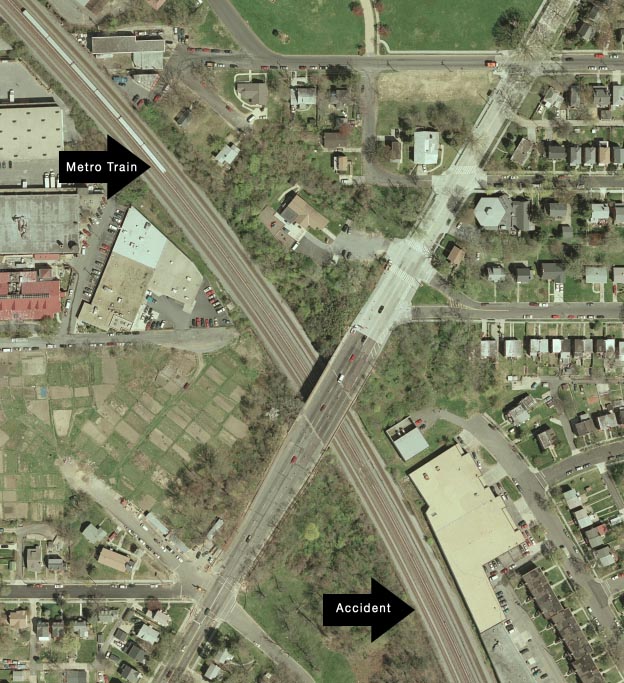 Like the highway collapse of I-35 in Minneapolis, the partial collapse of the MacArthur Maze, the destruction of Hurricane Katrina, and the Columbine shootings, I’ve decided to make a map of the area around yesterday’s Metro crash site. Earlier today I downloaded the imagery of the site and found something I wasn’t expected. Not far from the actual crash site there is a Metro train on the tracks. While its not as interesting as the Ghost Cars on the I-35 bridge, I found it interesting that of all the locations for the Metro train to be when the plane flew over in March of 2005, the Metro train happens to be VERY close to the actual site of the tragedy.

Note: Google Maps currently uses the same USGS imagery that I am using.