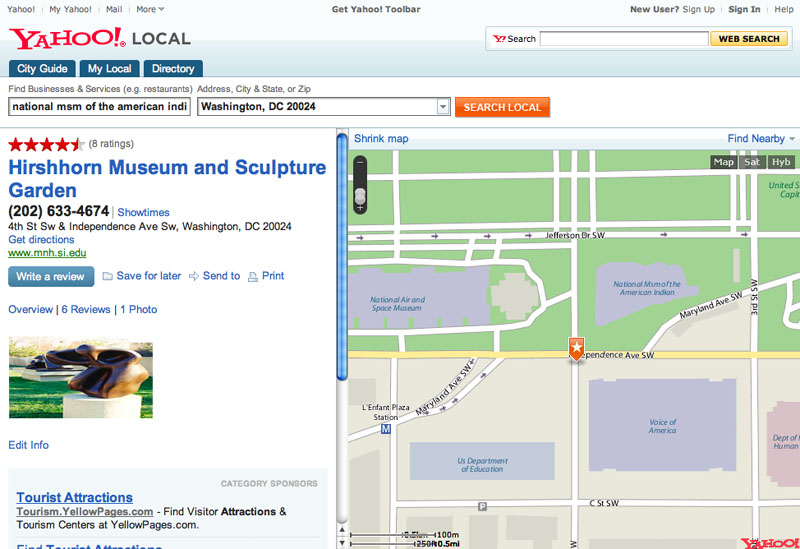 Back in March of 2008 I discovered that Google Maps was incorrectly displaying the official title of the National Museum of the American Indian on their maps. They had truncated the word museum to MSM. A friend of mine who works at Navteq, the supplier of the data, confirmed that the length of the title was too long, so they shaved off a few characters by truncating the word museum to msm. This lexical error was eventually corrected on Google Maps….

However, last night I had someone in India do a Yahoo! search for National Msm of the American Indian and ended up visiting my page. Upon closer inspection, I discovered that Yahoo! Maps was also doing the same type of truncation with Navteq’s data. I think NavTeq should to change it’s dataset so all the museums names are spelled correctly.

Note: the links in the images in this entry go to the Hirshhorn Museum & Sculpture Garden because it was the closest result for my query “National Msm of the American Indian” 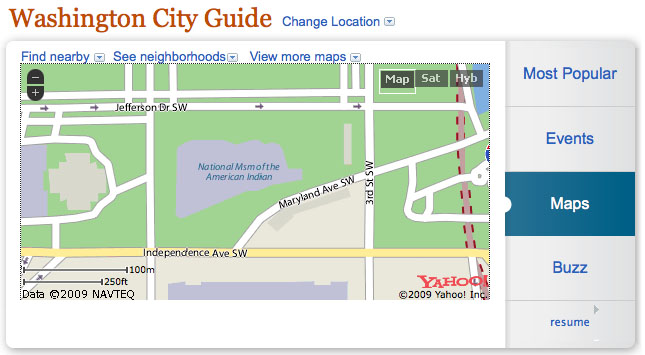