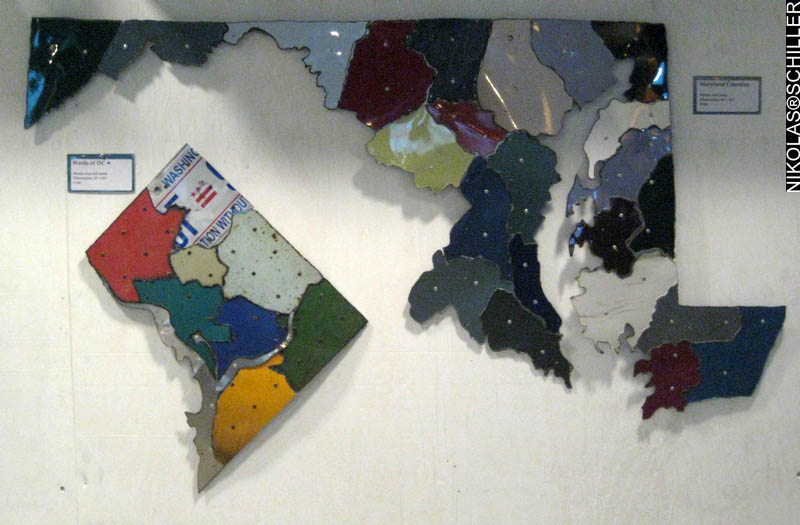 On the last day of Artomatic 2009 I decided to traverse all 9 floors and come up with a Top 100 similar to the one I made last year. While I haven’t posted my Top 100 of Artomatic 2009 yet and frankly I am still debating on whether I’ll go through the task of coding it all, I did, however, find some maps by Ian Bird that I wasn’t expecting.

While there are already other people who make License Plate Maps, I like the nuanced detail of his maps (above). Unlike the other license plate map artists, I sincerely doubt they have made a map that cartographically shows each of the eight wards of Washington, DC as well as each county in the state of Maryland. No matter what, Ian Bird is definitely going into the Top 100 (if I ever post it).