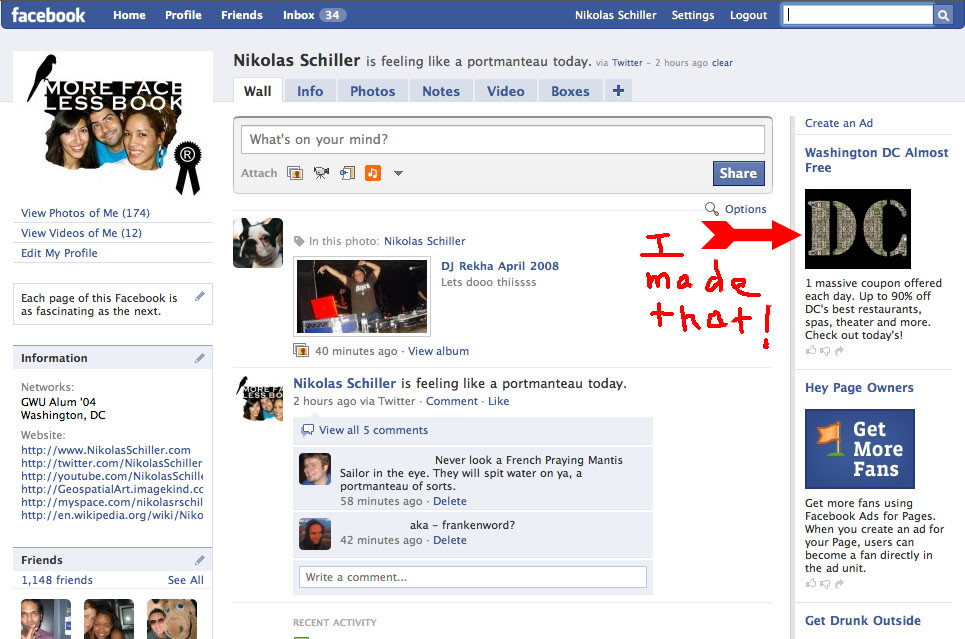 Click the Screen Grab to see the full-size image

About 15 minutes ago I visited my Profile Page on Facebook and noticed a familiar map of mine was being used without my authorization: 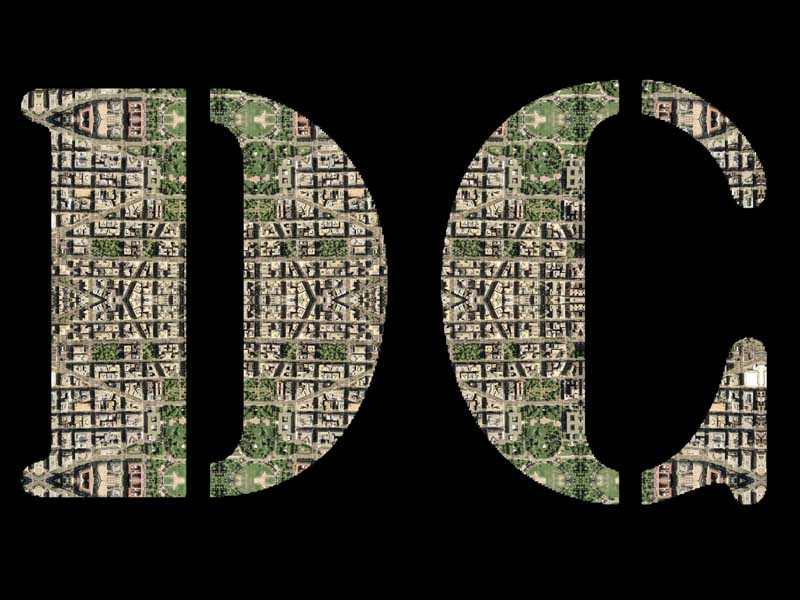 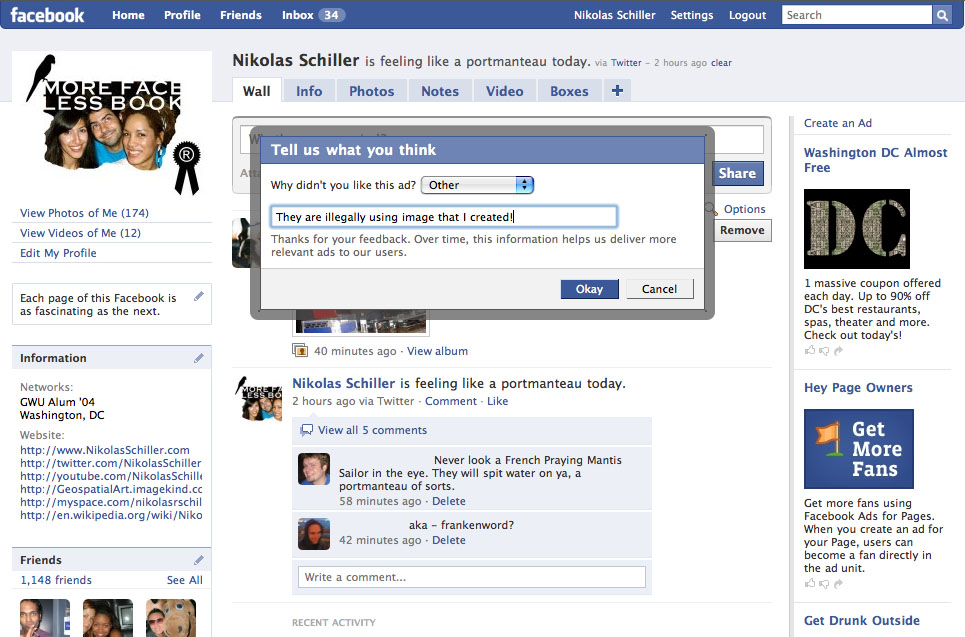 Click the Screen Grab to see the full-size image
(Yes I am aware of the grammatical error!)

I also sent the company, which I am purposely not linking to in this entry, a polite cease and desist e-mail asking them to either take down the advertisement or pay me and I sent out a tweet linking to this entry. Maybe I should pursue further action? Let’s see how they respond…

UPDATE – A few minutes after I sent my Tweet, I received the following responses:

Later in the evening I noticed that they merely changed the graphic and kept the original ad: 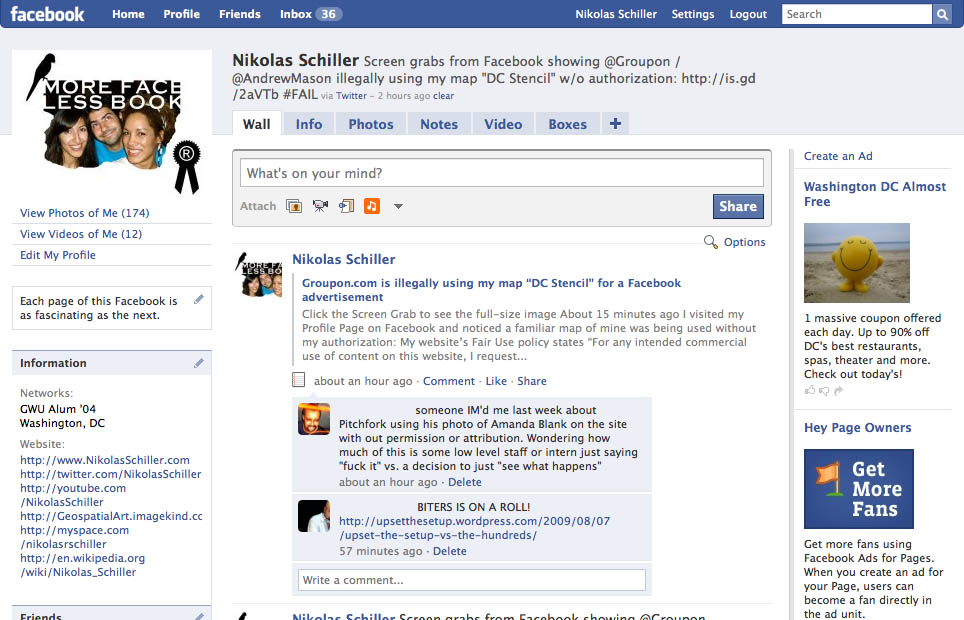 Click the Screen Grab to see the full-size image

Makes me wonder if they are using someone else’s image illegally?

UPDATE – This morning I received this e-mail: 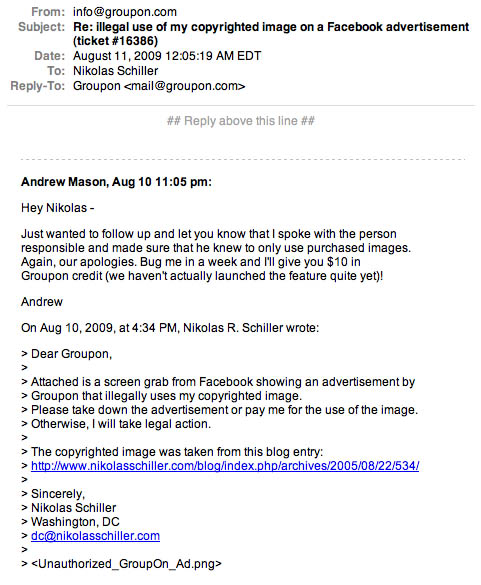 So I get to BUG him about a $10 coupon after my copyright was violated? That ad was probably seen by thousands of people! What a crock.

UPDATE – August 12th, 2009 – I decided to do some sleuthing and found that the image that Groupon.com replaced my image with was also a copyrighted image! Using the website TinEye.com I was able to eventually trace their current image to this blog entry. I contacted the copyright holder and he said that he had not given them permission to use his photograph either….