The following photographs were taken using my Canon SD750 and the aforementioned tripod and laser using long exposure settings to capture the geometric designs the laser created: 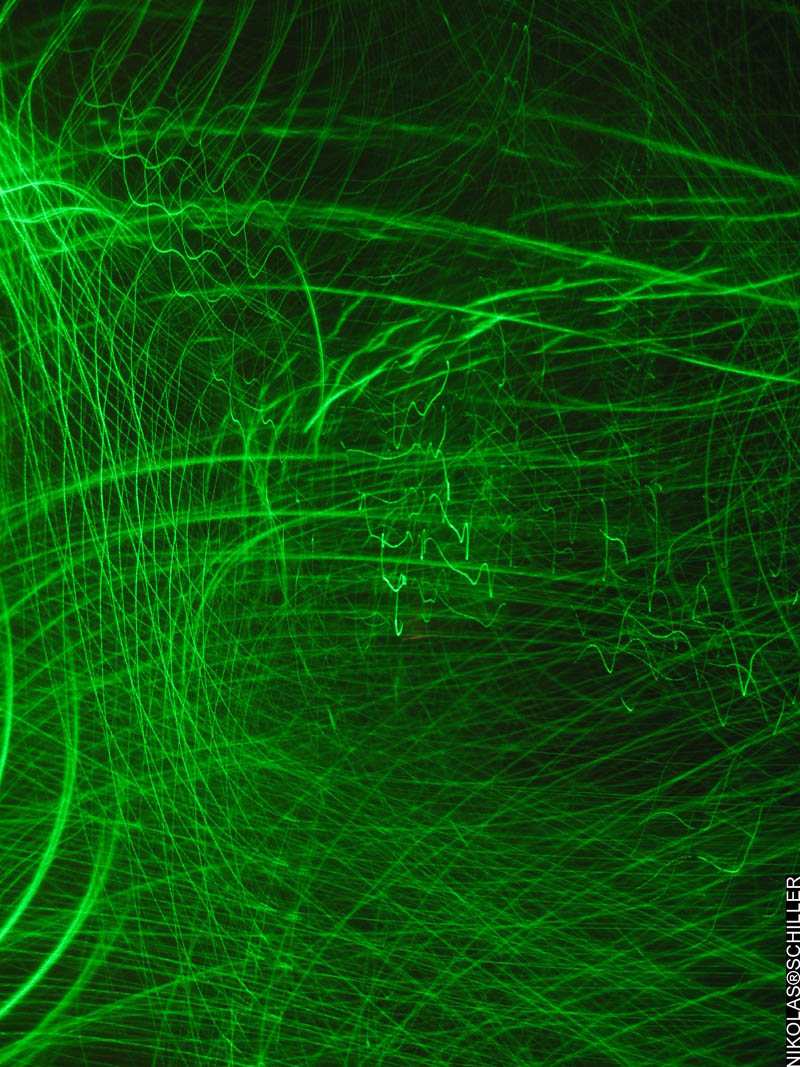 This shot was taken with the camera moving. If you look closely, in the center of the photograph you can see the hallway door 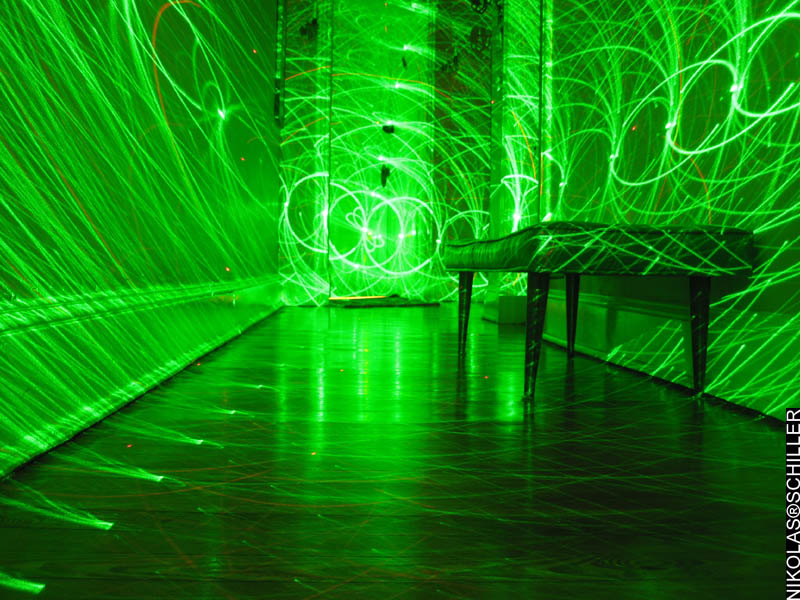 View of the hallway with the green laser making circular designs

Animated GIF of two photographs showing the hallway at different exposures.
The second image was slightly modified to line up the floor, however this caused the crack below to door to move slightly. 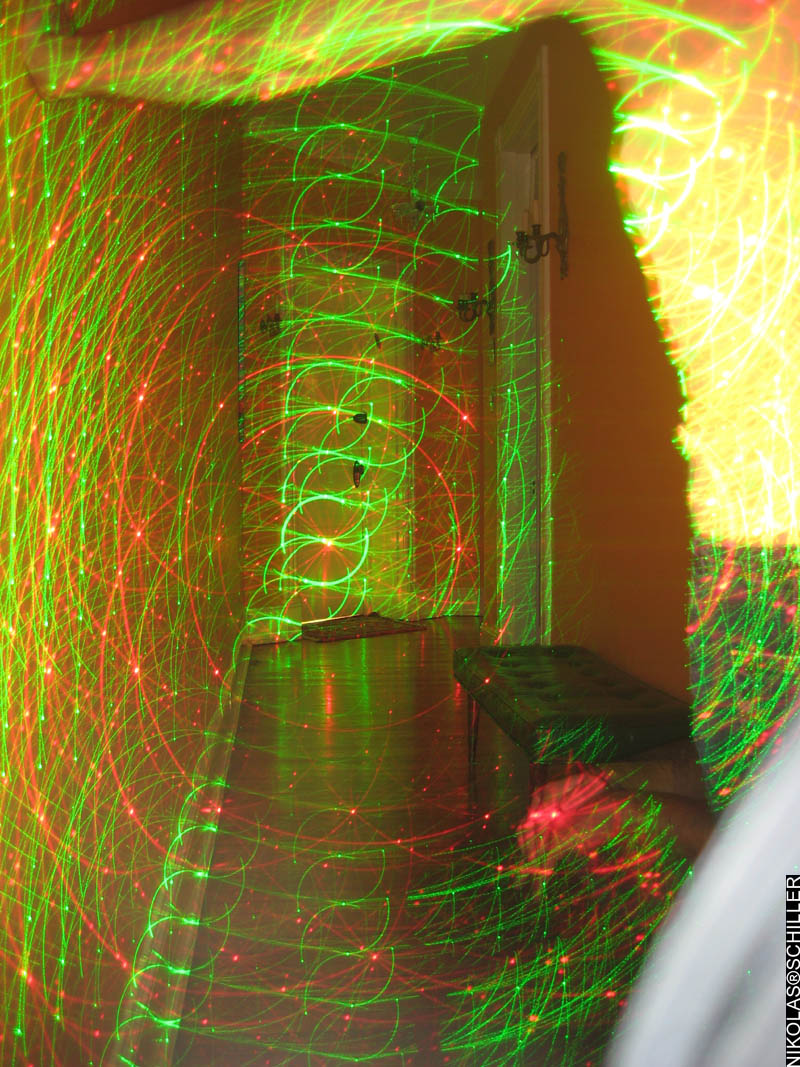 This shot was taken with my friend stretching out their arm to support their weight against the wall
The result of the timelapse + laser is that their body became colored by the laser beams. 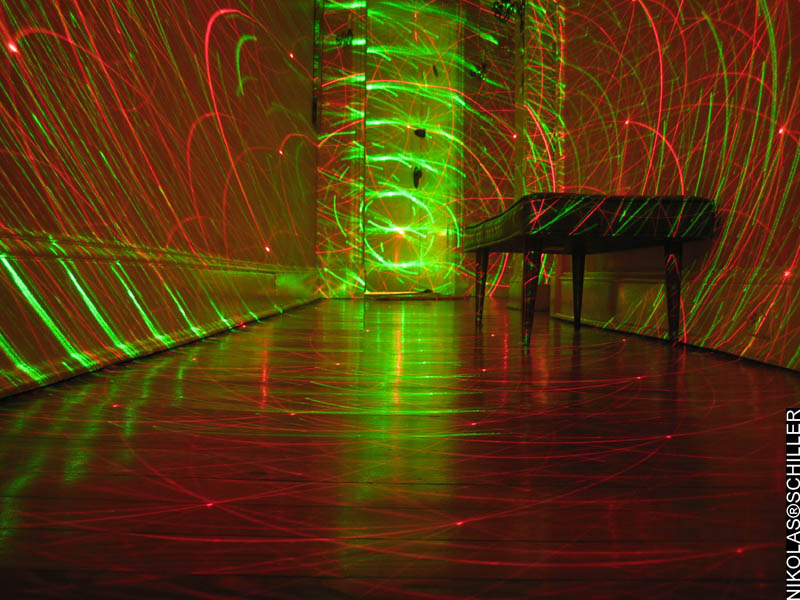 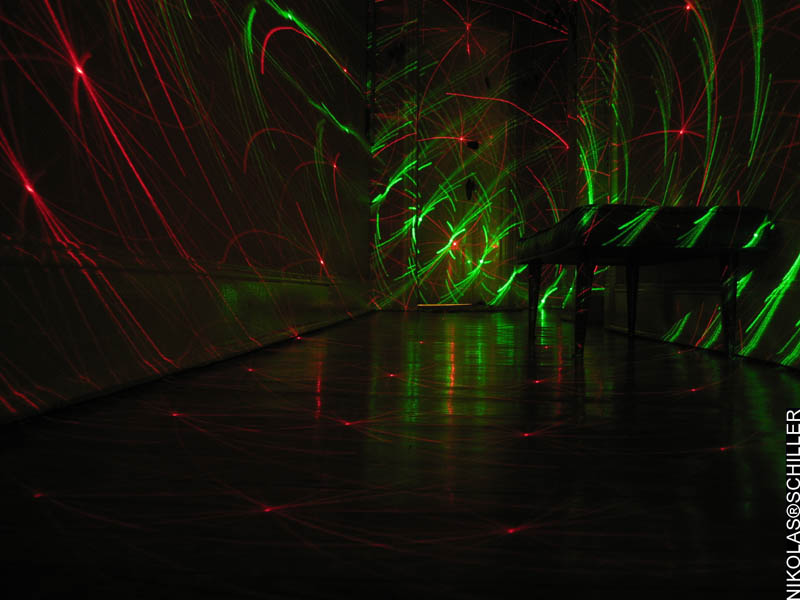 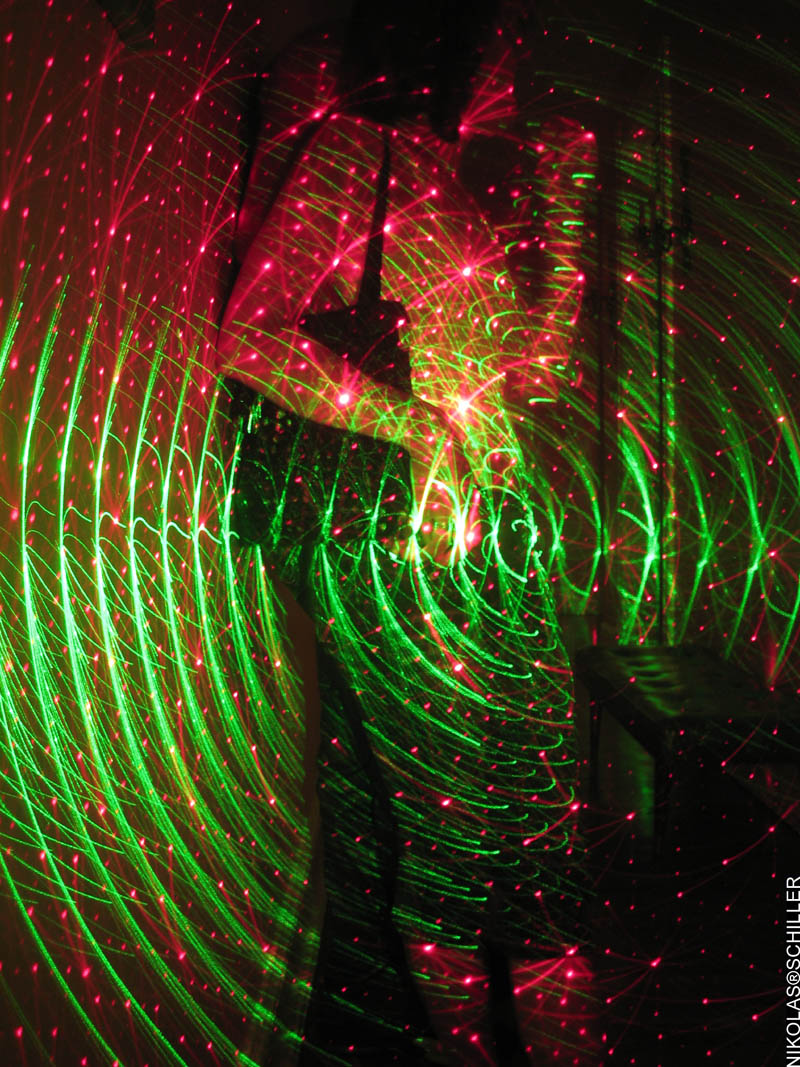 My friend leaning against the wall as the laser paints her body.
If you look closely, you can see her purse and right arm.

Animated GIF using three photographs featuring my friend wearing furry boxers.
If you look closely, you can see the way the laser light disperses within the fur fabric. 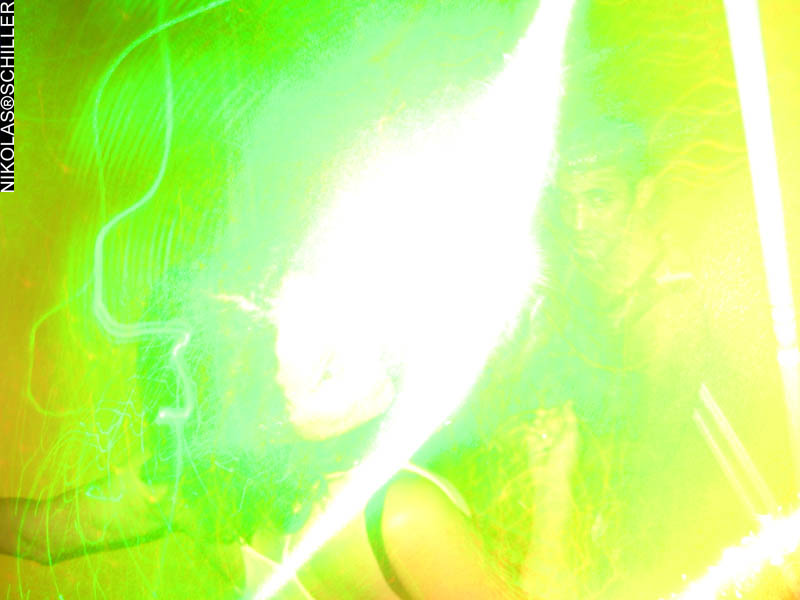 A washed out photograph of two of my friends 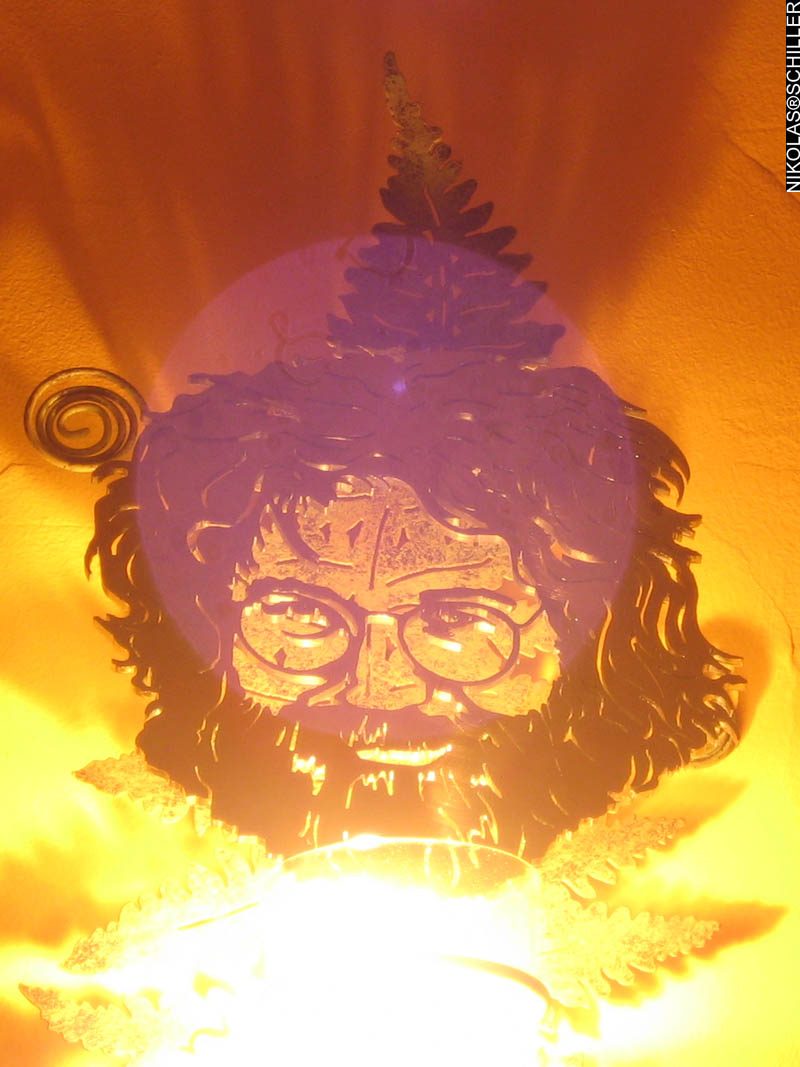 My friend had a metal laser-cut head of Jerry Garcia that we placed next above a candle.
The purple orb that appeared in the photograph is a mystery! 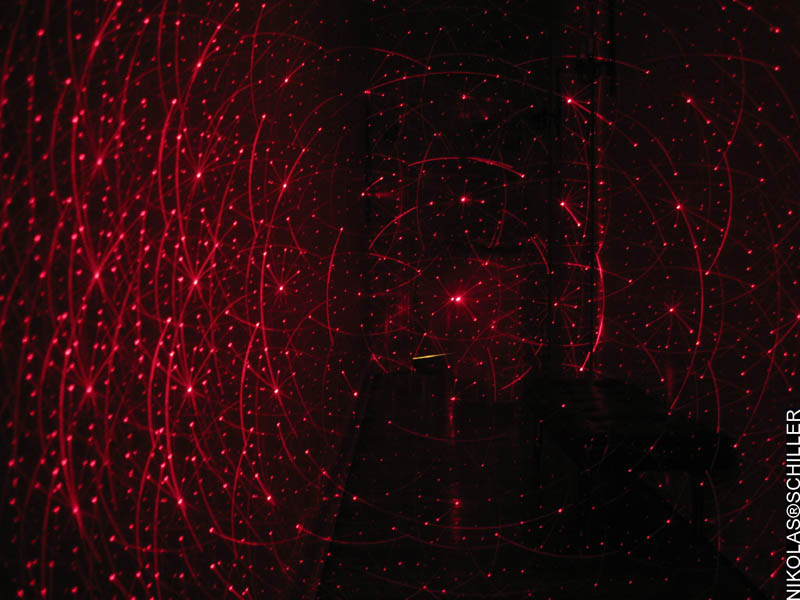 This photograph reminded me of space….