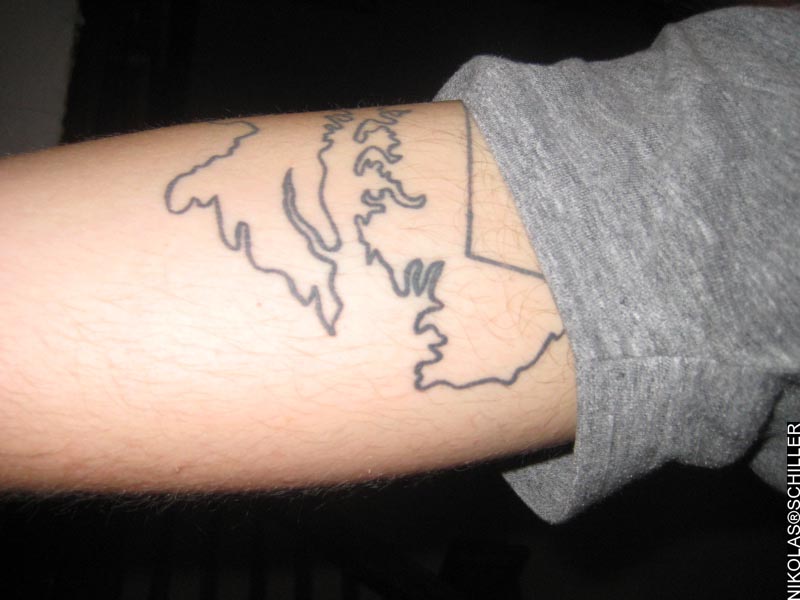 I always try to take photographs of any maps I happen to come across. The other day I was at a friends house and noticed this tattoo of the State of Maryland. View the other two photos: 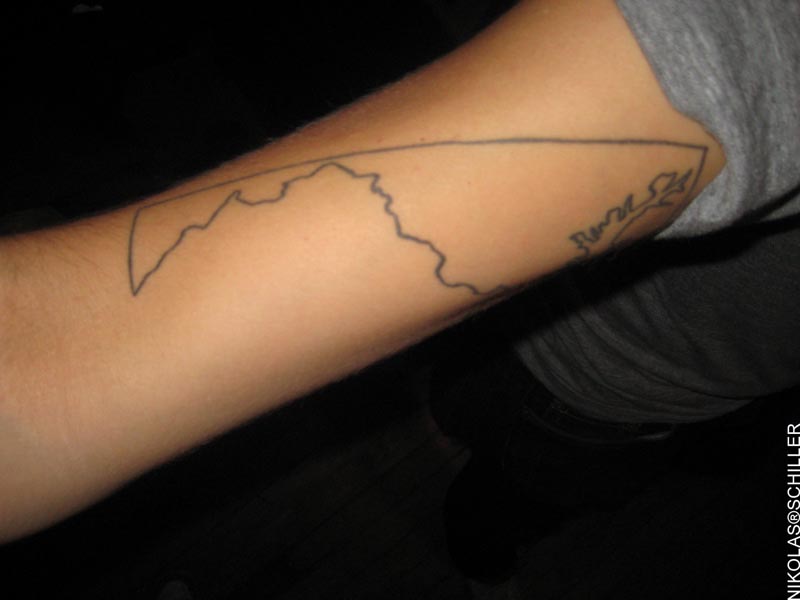 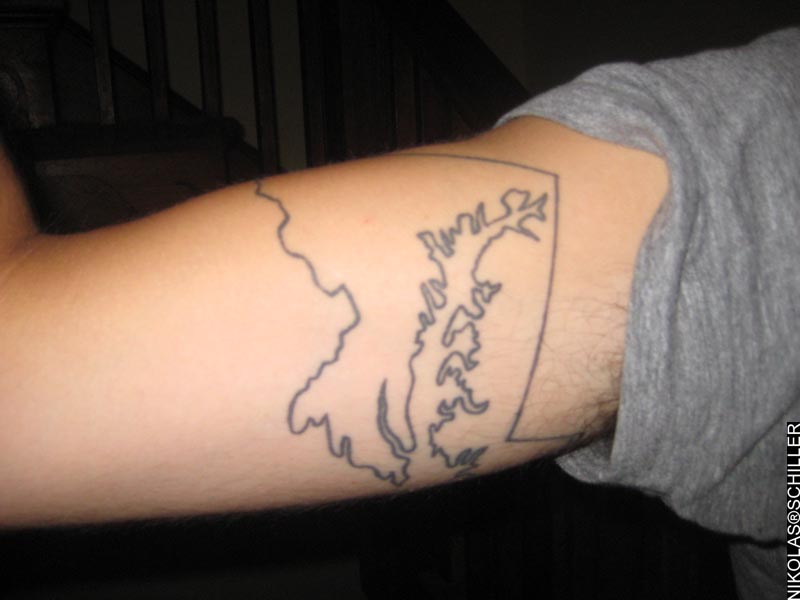