Photo of a woman wearing a t-shirt that says: I Want My Gun.
My question is, why do you need a gun at a peaceful demonstration? 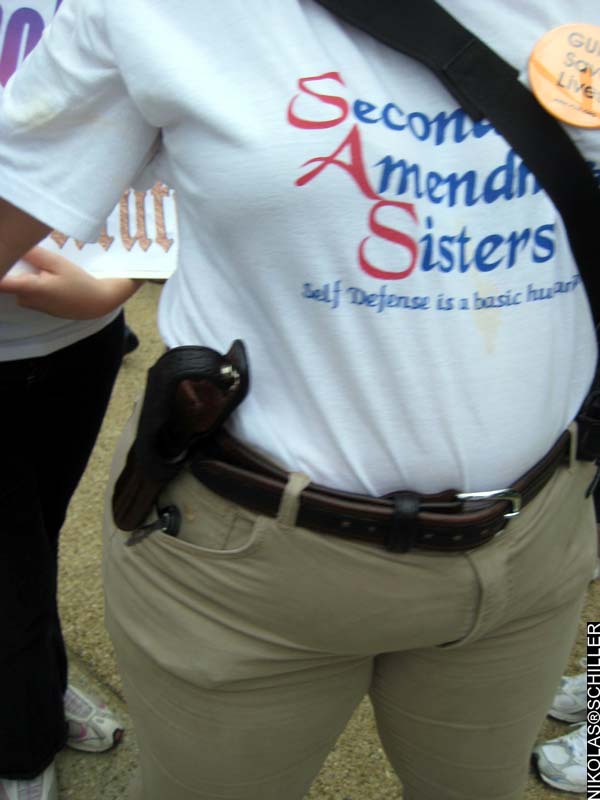 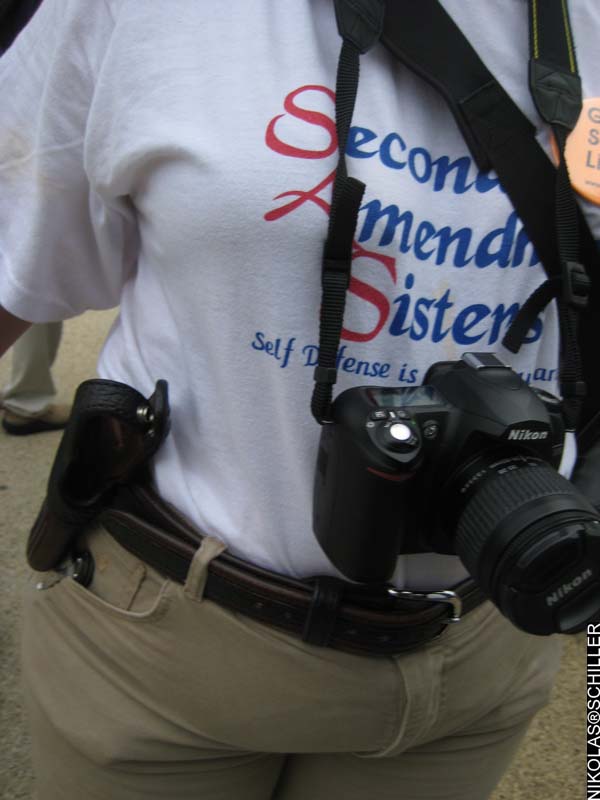 Photographs of a woman wearing an empty gun holster. When I asked her about it, she said that the police have already given her a hard time for wearing it because they believe she might be armed with a handgun

Animated GIF of a man wearing an NRA t-shirt with a sign that says: Right-wing Extremists and features a painting of the signing of the Declaration of Independence. 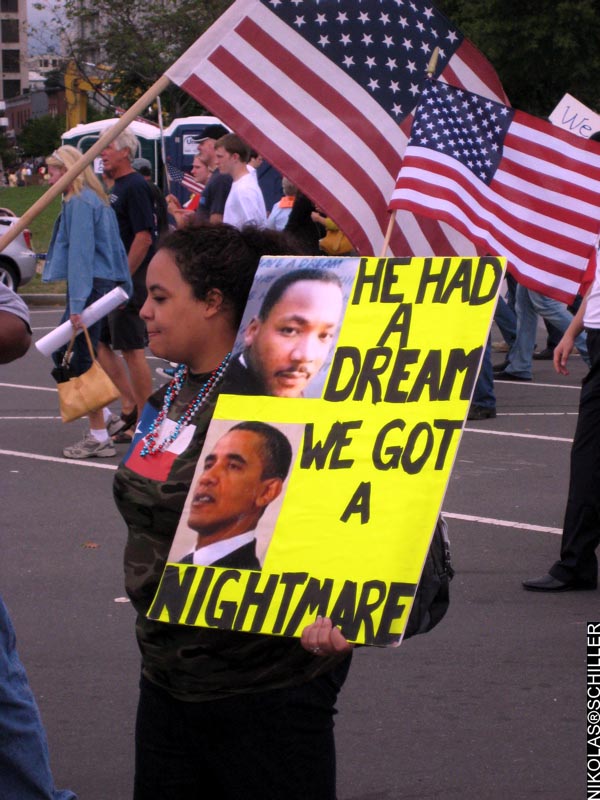 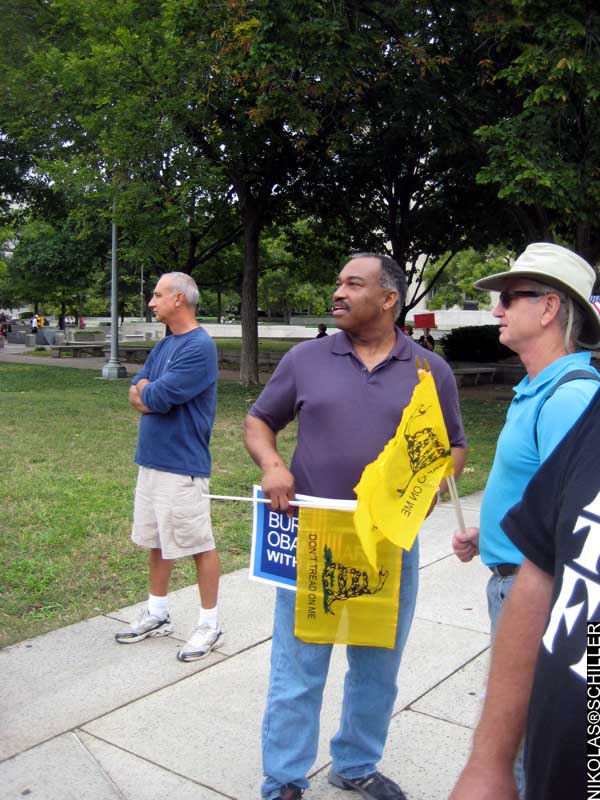 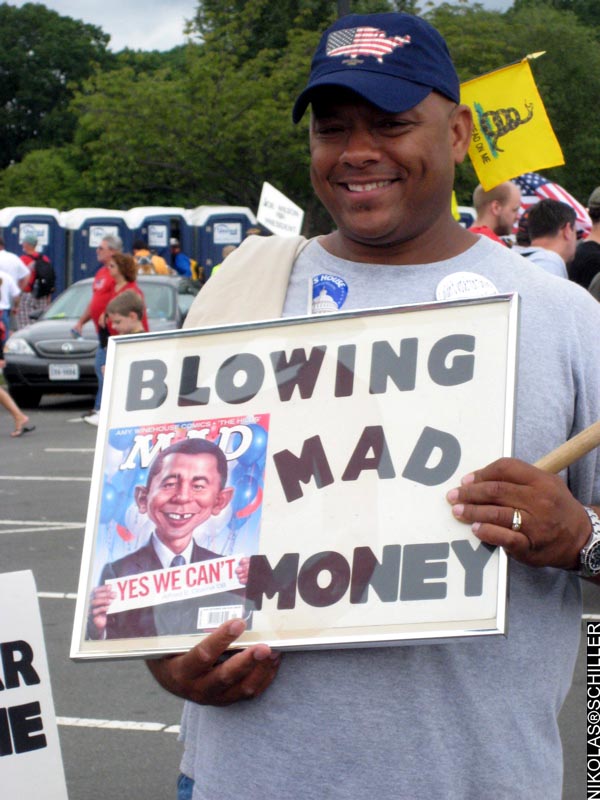 What struck me as interesting was how predominantly white & middle class the vast majority of demonstrators were. It got to the point that I made the effort to photograph any people of color present at the march. While this might come across as racial profiling, I did so because it was the first demonstration that I’ve ever attended that showed such a striking lack of racial diversity. 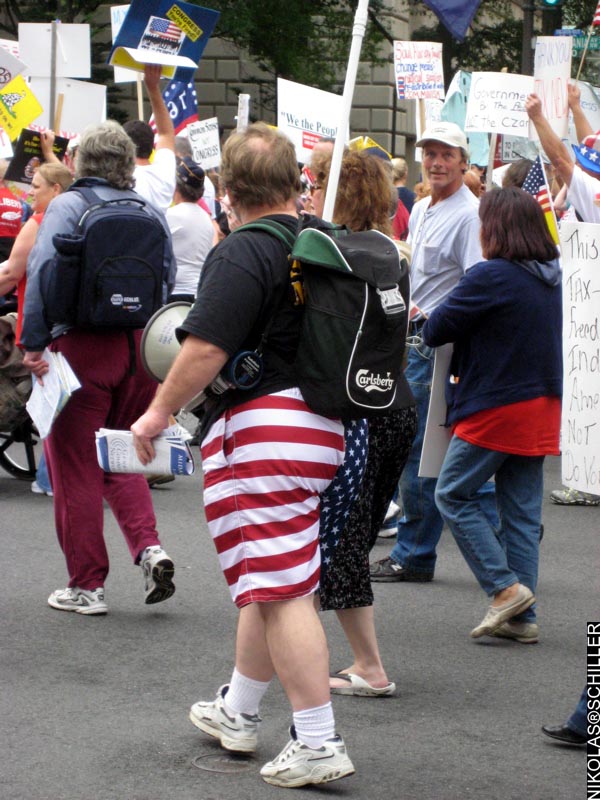 A Patriotic Fashion Victim!
Lower taxes will not make these shorts look good on anyone. 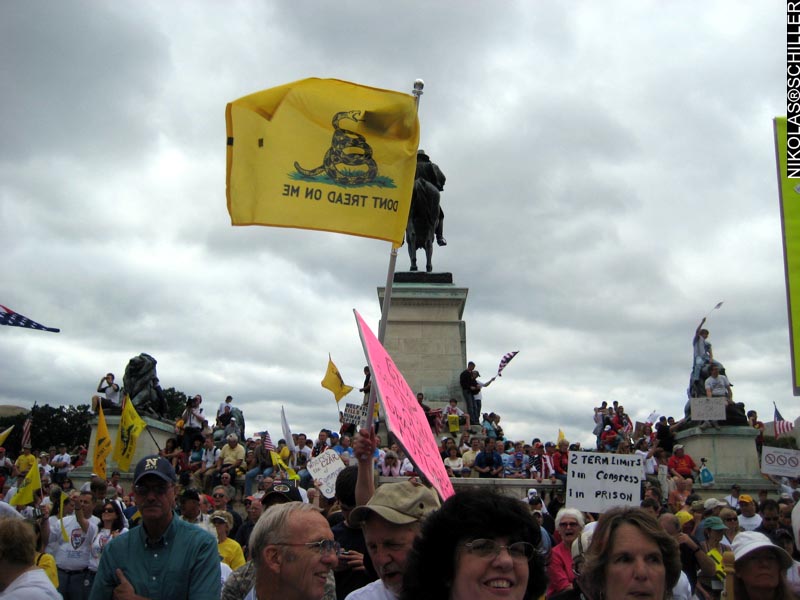 Photograph of the crowd near the U.S. Capitol 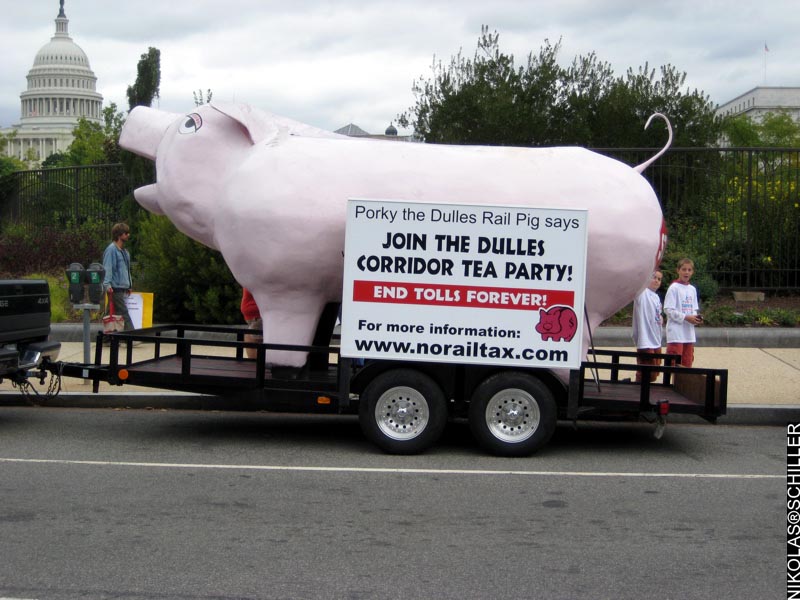 Photograph of a large pig promoting the Dulles Corridor Tea Party.
I, on the other hand, am in full support of the Dulles metro expansion :-P