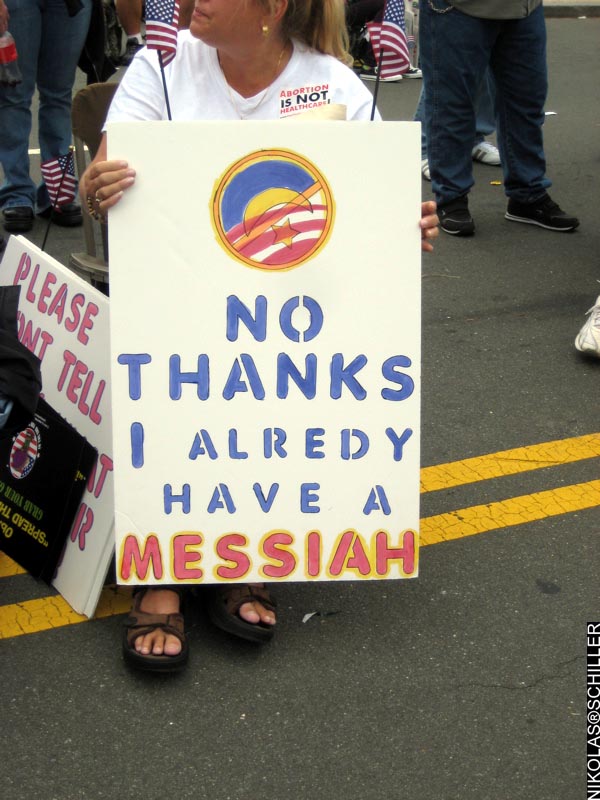 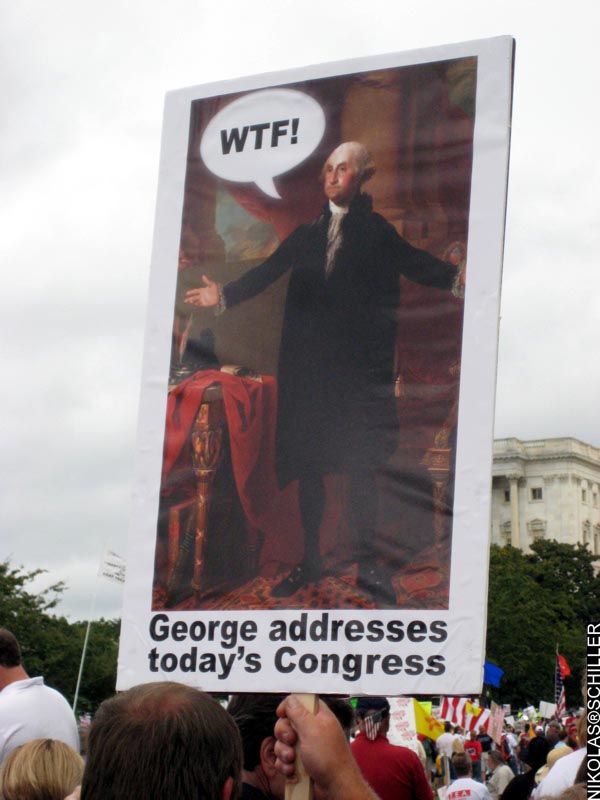 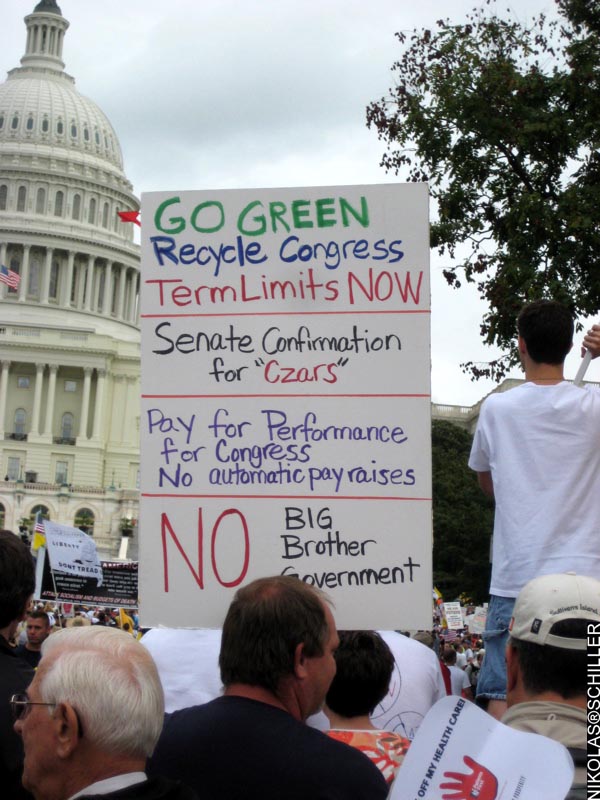 Photograph of a sign that says: Go Green – Recycle Congress – Term Limits NOW – Senate Confirmation for Czars – Pay for Performance for Congress – No Automatic Pay Raises – No Big Brother Government
I got a kick out of the whole “Go Green” aspect of the sign. Way to co-opt a completely different concept! 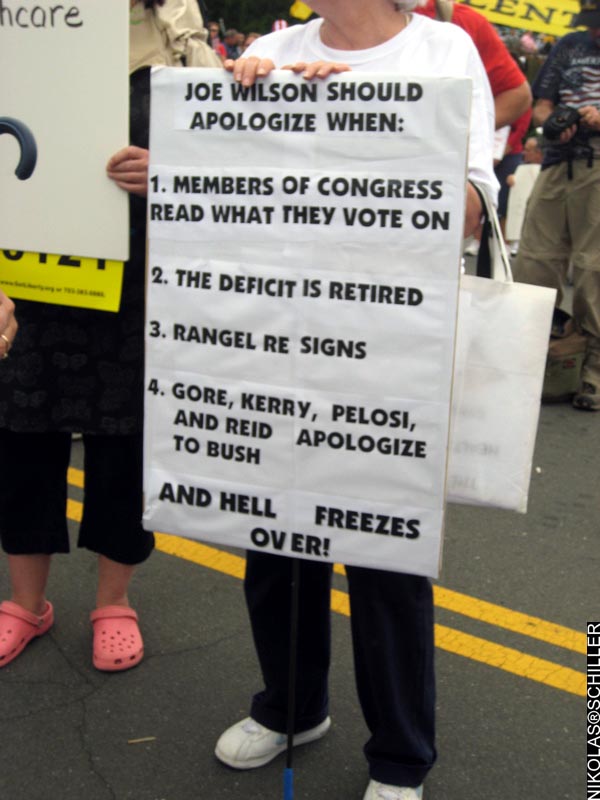 Photograph of a sign that says:
Joe Wilson should apologize when:
1. Members of Congress read what they vote on
2. The Deficit is retired
3. Rangel re signs
4. Gore, Kerry, Pelosi, and Reid Apologize to Bush
AND HELL FREEZES OVER 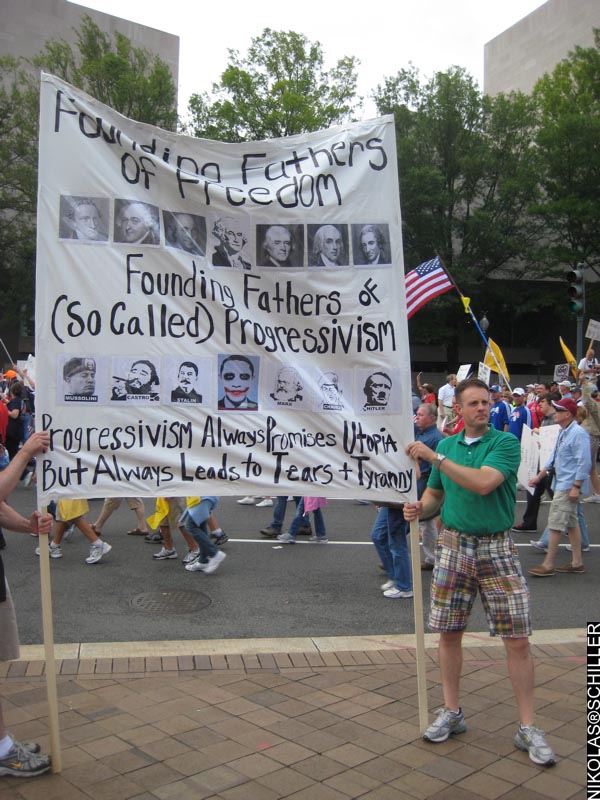 I still haven’t fully figured out this man’s messaging + costume.
What does probate courts have to do with Obama being an elitist?

Photograph of one of the most insanely decorated cars