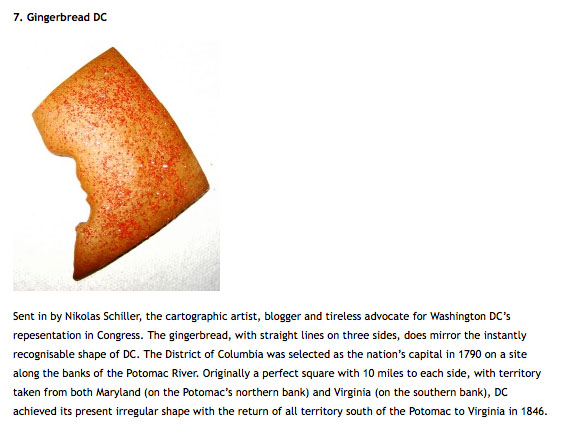 A very long time ago I remember sharing the Gingerbread map that I saw on this DCist.com evening blog entry. It was originally photographed (and baked?) by Allison Acosta. Take a look at the rest of the “Found Maps” here.

If you haven’t checked it out yet, take a look at the Frank Jacobs new book Strange Maps when you are in the bookstore or library, its a fun read. Related Found Maps: