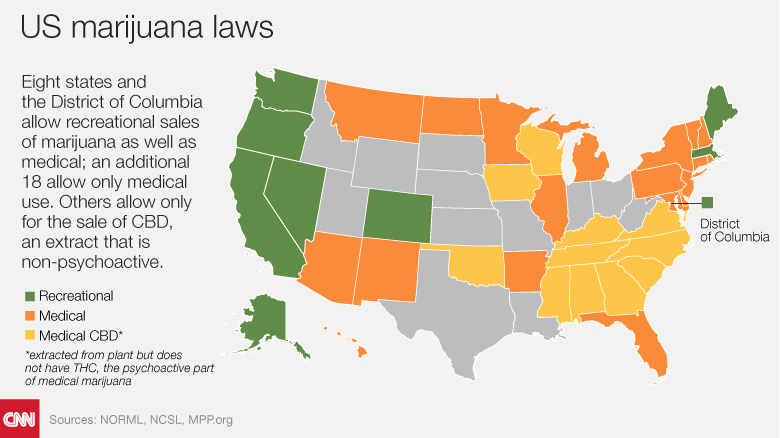 “The first protest will take place on April 20 — 4/20, the pot holiday — from “high noon” til about 5 p.m., Adam Eidinger and Nikolas Schiller, co-founders of the group DCMJ, told CNN. They said members of the group will set up just off Capitol grounds and pass out joints of locally grown marijuana rolled by hand in the home base of DCMJ on Embassy Row in Washington.”

Washington (CNN) – A marijuana advocacy group in the nation’s capital plans to target members of Congress on Capitol Hill with two separate protests this April.

The first protest will take place on April 20 — 4/20, the pot holiday — from “high noon” til about 5 p.m., Adam Eidinger and Nikolas Schiller, co-founders of the group DCMJ, told CNN. They said members of the group will set up just off Capitol grounds and pass out joints of locally grown marijuana rolled by hand in the home base of DCMJ on Embassy Row in Washington.

They’ll be offering marijuana to members of Congress, staffers, credentialed journalists and interns, as long as they are 21 or over and have a valid congressional ID. According to DCMJ, this will all be legal under the District of Columbia’s marijuana law.

The planned giveaway is the carrot approach. On April 24, when they expect more lawmakers in town, the group plans to invite arrest by heading up to the Capitol to smoke their marijuana on the federal grounds and make a point.

“I fully expect to be arrested that day,” Eidinger said.

The 4/20 giveaway is an attempt to “destigmatize” the plant, while the “smoke-in” four days later is supposed to be a direct request for federal reform. The activists said they want marijuana rescheduled in the eyes of the federal government so that federal penalties are less harsh.

The group is attempting to make a splash the way it did when it helped push successfully for DC’s pot liberalization and later launched a pot giveaway during President Donald Trump’s inauguration weekend.

However, some national pot groups have either distanced themselves from the local activists or condemned the tactics they use.

National Organization for the Reform on Marijuana Laws (NORML) executive director Erik Altieri said in an interview that while he respected the group, their kind of direct action was “not the strategy that we typically take.”

Eight states have legalized marijuana for recreational use, while 18 others have OK’d it only for medical use and a handful of others have moved to allow cannabis-based oil for certain medical purposes, according to data compiled by CNN Health. Marijuana is still illegal under federal law.

However, under the current law funding the government through nearly the end of April, the DOJ is prohibited from using its funds to crack down on state medical marijuana laws.

Representatives for NCIA, a trade industry group for the burgeoning legal marijuana companies, NORML, a long-running legalization group, and DCMJ all said in separate conversations that among the most immediate concern they had was the successful continuation or even expansion of that rule in the new funding bill Congress must pass this month to avoid government shutdown.

Attorney General Jeff Sessions has spoken critically about marijuana, even likening it to heroin, but the Department of Justice under his leadership has not moved to change ways from the Obama administration, which allowed states to set their own marijuana policies without interference.

Sessions’ tough-on-drugs approach as a senator has left these groups concerned for marijuana legalization will be and afraid of what Sessions might ultimately do.

“We do view him as a threat,” Altieri said.

Eidinger from DCMJ said many were fearful of what would happen during Sessions’ tenure and stressed DCMJ’s style could prove itself necessary to many other groups if the situation with regard to the federal government changed to crack down on legal weed. He said an “urgent call to action” was needed.

Smith called Congressional action to maintain the ban on DOJ funds to fight state’s with legal medical marijuana an “imperative,” but also sounded a hopeful note for his side.

“I see everything really trending in the right direction,” Smith said, citing “momentum” on the state level and within Congress itself.