I’ve been reading some of the coverage about a group of DC Libertarians who tried to stage a flash mob at the Jefferson Memorial last weekend.

The plan was simple: show up at the Jefferson Memorial at a set time and dance with their iPods for 10 minutes to celebrate Thomas Jefferson’s birthday and leave. But all did not go as planned:
END_OF_DOCUMENT_TOKEN_TO_BE_REPLACED

Related In The News Entries: END_OF_DOCUMENT_TOKEN_TO_BE_REPLACED 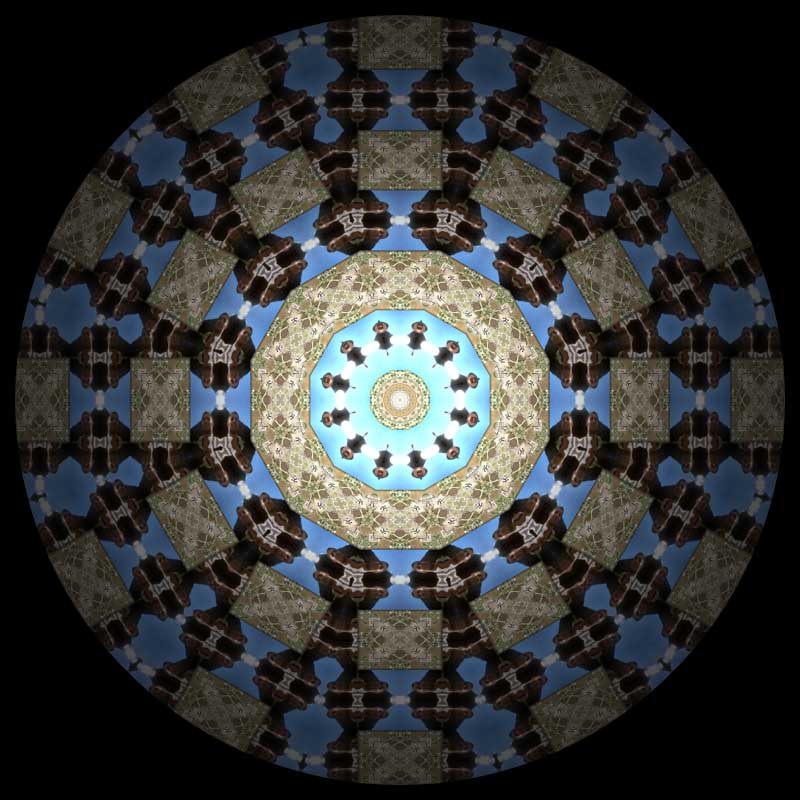 I found out this morning that it only takes about 2-4 hours to render these mandalas, so I’ve decided to make one more! So much faster than the 8-12 hours they normally take :)

This rendering suffers from the same problems that plagued the last mandala rendering, the poor choice of lighting. Yet due to the nature of the source imagery used in this rendering, the light gradient isn’t as a big of an issue. Being my 3rd self-portrait, I am please how it turned out, but I don’t like using my name in the title of a rendering, but “self-portrait mandala” just didn’t sound right. 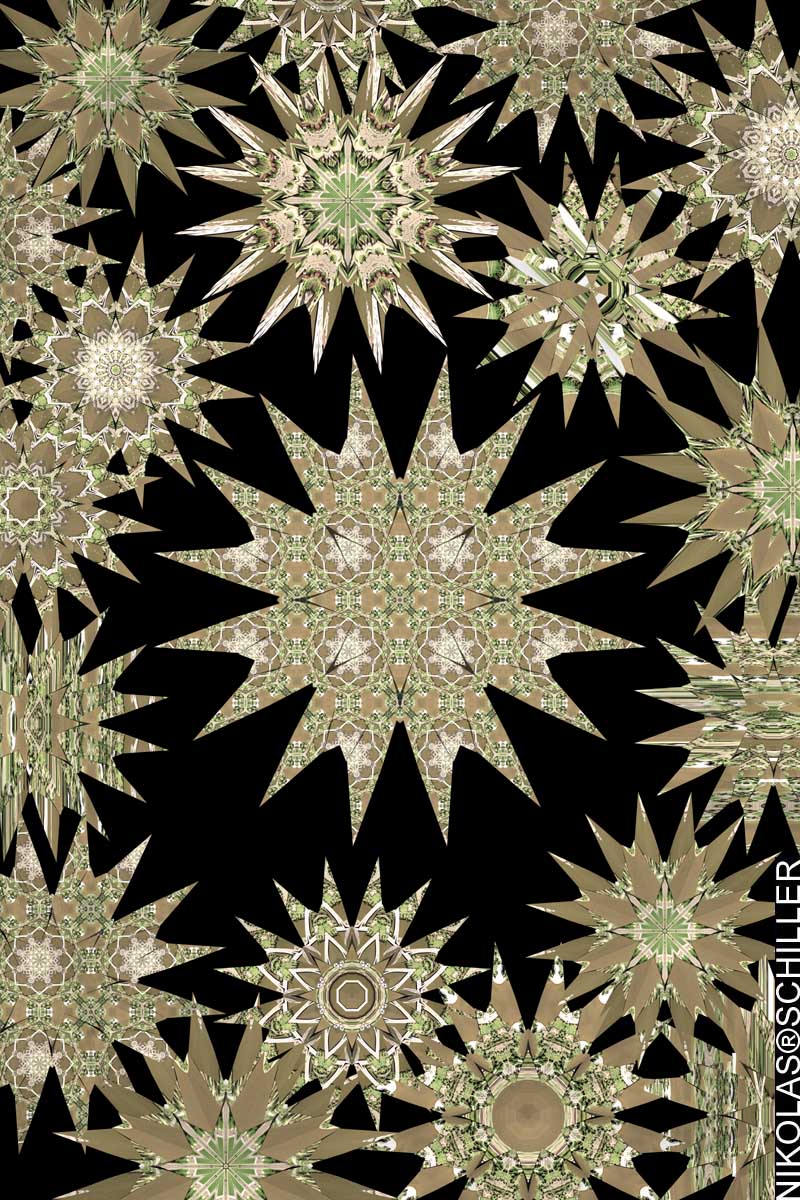 The rendering definitely falls out of line with all of my previous work…and I like it. It reminds me of two things- sparks and bacteria…. After reading this article in Salon, I wish I would have called it Jefferson Bacteria. Maybe I just might. 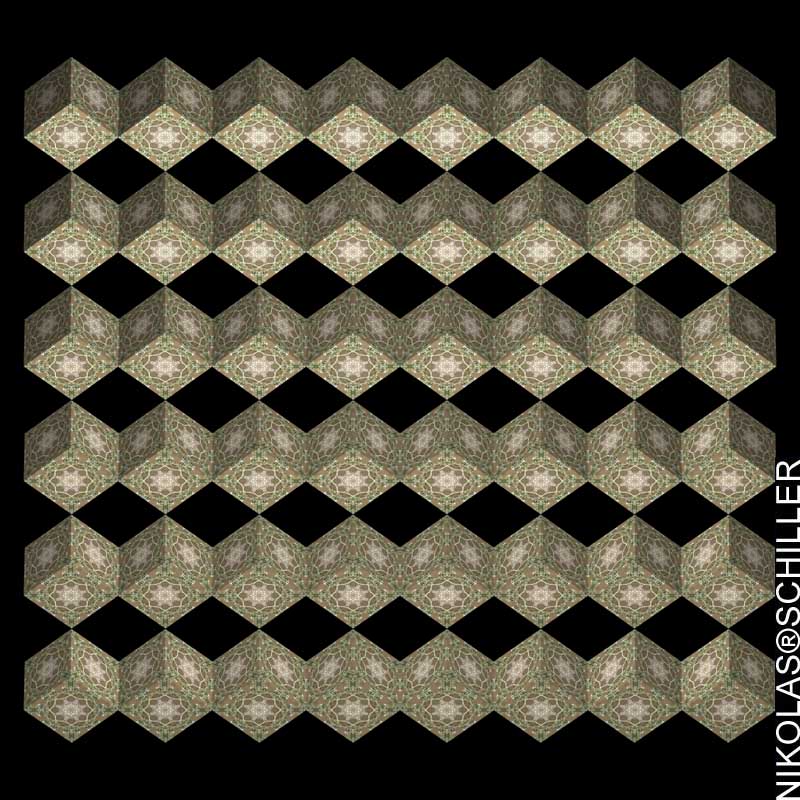 This rendering took 3 tries! It’s not that I couldn’t get the boxes in the right place, but every time I tried loading a third image to the scene Bryce would crash.

The result, is my first geographically derived puzzle.

How many boxes do you see? 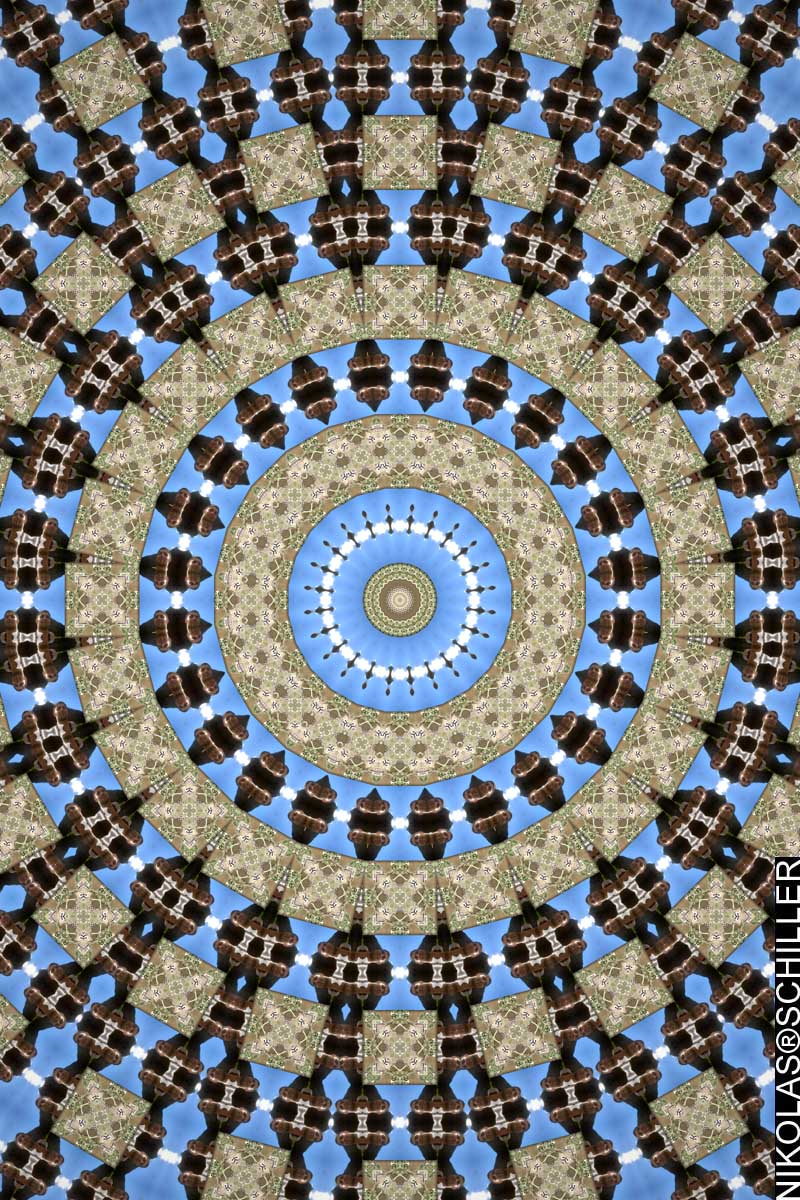 In the spirit of my Jefferson Mandala print being at the MOCA DC/A&M Gallery, I chose to use the same source imagery, the first derivative of the Mall Quilt.

I chose the quirky picture of myself because:
I liked the angle at which I took it (mountains!),
I liked the “what you lookin’ at,” half-smile, grin
I liked the color of sky (and even the two lens blemishes)
I like the contrast of the green to blue to white tones

The result, is definitely one of my favor works yet. The process of setting up the source imagery in photoshop is probably the most exciting part of it all. I can now do large mosaics with multiple aerial & satellite images. What will come next? We shall see… 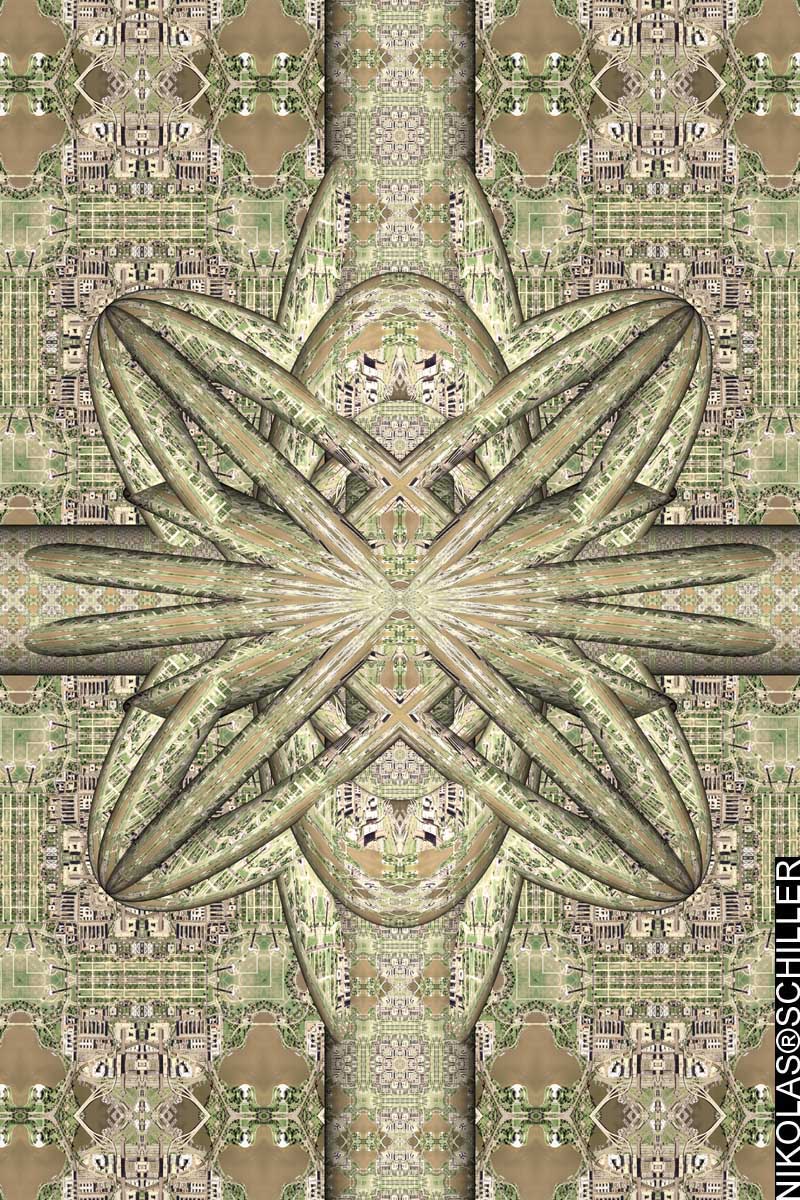 {no tyme to type} 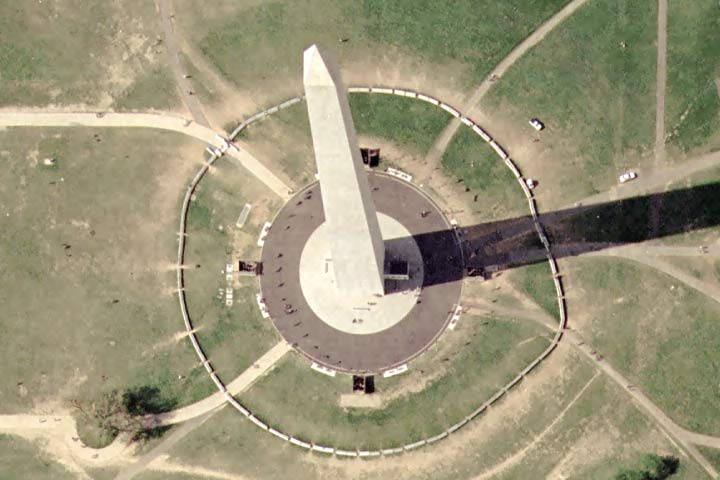 I made this animation for one of the main projects I’m working on right now, Operation Ceasefire. I’m going to make sure it ends up in the right person’s hands and hopefully it will be seen on a projection screen during the concert. I think the only real error in this rendering is that most people will be expecting to see the White House as it zooms out, but the tessellation only contains the Washington Monument, the Jefferson Memorial, and some of the mall. Regardless, I think it looks pretty cool. If I had more time, I’d make a few more animations using this same imagery, but I’m not in the mood right now to do so. I’ve got a lot on my plate right now, and I’m not sure if I’ll have much time to render anything for the next few days. But I guess, as I tend end my postings, we’ll see :-) 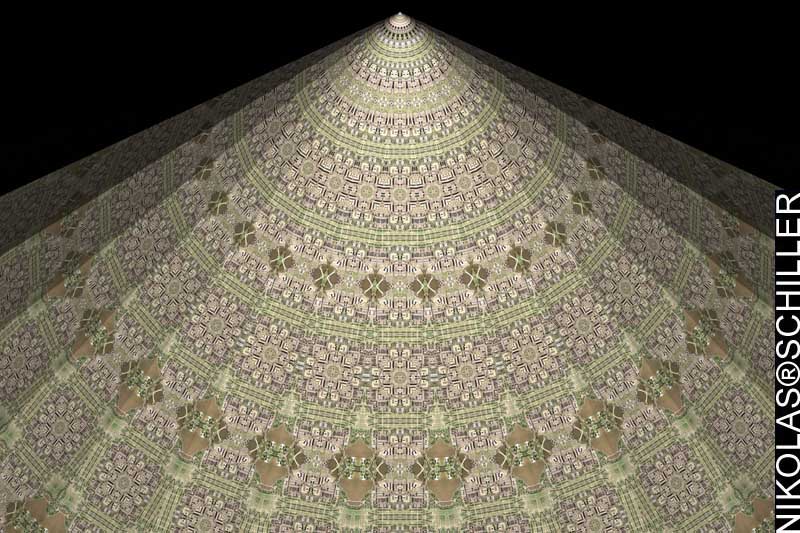 Going to foothills of the Appalachians and promoting an event on the National Mall, I felt compelled to combine the two :-)

One of the ideas that popped in my head during the trip was having a book titled “The Legend of Nikolas Â® Schiller.” Inside would be large prints of my work. The use of the word legend in a cartographic sense would be the description of my methods used to create my maps, like a legend on a map. 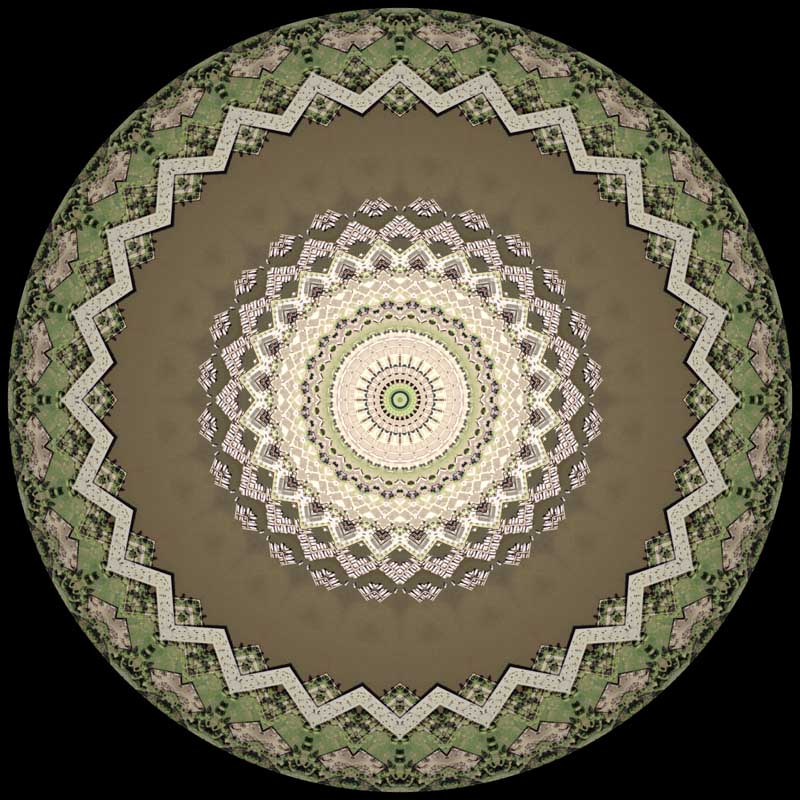 I can’t go much further, or can I?
–probably to about 360X and then it will look like a vinyl record :)