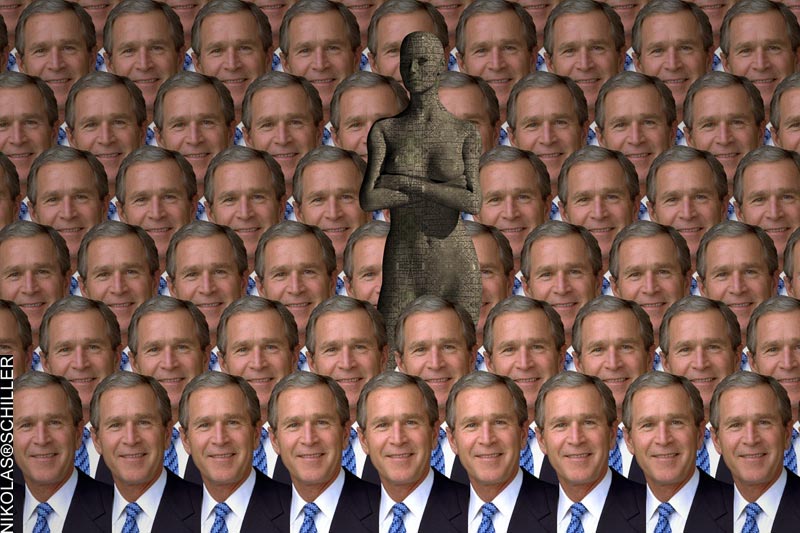 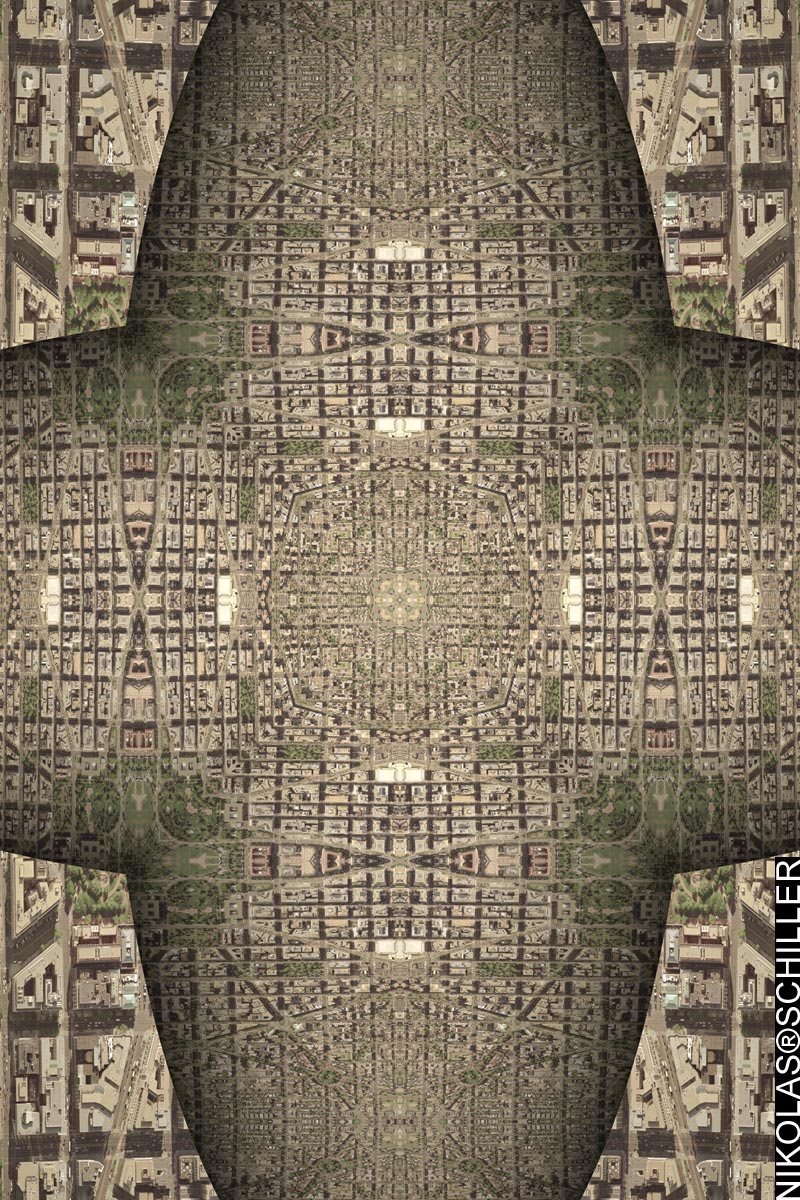 Using the same revised templated used in “GWU Memory,” I made a new rendering of downtown DC. I think the coolest part of the rendering is the “bending” of the White House!

I must thank L’Enfant… 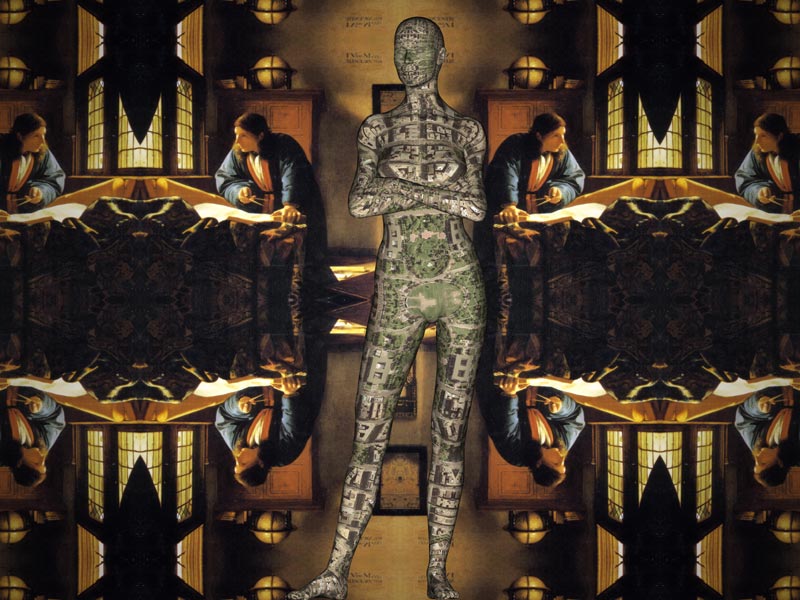 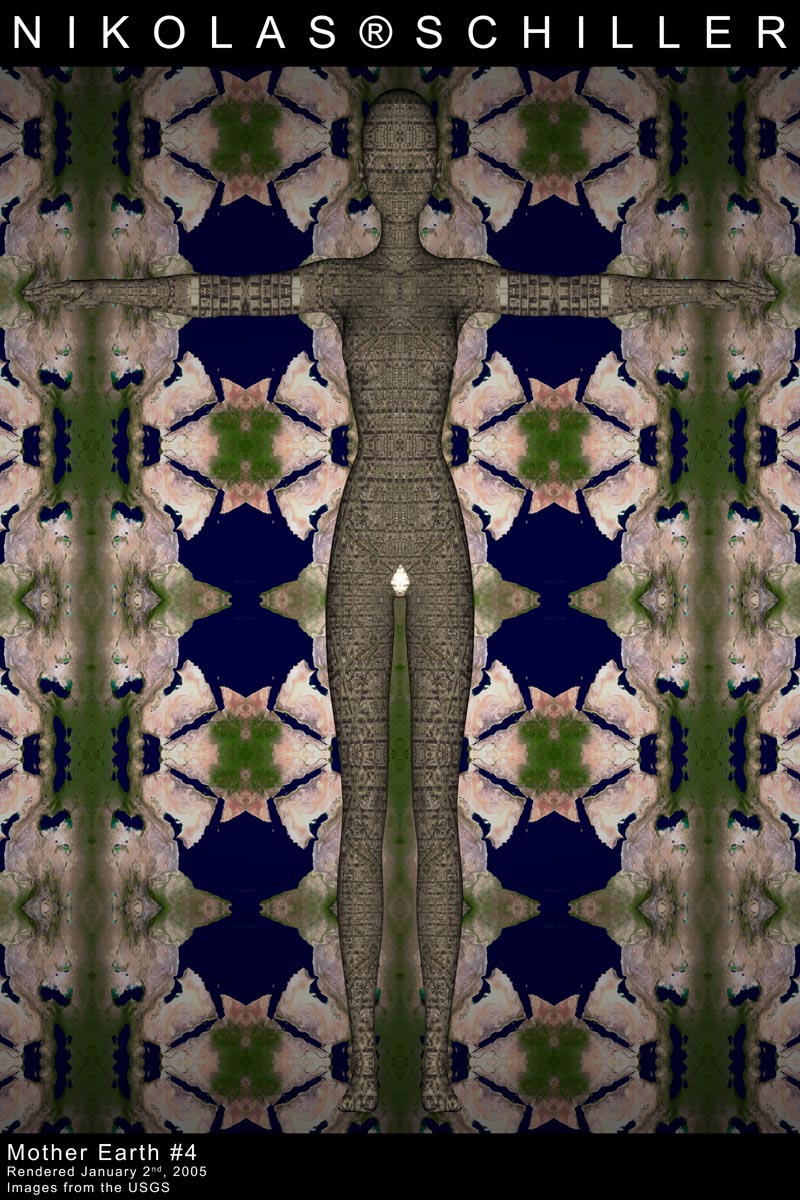 I think she turned out nicely. Next up with be the Europe mandala!

I realized I hadn’t made a “star of..” DC yet! So I used the template and slightly changed the way the image is mapped on to the surface and I kinda like the way it turned out. What’s even better is the new computer I got from work (1.7 mhz w/ 512 RAM laptop) can churn out a rendering in a fraction of the time! This means more posters and faster turnaround. However, I am still figuring out how I am going to port all the files from the laptop to the my iMac… 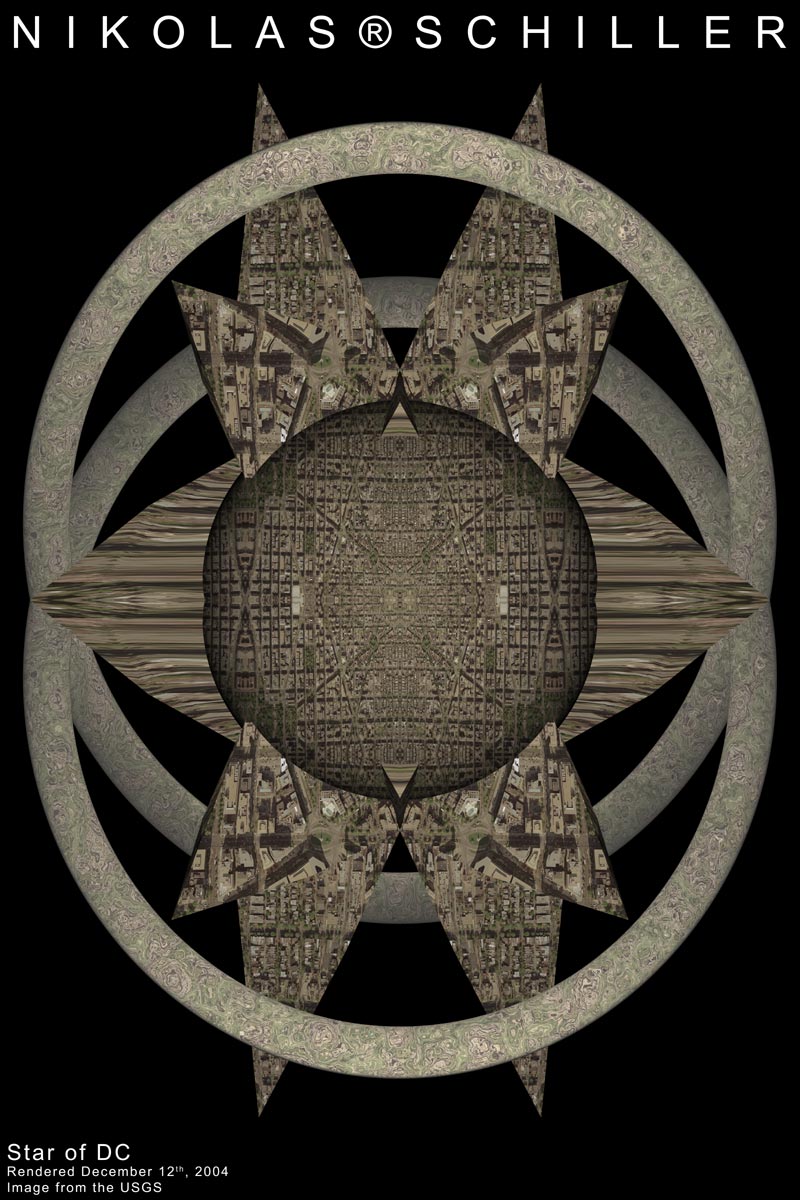 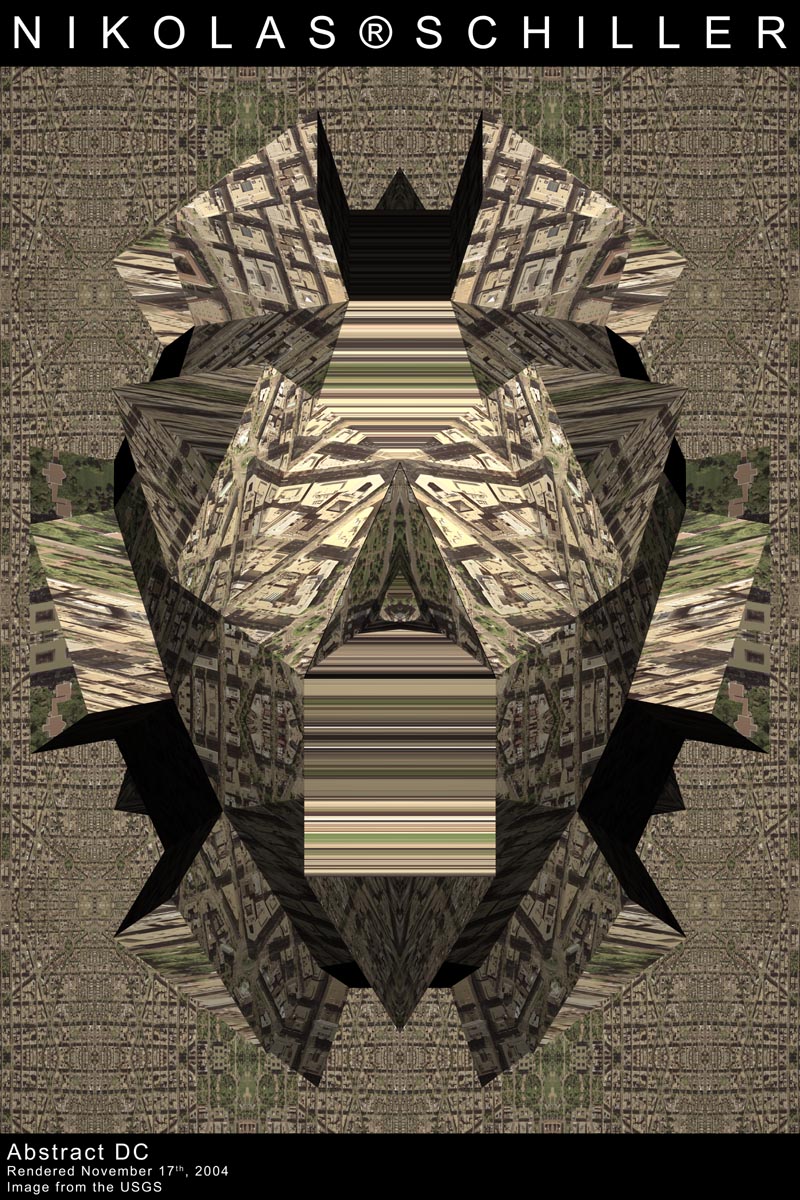 Now compare with a photo of me taken yesterday- 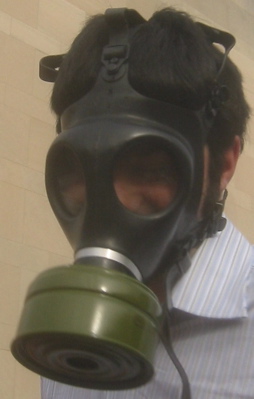 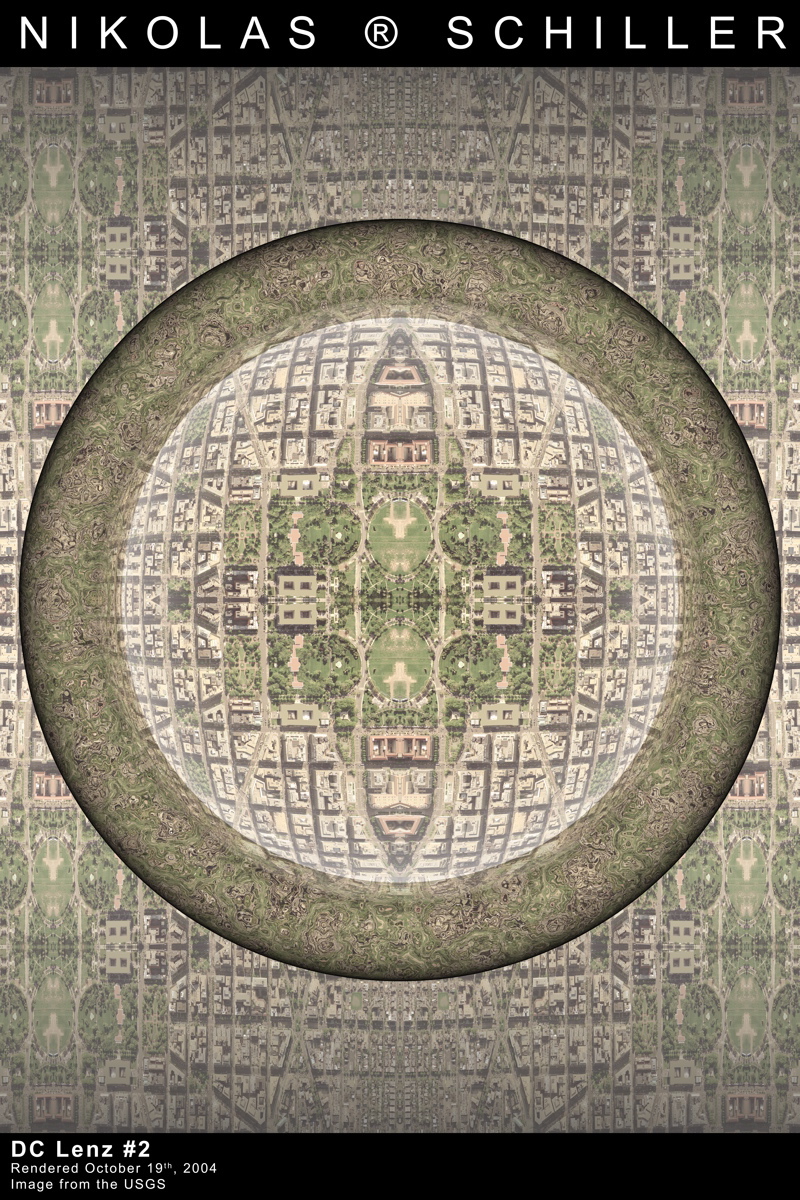 When I made this, I knew I made what I felt to be one of the most beautiful creations of my lifetime.