I have chosen to place the The Pentagon Timelapse Animated GIF “below the fold” so that visitors to the front page of this website are not downloading the somewhat large file. Please be patient while it downloads…… END_OF_DOCUMENT_TOKEN_TO_BE_REPLACED

The following photographs were taken using my Canon SD750 and the aforementioned tripod and laser using long exposure settings to capture the geometric designs the laser created: END_OF_DOCUMENT_TOKEN_TO_BE_REPLACED

Every 4th of July for the last 5 years I’ve watched the massive firework display on the National Mall from a rooftop in the Washington, DC area. This year I finally decided to see the display from my rooftop and make a video of it. The music is the Washington Post March by John Philip Sousa and performed by the United States Marine Band. One of my favorite aspects of being on a rooftop in DC on the 4th of July is watching everyone shoot their own fireworks. You can see them exploding in every direction!

Before the fireworks, I attended my friend’s second annual “Jerk Off” BBQ competition in Rock Creek Park. And to continue my other 4th of July tradition, I rode around the city with my Adbusters Corporate flag attached to a large flagpole attached to my backpack. Like in the years past, people would still applaud when they see it, most not knowing there was a subtle protest waving before their eyes. Next to being on rooftop, waving this flag is my second favorite 4th of July tradition…

After growing my hair out for the last year, I decided to film the long-awaited haircut in my living room using my digital camera’s time-lapse recording function. While the haircut was taking place a couple of my housemates come home and watch the haircut unaware that there was a camera recording in the background.

The video gratuitously starts out with a couple photos I took of myself from July of 2008 until March of 2009 then transitions to the footage my Canon SD750 recorded using the one frame per second time-lapse feature. I would have included more photos from June of 2008 to March of 2008, but I couldn’t find any photos on my hard drive.

Anyways, I doubt I’ll grow my hair out like this again for awhile, but honestly, I enjoyed having it.
Up next: the sideburns!

MUSIC: Concerto for Flute and Orchestra in F Major by Antonio Vivaldi
Performed by the Gardner Chamber Orchestra. Audio directed by flutist Paula Robison.
Audio courtesy of Archive.org Artwork Note: On the wall, behind me to my left, is my map “Washington Monument Lenz”
Related YouTube Entries: END_OF_DOCUMENT_TOKEN_TO_BE_REPLACED 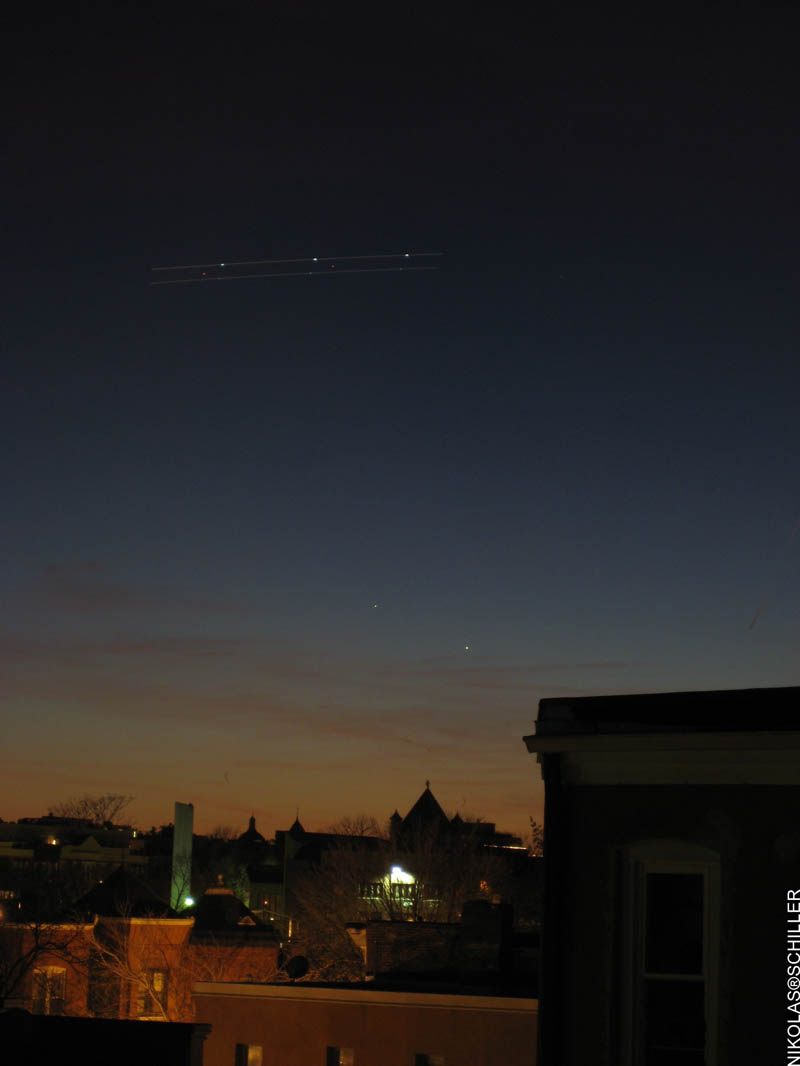 Below I decided to digitally zoom in as far as I could and see what the time-lapse photograph would look like: END_OF_DOCUMENT_TOKEN_TO_BE_REPLACED 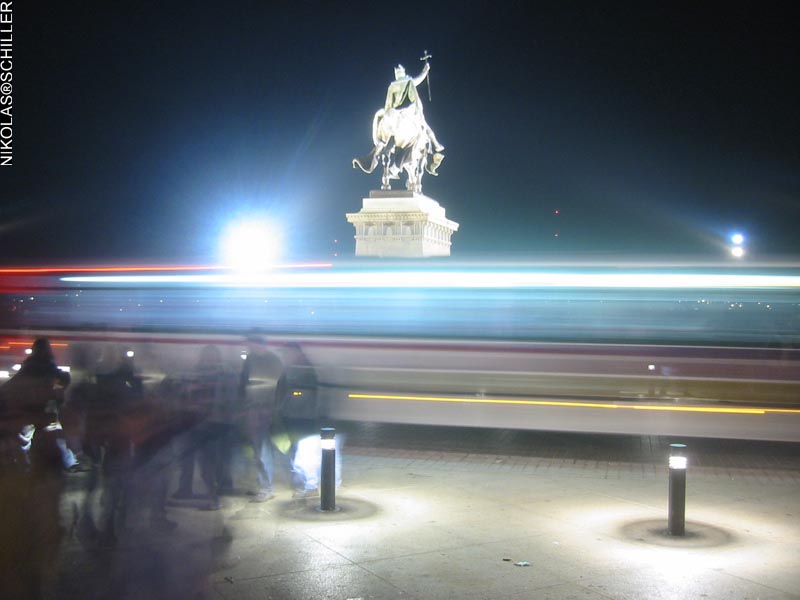 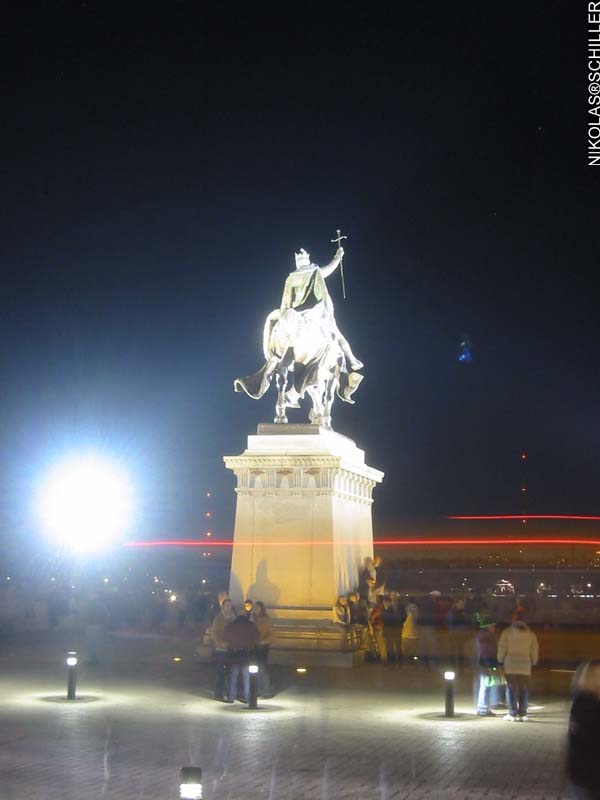 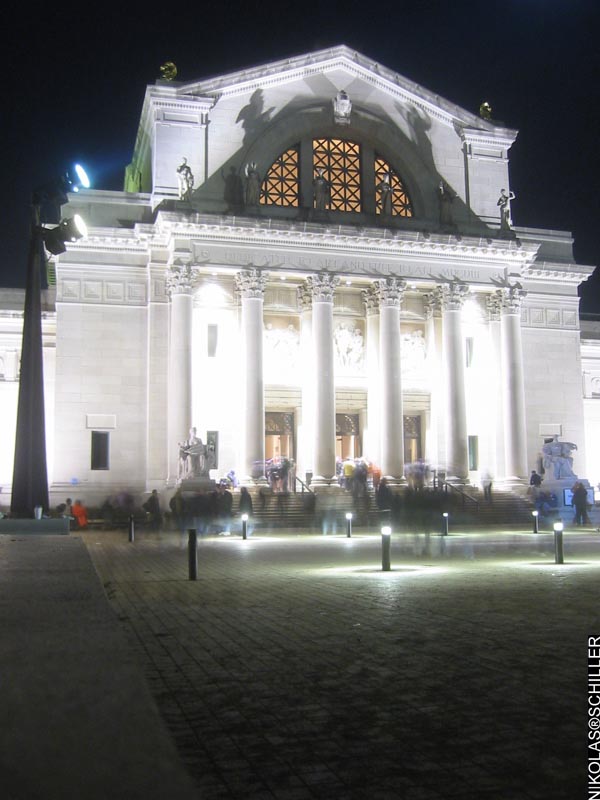 Below are the rest of the photographs I took on 12/31/03 using my old Canon S200 and a mini-tripod stand: END_OF_DOCUMENT_TOKEN_TO_BE_REPLACED

Before I took the photographs last night I first recorded this timelapse video. The video consists of hundreds of frames taken exactly two seconds apart using my Canon SD750 digital camera mounted on my tripod. I started recording the video around dusk before I could see Jupiter through the twilight and let it record until the planets were out of frame. The music is Transit of Venus by John Phillip Sousa (1893) and performed by the Virginia Grand Military Band (2003). I’ve used this music before when filming other planets and it’s pretty much become my de-facto music for all my astronomy related videos. 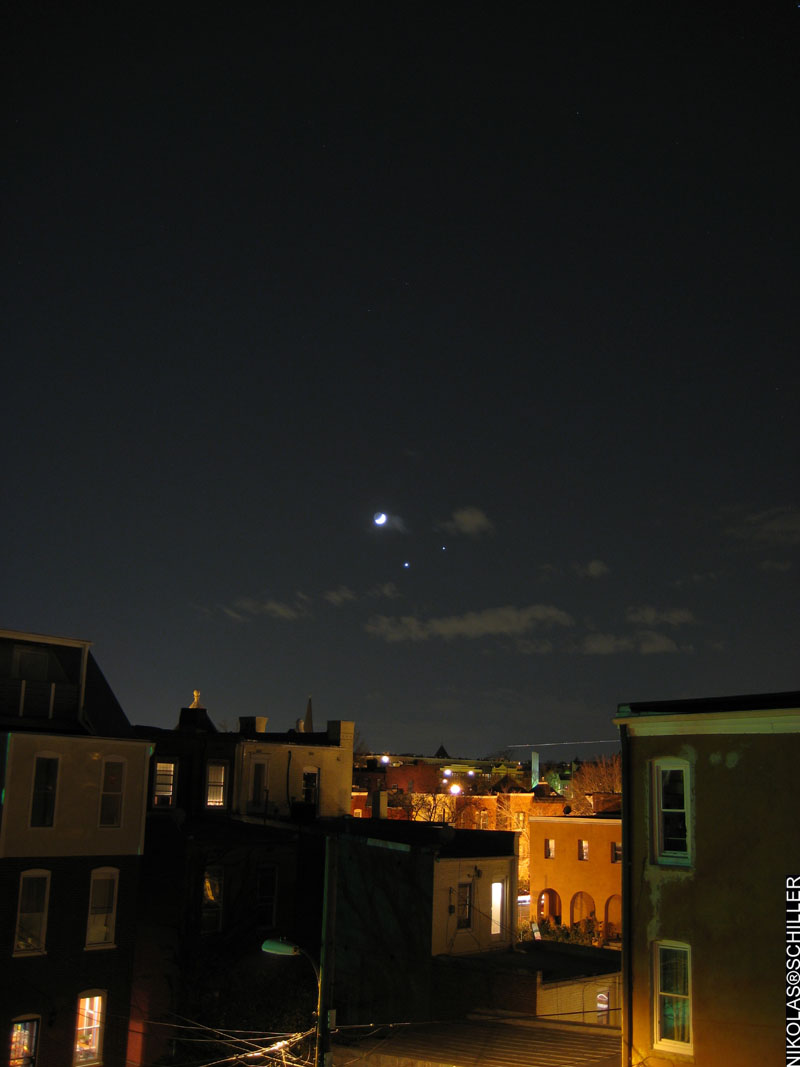