if the video does not show up in your RSS reader, click here to view it on my website

Last night attended the DC Statehood Green Party’s forum called “DC Statehood, Now Is Our Time.” The event featured the entire elected shadow delegation as well as two city councilmembers and other leaders of this civil rights struggle. I also recorded much of the event, but I haven’t put a video together yet.

Hamil Harris from the Washington Post who made the video above, also wrote a brief write-up of the event if you are interested.

Charles Cassell, who chaired of the DC Statehood Constitutional Convention during the early years of Home Rule, said the late activist Julius Hobson would be upset had he lived to see this day. 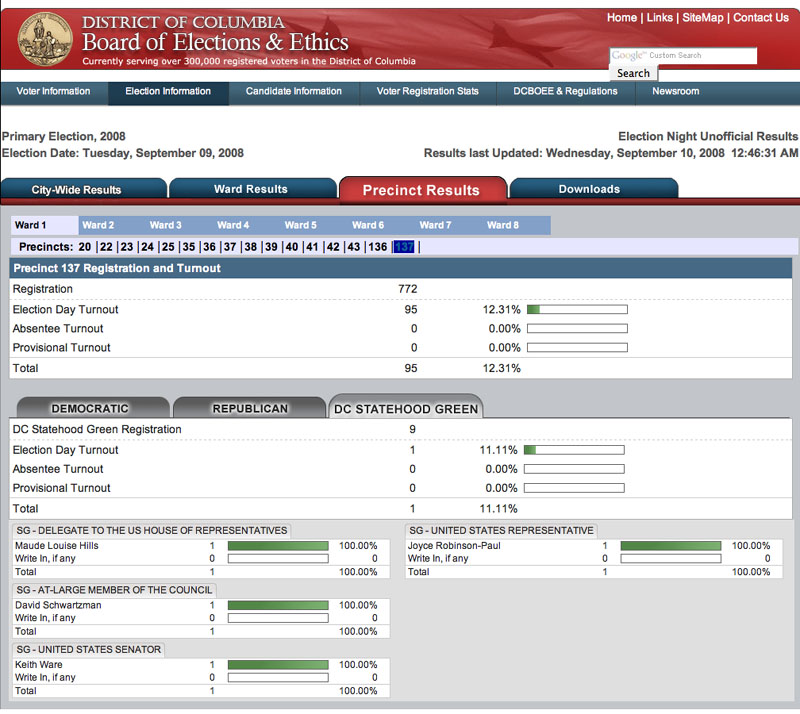 Germany’s Green Party is setting up a branch in the United States. The bottom-up initiative aims to bring a more international perspective to the party’s work and combat anti-Americanism among some members back home.

The chapter is due to be officially founded next weekend in Washington DC. It hopes to tap into the experiences of the growing number of Germans working in the US capital in international organizations, foundations and think tanks, as well as in the media, the culture industry and higher education.

“We’ve discovered that there are a lot of Germans in town who are young, tolerant and cosmopolitan and who share Green values or are active in the Green party,” said chapter co-founder Arne Jungjohann. “We want to offer them a platform.” But the group is also looking to engage with Greens across the United States and has set up a Facebook presence to allow those living further afield to contribute to the debate. “Our purpose is to have a group that is following German domestic politics and influencing the Green agenda in Germany on international topics,” said Jungjohann, who is also Environmental Program Director at the Boell Foundation.

Anti-Americanism is another area where the group believes it could have important input. Reinhard Buetikofer, co-leader of the Greens, welcomed the establishment of the party’s Washington DC branch, saying it was a positive sign for bilateral dialog.

“This is not supposed to be a one-way street — it’s an exchange, it’s about cooperation,” Buetikofer said. “It will attest to the fact that the Green party is open towards exchange with the United States. You do not have to be German to join the group, but an affiliation with Germany is required and German will be its working language.

It is the Greens’ second branch abroad. The party also has a group based in Brussels, the headquarters of the European Commission.

END_OF_DOCUMENT_TOKEN_TO_BE_REPLACED

I found this last night while looking through my ip analysis… It looks like the D.C. Colonist is going places these days. But still he has no voice in Congress.

This photo was used in the Washington Post on November 19th, 2009.