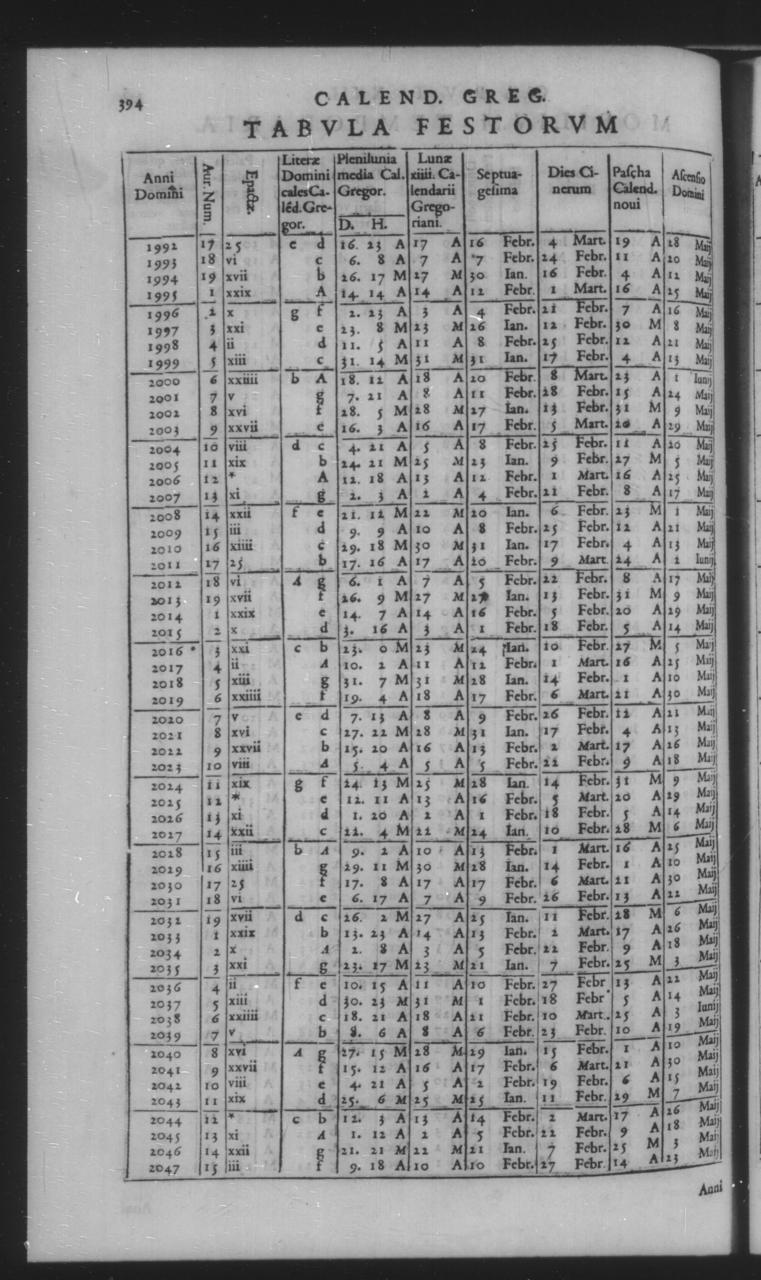 One of the chief architects of the Gregorian Calendar was Jesuit mathematician & astronomer Chrisopher Clavius. In his “Romani calendarii a Gregorio XIII restituti explicatio” (Rome, 1603) he explained the process behind the creation of the Gregorian Calendar. The table above shows the contemporary dates of the Pentecost, Septuagesima, the Paschal Full Moon as well as some other calculations that are hardly used today. Shortly after his death in 1612, this explanation was republished in volume five of Opera Mathematica.

This volume, known as the explanation of the Gregorian Calendar, literally features hundreds upon hundreds of charts like the one above that show the Roman Calendar going thousands of years into the future. Seriously, its truly amazing how far into the future his tables go! If I had some more time to dabble around with his calculations, it would be neat to see how far they are off after nearly 400 years.