Last night I had just finished playing movies at Restaurant Marvin and was heading home on my bicycle. I decided to get a snack before I arrived home and the only place open at that time was the nearby 7-11. As I arrived at the corner of 12th & U street, I saw the two men struggling on the ground, with one man in a headlock, and the 7-11 employee had just rushed back into the store. Right after I dismounted my bicycle, I could hear the police sirens approaching, so I pulled out my camera and began filming the moment they arrived. While I was recording, I was also trying to lock my bicycle to the pole, so there are a few times when I accidentally placed my finger over the microphone and/or the camera hits the pole itself. After I lock my bike up, and it looked as though the police had the area under control, I made my way inside and stopped recording. When I left the store I started recording again and made my way back over to where my bicycle was locked. This time I placed the camera on the ground below the pole while I unlocked my bicycle, and a few moments later I picked up the camera and rode home.

Being that I arrived at the scene after the two men had already begun struggling, I cannot remark on the nature of what happened before I got there. I’m am happy that no one was shot or killed and the police did not appear to use excessive force when detaining the man. I will update this entry if & when I find the police report. 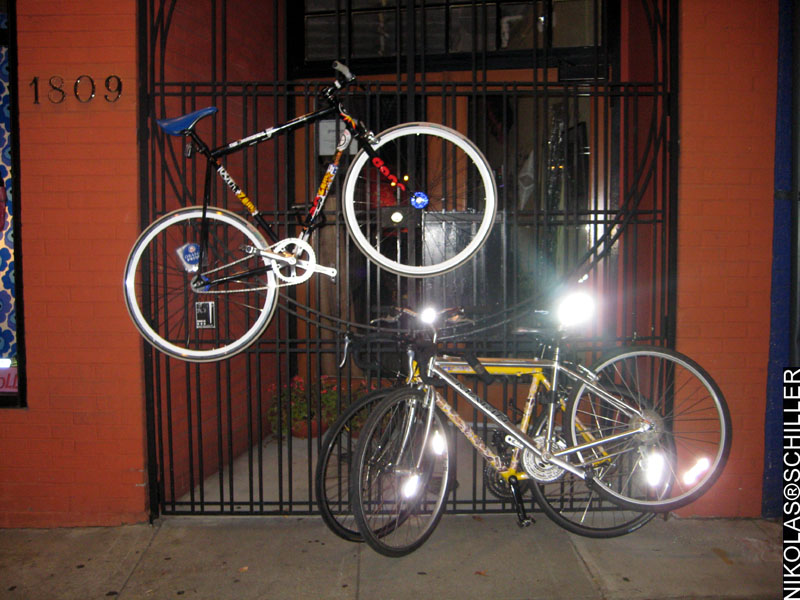 The other night I was at the Black Cat and spotted this well-locked bicycle. It reminded me of when I spotted a bicycle locked to a tree in August. 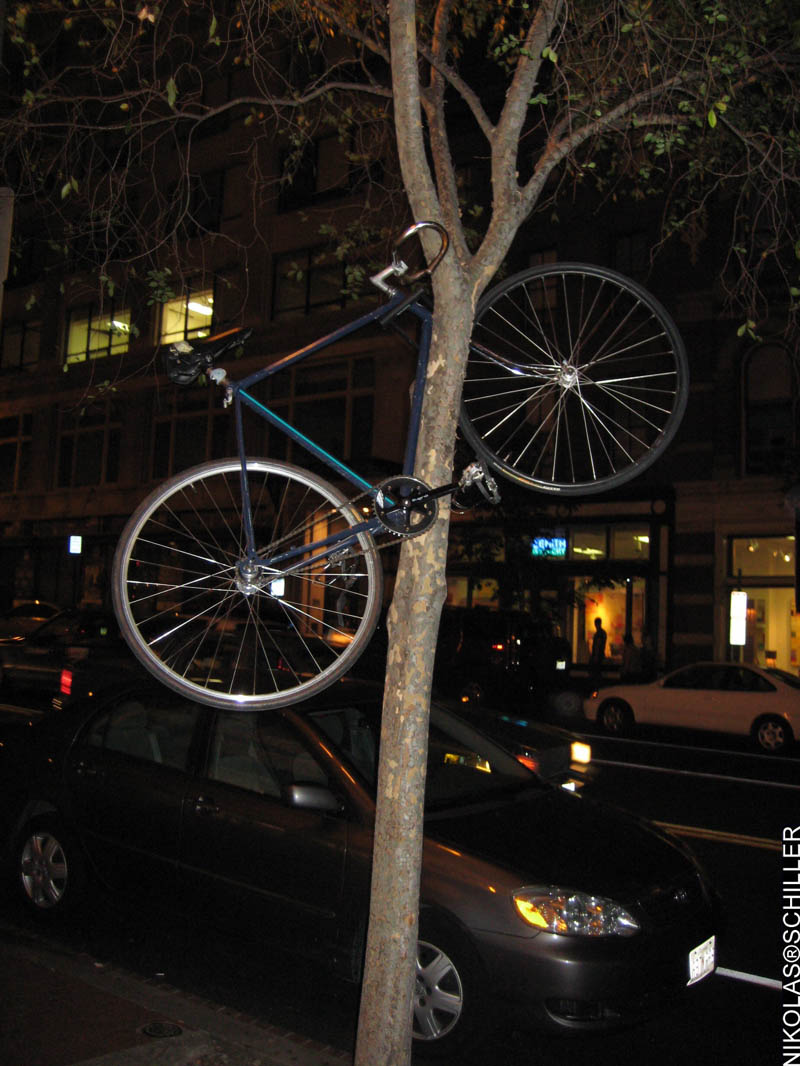 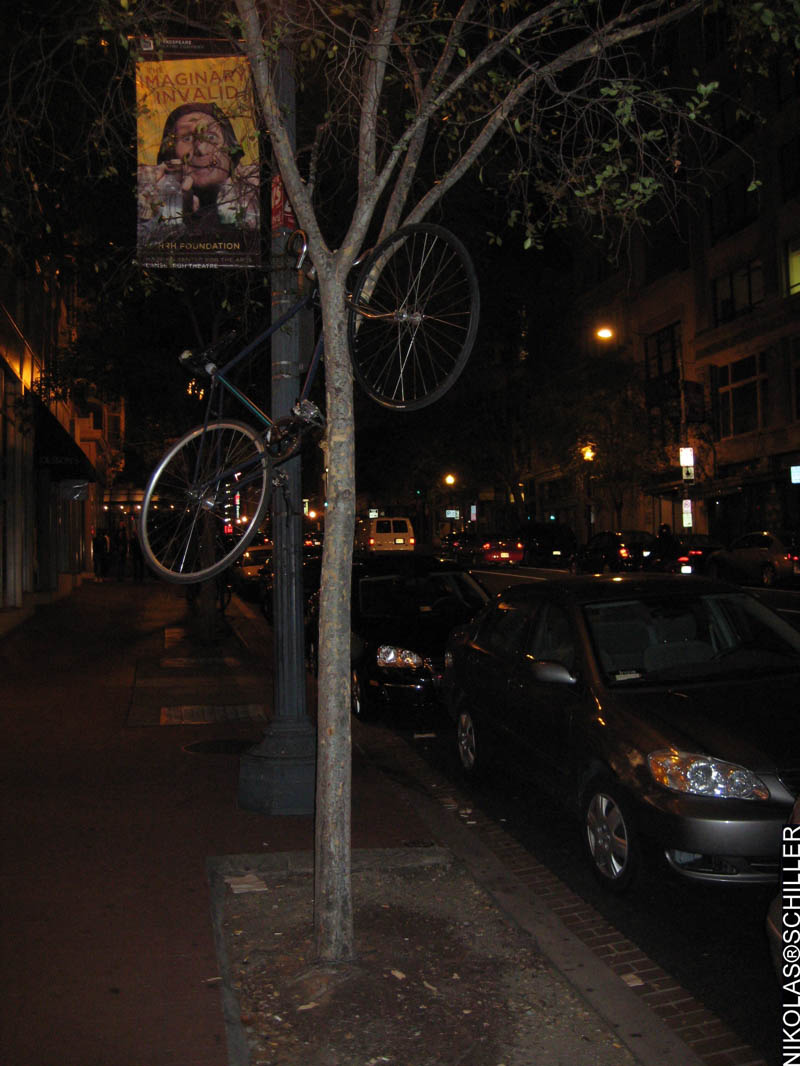 Was at the Civilian Art Projects the other night and saw this bicycle locked to the tree and thought it was funny. Reminded me of this Washington City Paper article on another artfully locked bicycle.