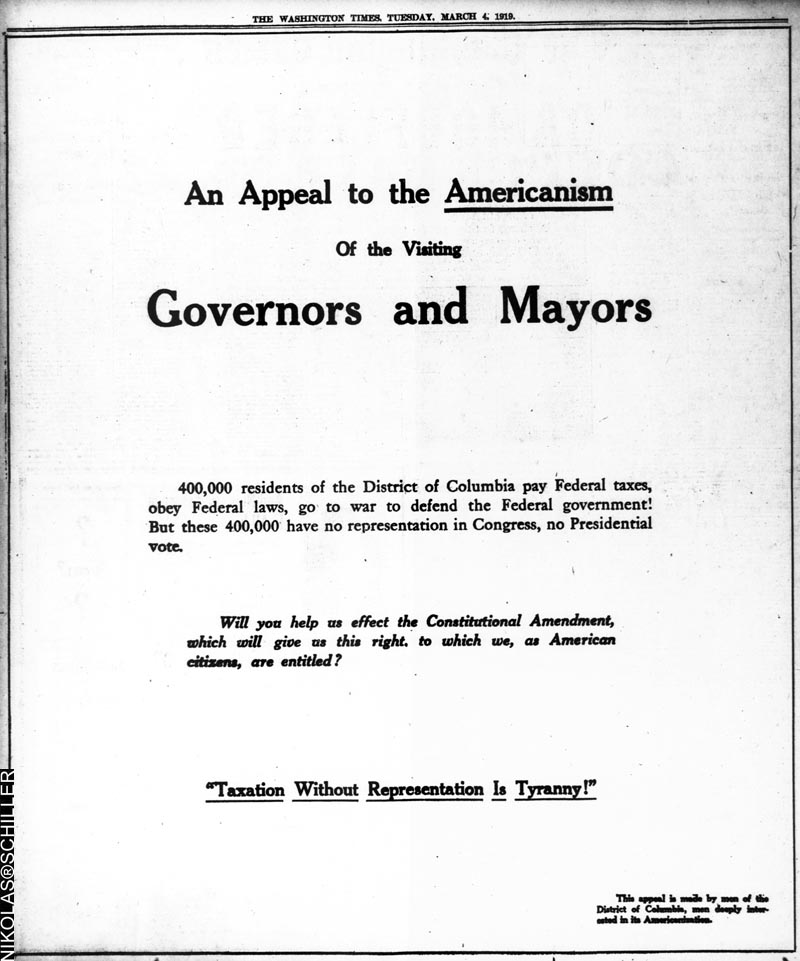 The Morning Times was founded on March 18, 1894, by union printers. Financial difficulties, however, soon forced the printers to sell to Charles G. Conn, a Democratic congressman from Indiana. In August 1895 the Washington Evening Times was added, and the two editions sold as a combined subscription. The evening edition soon became dominant, substantially surpassing the morning paper’s circulation. Late the following year, Conn sold both editions to Stilson Hutchins who had sold his interest in the Washington Post a few years earlier. In 1901 Frank A. Munsey, who was known for his consolidation practices and as a destroyer of the dailies, purchased the paper and ran it from the Munsey Building, which he had built on E Street in the northwest quadrant of the city. Munsey ceased printing the morning edition on November 29, 1902, and his evening and Sunday editions became known, simply, as the Washington Times. William Randolph Hearst gained control of the Times in 1917 and five years later merged it with the Washington Herald.