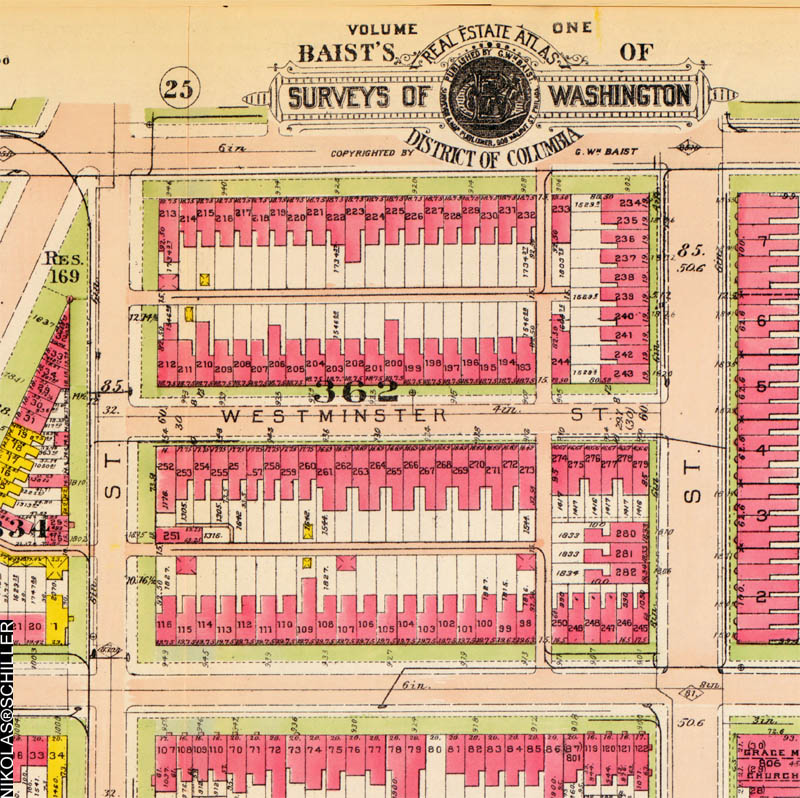 Last year I published Then & Now Birds-Eye Views of the Westminster Neighborhood in Washington, DC [1884 & 2005] and earlier today I came across some new maps of the street I’ve lived on for the last 5 years. This map comes from the 1921 edition of Baist’s real estate atlas of surveys of Washington, District of Columbia. It shows the neighborhood pretty much as it is today except for the neighborhood playground that currently sits where houses 193-196 used to be and some of the stables & garages people had constructed in their backyards have been removed.

Below is the citation from the Library of Congress entry: END_OF_DOCUMENT_TOKEN_TO_BE_REPLACED