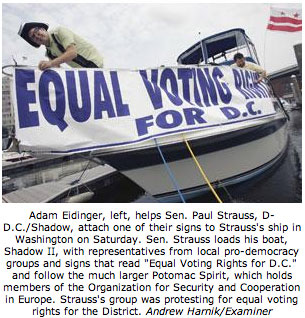 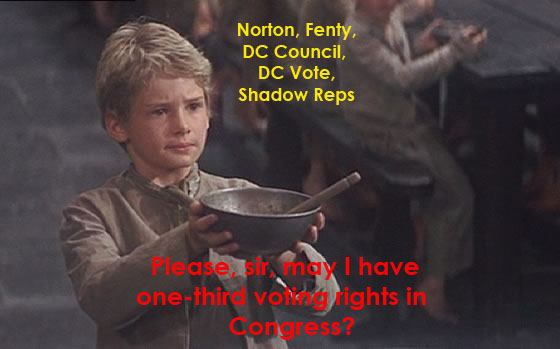 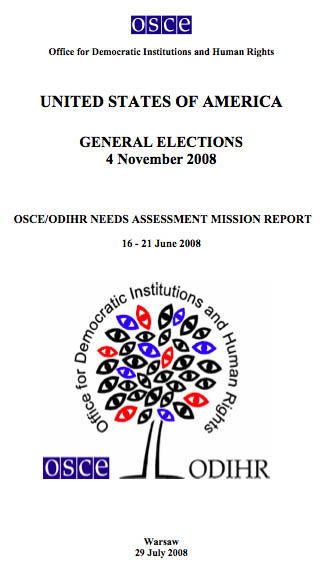 This is probably the final installment from the Washington Post concerning the OSCE for a little while, or until Congress decides to do something about it’s democratic hypocrisy….you can’t bring democracy to the world when you deny democracy at home….
END_OF_DOCUMENT_TOKEN_TO_BE_REPLACED

From the Final Declaration (page 8 ):

58. Urges participating states to organize their systems for the recording of civil status and census information, in conformity with international human rights standards so as to move towards an optimal degree of reliability, to guarantee the individual right of vote to all citizens and calls on the Congress of the United States to adopt such legislation as may be necessary to grant the residents of Washington, D.C. equal voting rights in their national legislature in accordance with its human dimension commitments;

This paragraph is our collective win! All of my most recent civil rights activism has been dedicated to making sure that this pararaph became a reality.

Via the OSCE Parliamentary Assembly:
END_OF_DOCUMENT_TOKEN_TO_BE_REPLACED