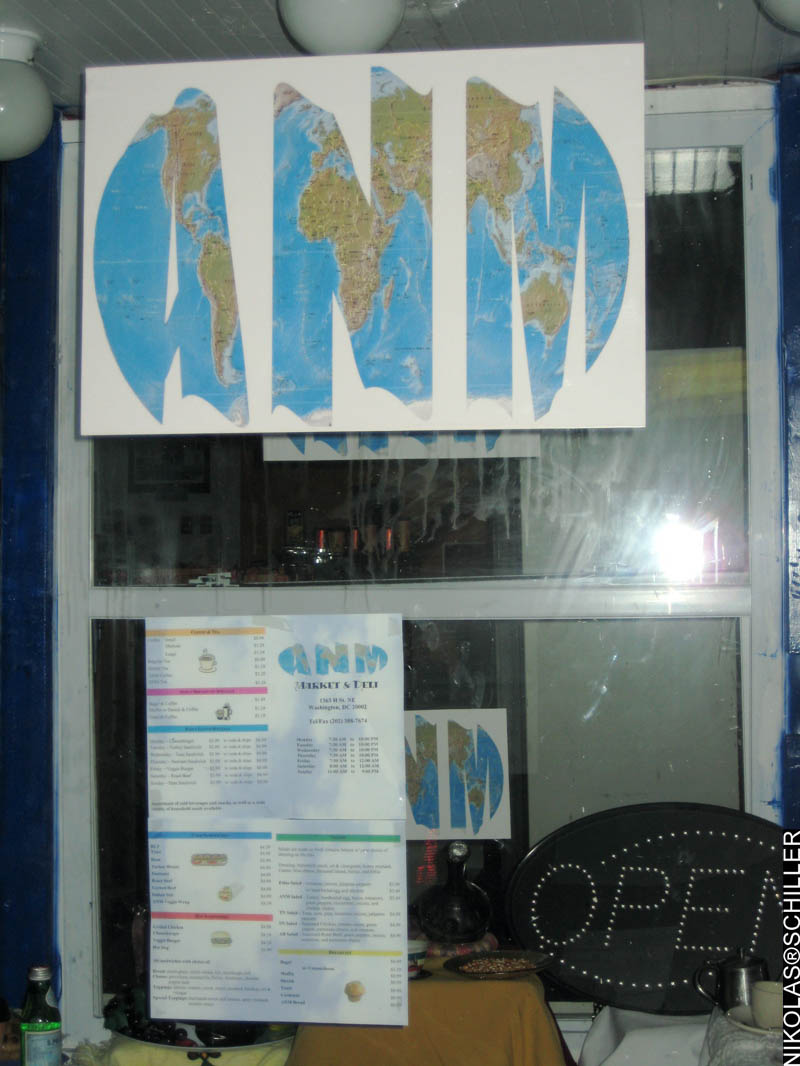 Last week I went to the Atlas District of Washington, DC to see my housemate’s band perform at the Rock & Roll Hotel. When I went outside to look for some food I stumbled up the A N M Market & Deli located at 1363 H Street NE, Washington, DC. It looks like they opened recently and have chosen to use a type of text coloring that I find unique– a world map.