To add a little more bloat to this website, I’ve added a little sidebar widget that shows the real-time internet traffic on my blog. If you are curious about what other people happen to be looking for, its a fun way to explore the random content in my blog’s archives. Click the image above to view the traffic in a new window or scroll down and see where in the world the visitor before you was from.

About a month ago I had a random friend request on Facebook from a woman named Athina who lives in Greece. Opting to inflate my friend count over potential security fears, I added her without question. A couple weeks later I visited her Facebook page and noticed that she has a blog that was written completely in the Greek language. I had just posted my latest batch of banners using the Cyrillic alphabet, so I sent her an e-mail asking if she’d be interested in translating my name into Greek. She obliged and today I made 5 more banners to be randomly displayed.

Greek is one of the languages I’ve always wanted to learn. I spent some time in high school taking Latin, which I have since found to be an invaluable contribution to my continued exploration of history. But Koine Greek, the lingua franca of the Eastern Mediterranean around the time of the birth of Christ, has always fascinated me. The Septuagint, a 3rd century B.C. Greek translation of the Hebrew Bible, used this dialect of the language. And while modern Greek is considerably different in many aspects from it’s thousand+ year-old counterpart, I would still like to learn both or at least start getting my mind around the alphabet.

Now I would be remiss if I didn’t return the cultural exchange for my friend Athina who did the translation for me. She owns a yacht charter company called Stamatis Yachting, which offers a wide variety of yachts that can take you & your friends around the various Greek islands. They also have skippers that can be contracted so you don’t have to know how to sail in order to experience the joys of sailing on the Mediterranean. If you are planning on a trip to Greece in the near future, please do not hesitate to contact her about chartering one of their yachts.

Below are the rest of the new banner graphics hyperlinked to their original blog entries: END_OF_DOCUMENT_TOKEN_TO_BE_REPLACED 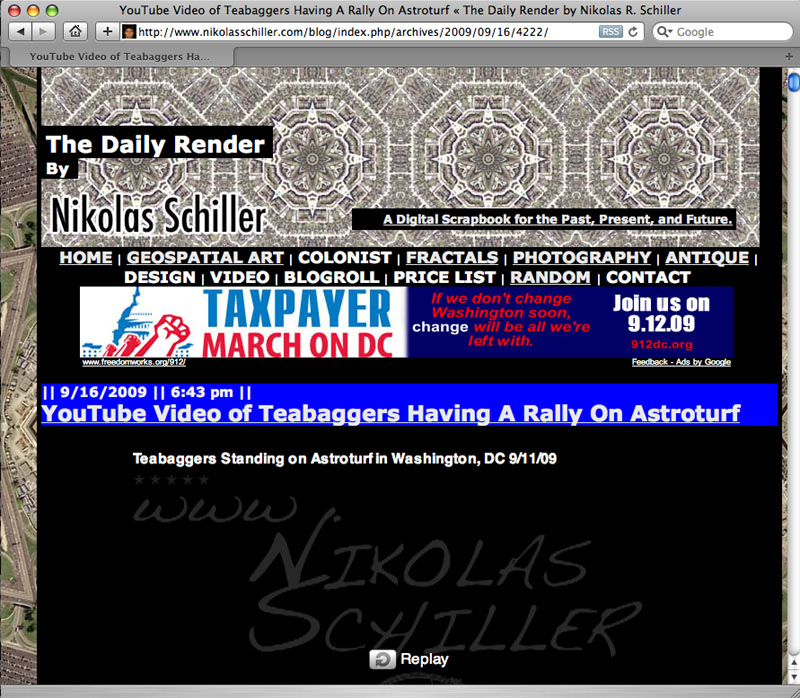 Talk about having a postmodern moment!

This screen grab of my blog entry features an ad from one of the organizations that I was mocking….. 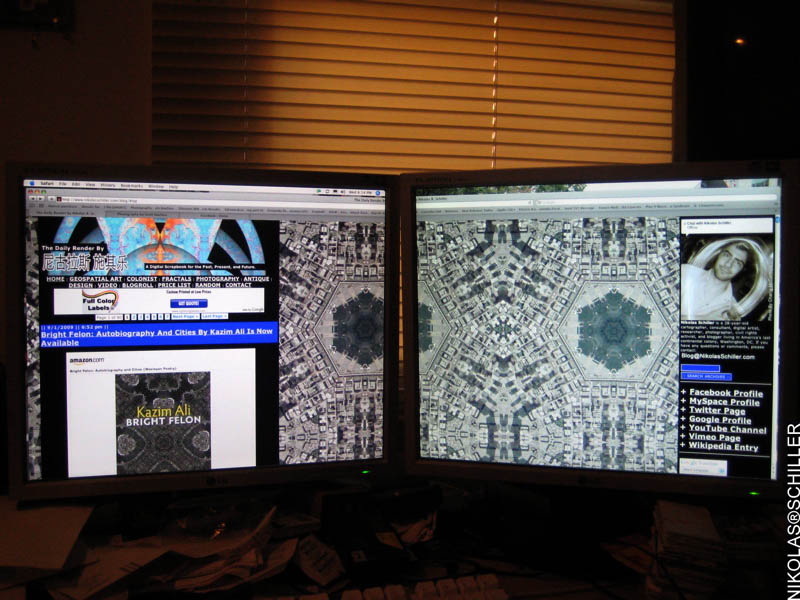 I was over at my friend’s house the other day and noticed that my recent layout redesign allows this website to be viewed on multiple monitors. By removing the old tables that guided the layout of this website and changing to CSS, a change that should have been done years ago, the usage of the float:right property pushes the sidebar to rightmost portion of the browser window. Previously the layout would have kept the sidebar next to the central panel and would have only stretched into the second monitor if and only if there was a wide image in the central panel. Now you can stretch the browser as wide as you want and the space between the sidebar & central panel contains beautiful tessellations of maps previously published on this website.

Anyways, I still plan on making a few more tweaks to the layout, so please pardon any digital dust during this much-needed remodeling phase.

The last time I added new banner graphics to this website was back in July of 2007 and since I’ve been updating the layout of this website lately, I decided to add some new banners into the mix. Earlier today a friend of mine who specializes in the Russian language responded to an e-mail I sent her about Google’s translation of my name. Her response indicated that the translation was infact an incorrect spelling and she offered a substitute spelling. I was then able to cut & paste the text and make six new banners that feature my name using the Cyrillic alphabet over the top of previously made maps on this website. In conjunction with the first batch of banner graphics that I made, there are now 40 different banner graphics that are randomly displayed each time a page on this blog is loaded.

Below are the rest of the new banner graphics hyperlinked to their original blog entries: END_OF_DOCUMENT_TOKEN_TO_BE_REPLACED

I will be taking a brief break until Monday, May 5th. I’m working on a bunch of projects right now and I don’t think I’ll have much time to update this website!

In an effort to make my website a bit more Internet Explorer friendly, I decided to remove the eponymous flash animation that used to sit on the left side of the screen (It never really showed up properly on IE anyways). The banner has now been replaced with a php script that randomly picks a file in a folder on my website. I made 15 banners that all feature my second generation digital signature in the southwest corner. Each time you visit a new page you will get a new banner displayed (some exceptions). View the entire lot after the fold…
END_OF_DOCUMENT_TOKEN_TO_BE_REPLACED