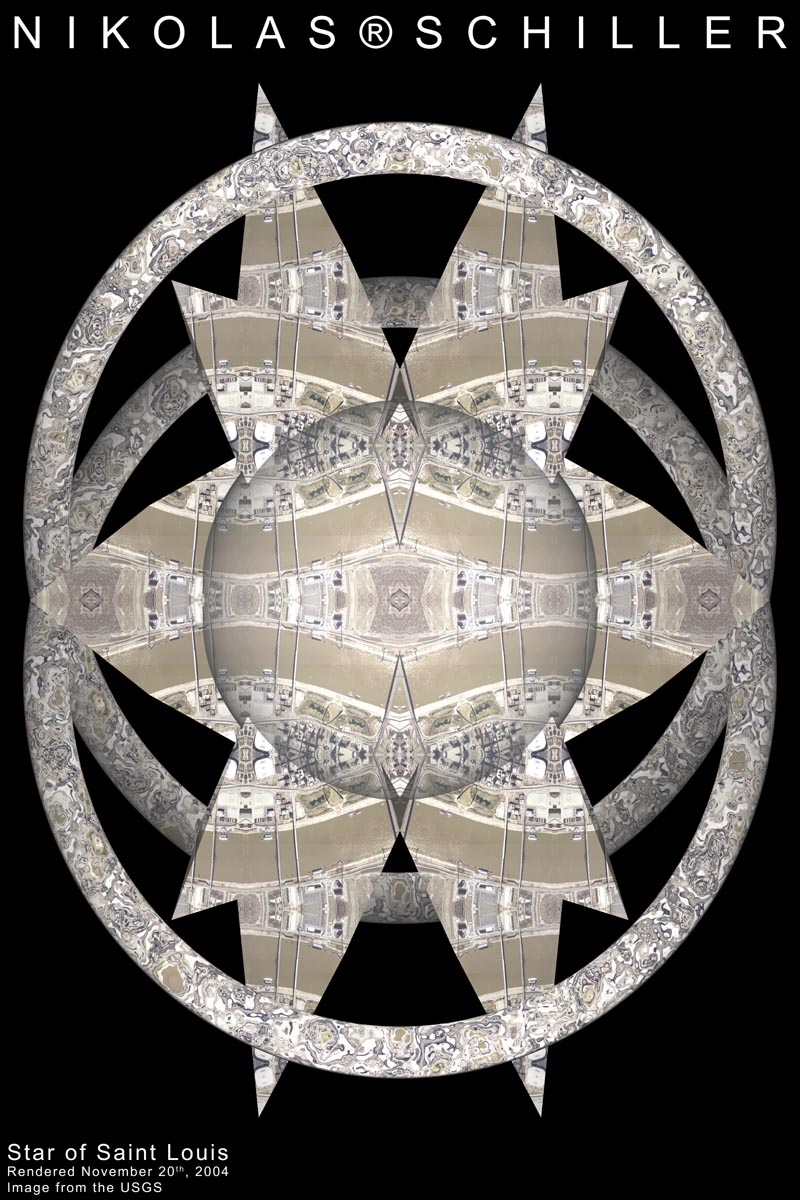 I snagged this satellite image of downtown Saint Louis from the National Map a long time ago, but for some reason Bryce would not accept it. I ended up tweaking the image the “right way” and now I have another satellite image to use for my renderings:-) I actually want to make a special rendering with this image when I get back from Sioux City, Iowa. I already know the name I am going to use: “Shadow of Greatness”

Why? Well there are 3 shadows represented in the actual image- one visible, two slightly visible. The visible one is the shadow of the Gateway Arch, and the other two are the Eads Bridge and the TWA logo on the dome.

The Gateway Arch is my favorite monument in the world. Topping out at 630 feet, its 75 feet taller than the Washington Monument, but its the message that it carries that I like the most. Its the same message that the Eads Bridge carries as well- the Gateway to the West.

The Eads Bridge was the first bridge built over the Mississippi River and it was also the first bridge to have both rail and human traffic. After its completion people & goods could finally go coast to coast. Its now used for the Saint Louis Metrolink and the first stop in Illinois is the Casino Queen(also a shadow of a casino!). You gotta love mass transit that takes you places- like casinos!

As for theTWA logo, it has since been replaced with the Edward Jones logo and the airlines, which was once one of the largest airlines in the world, has been purchased by American Airlines. My father has worked for TWA/AA since 1994 and I proudly own quite a bit of vintage TWA apparel.

I think the image will have one large shadow and use the satellite image, but I’m not sure what primitives to use for the actual rendering… Should look pretty cool though :-)