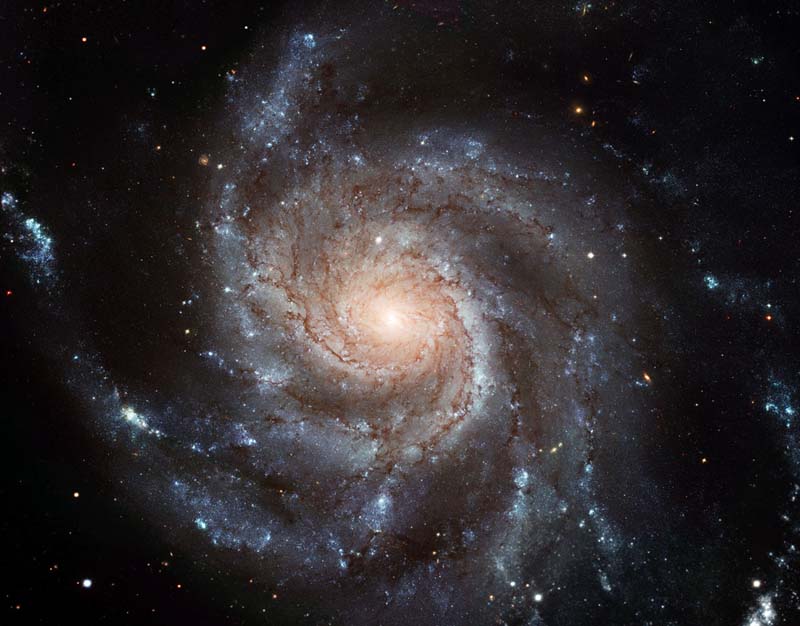 Back in October, Georgetown English professor Mimi Yiu gave a presentation at conference called Defining Space in Dublin, Ireland. The title of her presentation was “The Virtual Fabric of Tessellated Space: Nikolas Schiller’s Geospatial Art as Map, Quilt, and Arabesque.” I mention this because my next project uniquely involves tessellated space.

About a week ago I found this blog entry on www.haha.nu (the author featured my maps in May, but labeled them incorrectly implying that they were created using Google Maps!) which linked to the largest, most detailed photograph from the Hubble Space Telescope.

This new Hubble image reveals the gigantic Pinwheel galaxy, one of the best known examples of “grand design spirals”, and its supergiant star-forming regions in unprecedented detail. The image is the largest and most detailed photo of a spiral galaxy ever taken with Hubble.

The next entries will be using this “grand design” as source material. I made a total of four tessellations and will ultimately create at least two quilt projection maps out of the imagery and probably a layer for Google Sky (very excited about that concept). The source imagery is huge: 12,392 x 15,852 pixels, but my maps will be even larger!

To work with this large piece of satellite photography, I decided to scale down the imagery to make it usable. For the first two tessellations, I reduced (not resized!) the source image to 6,000 x 6,000 to capture the area around the center of the galaxy. Then I resized the center to 3,000 x 3,000, then tessellated the image at 6,000 x 6,000. This resulted in two tessellations that feature the center of the galaxy at one half the source spatial resolution. The second two tessellations use the entire galaxy (not just the center) and required me to resize the source imagery at a loss of 4X the spatial resolution (from 12,000 x 12,000 to 3,000 x 3,000). I look forward to seeing the results.