On its return flight in 1932, the “flying boat,” this time identified as Dornier Do-X seaplane, scheduled a refuelling stop in Newfoundland again. The Daily News (20 May 1932) reported that three hundred cars and nearly 1,500 people awaited this marvel of German technology, the largest heavier-than-air plane built by that time, “in biting eastrly wind.” They had to go home disappointed because the plane was forced to land late that day at Dildo instead. The next day, however, the crowds returned to the landing site in even larger numbers – reporters counted “fully 5,000 people” – by car, bus, and train to see “the world’s largest flying boat.” The parade of “eager sightseers” began before daylight. A special thirteen-car train left St. John’s early in the morning to take a thousand people to Holyrood. This time their patience was rewarded.

View the town on Google Maps: 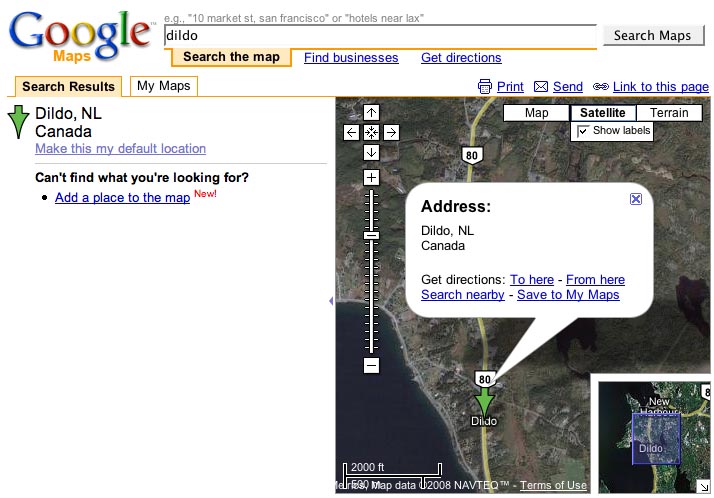