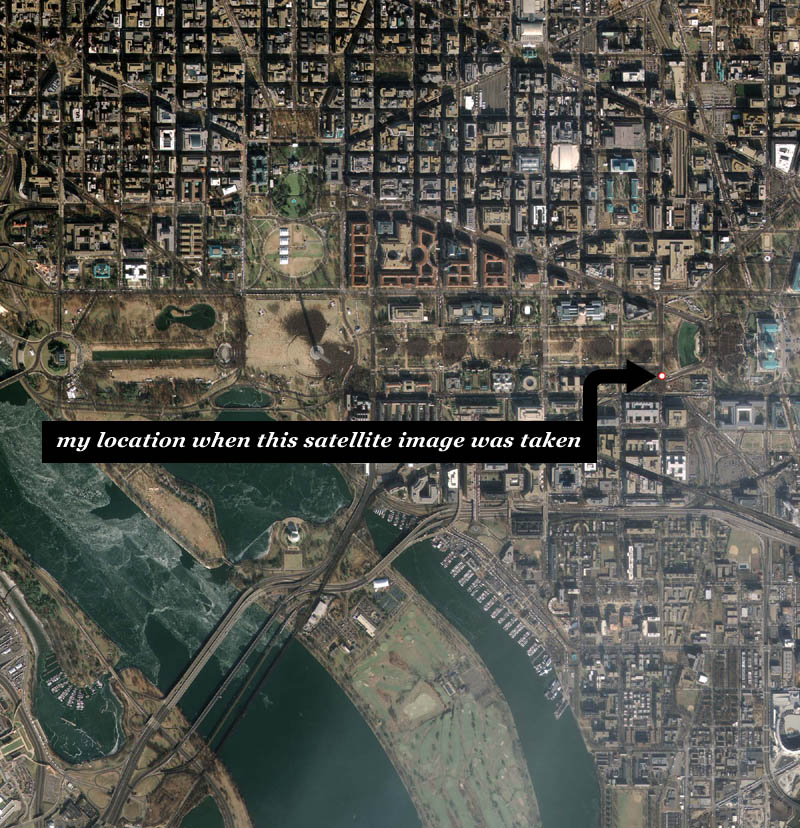 At around 11:19AM on January 20th, 2009, GeoEye‘s newest satellite, GeoEye-1, took this picture of the inauguration of president Barack Obama in Washington, DC. Since it was taken before the start of the swearing-in ceremonies, you can see that crowds were still making their way into the viewing areas. In the next hour after this satellite image was taken, I was able to make my way to the ticketed viewing area, but only after a lot of hard work! I will write about how I made it in, while thousands of others did not, in an upcoming entry.