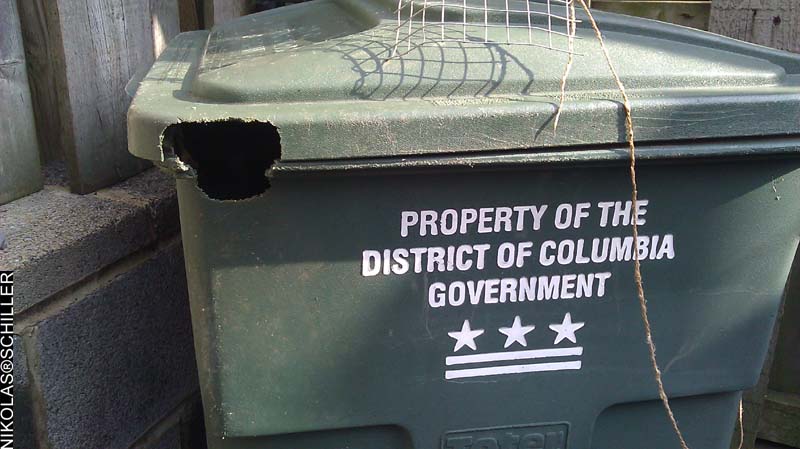 One night I was in my backyard and I heard the sound of a rat stuck inside one of the empty trashcans. Every few moments the poor rat would try to jump out of the trashcan, but it couldn’t grasp the small hole at the top of the trashcan, and would land back at the bottom of the trashcan. By morning it would die of exhaustion and/or starvation.

For a moment I thought this was the ultimate rat trap, but a week later I was saddened to see a different rat jump out of the can after some trash had been placed inside of it. The trap only worked if the trashcan was empty. To my dismay, a few nights later I a saw an even larger rat jump out of the empty trashcan and I realized that some type of cage would be needed to hold the rat within the trap. 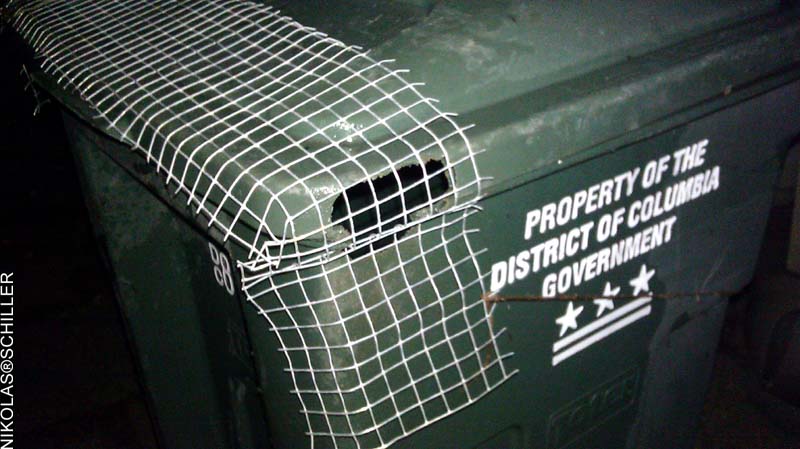 Using some extra chicken wire and a little bit of string, I’ve caught 3 rats using this trap. The trick is to keep the trash can empty of waste (decoy!) and leave the caging on top of the trashcan near the hole. If I hear a rat inside the bin, I quickly put the cage on and tie it down. Oh, rats!