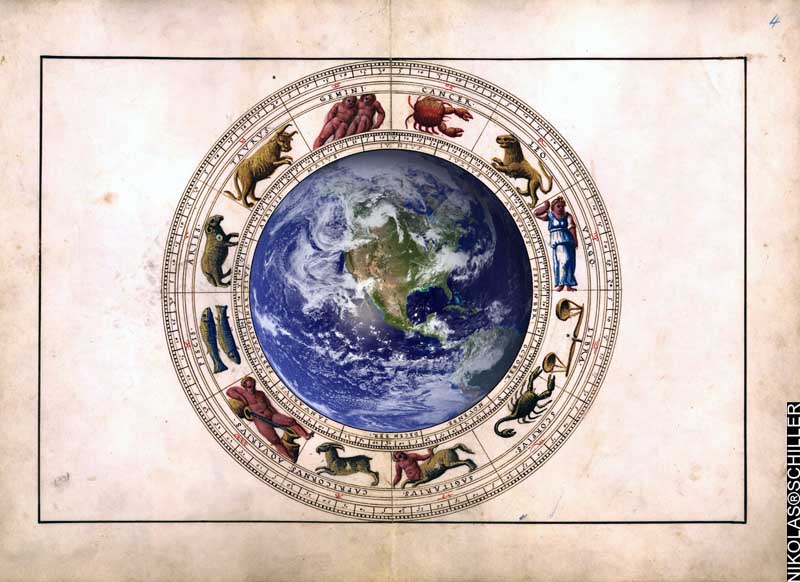 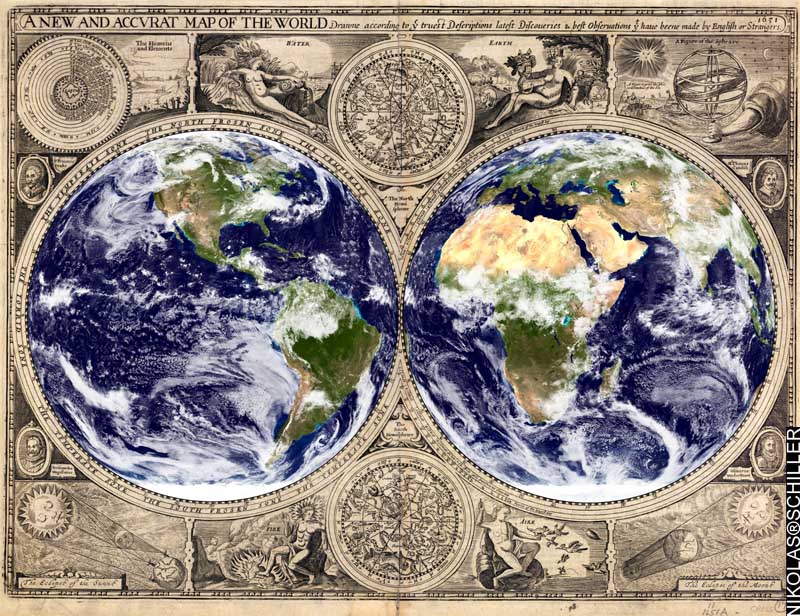 In honor of the cartographic activities over the last three years, today I made what I feel to be one of my best historic map mashups yet. Using a map by John Speed (published in London in 1651) obtained from the Yale University Library, I overlaid two NASA Blue Marble satellite images over the known world. Aside from that, I didn’t do anything else to this map (like cryptic seventeenth century typography) except to add my name in the lower left hand corner.

Text from the top:
“A NEW AND ACCURATE MAP OF THE WORLD – Drawn according to the truest descriptions, latest discoveries, & best observations that have been made by English or Strangers. 1651”

The original engraving includes:
â€¢ the 4 basic elements: Earth, Wind, Water, and Fire
â€¢ the constellations for both the southern & northern hemisphere
â€¢ portraits 4 of the most important explorers up until 1651
â€¢ the science behind eclipses

The original map was made in 1651, the NASA Blue Marble images were released in 2002, and the two combined today; a 356 year enrichment.

If I want to sell this map I’ll need to first obtain the copyright from the Yale University Library, which is $500! Bleh. It’s too bad that the Library of Congress does not have this map available.