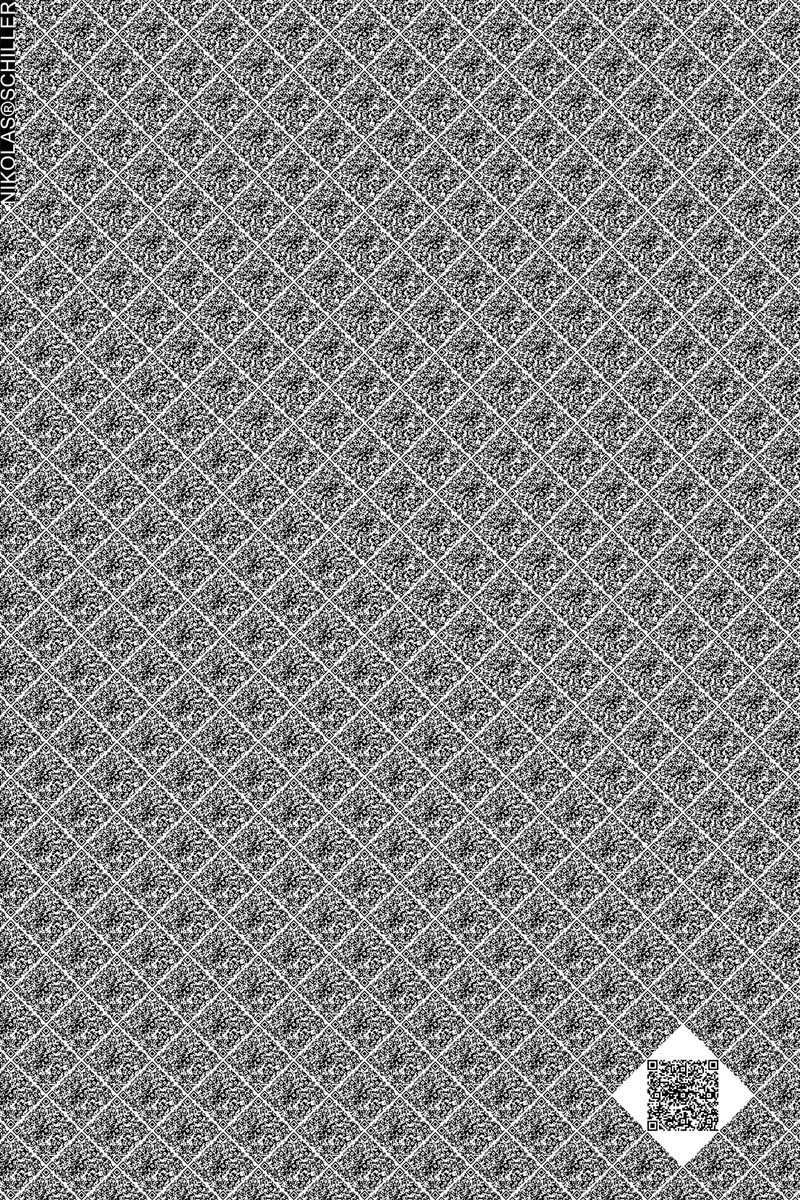 While the QR-Code mistake wasn’t exactly what I was hoping to create earlier today, this design turned out exactly as I originally envisioned. The plan was to take one QR Code and plot the code as a very large tessellation. Like the Geovisual QR Code, I wanted to make the embedded code something self-evident so I chose the text to be “QR Code Tessellation by Nikolas Schiller. Created on Wednesday April 23rd, 2008 in Washington, DC.”

For this design I rotated the code 45 degrees to create a diamond shape and after the rendering was finished I cut out 4 of the squares and added an enlarged QR Code in the lower right-hand corner. In all, it’s a very simple design but at the size of a billboard it would be very interesting to see it displayed. 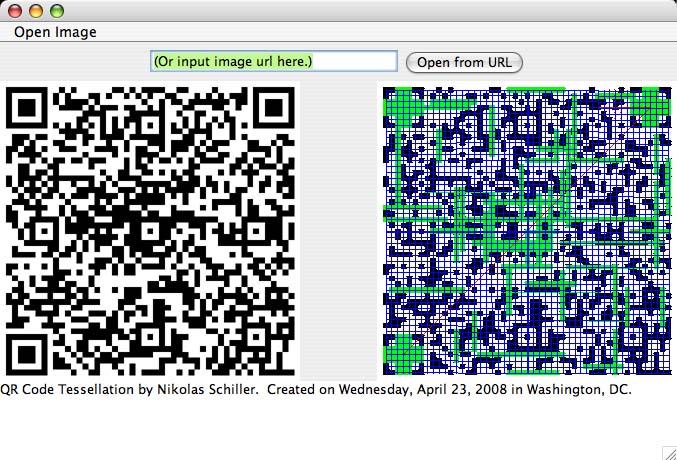 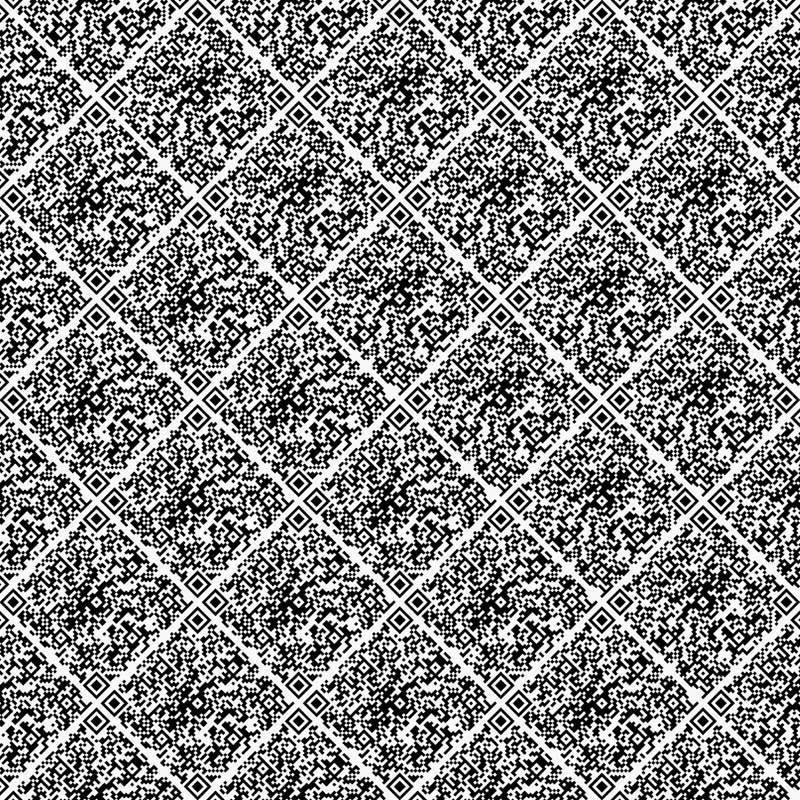 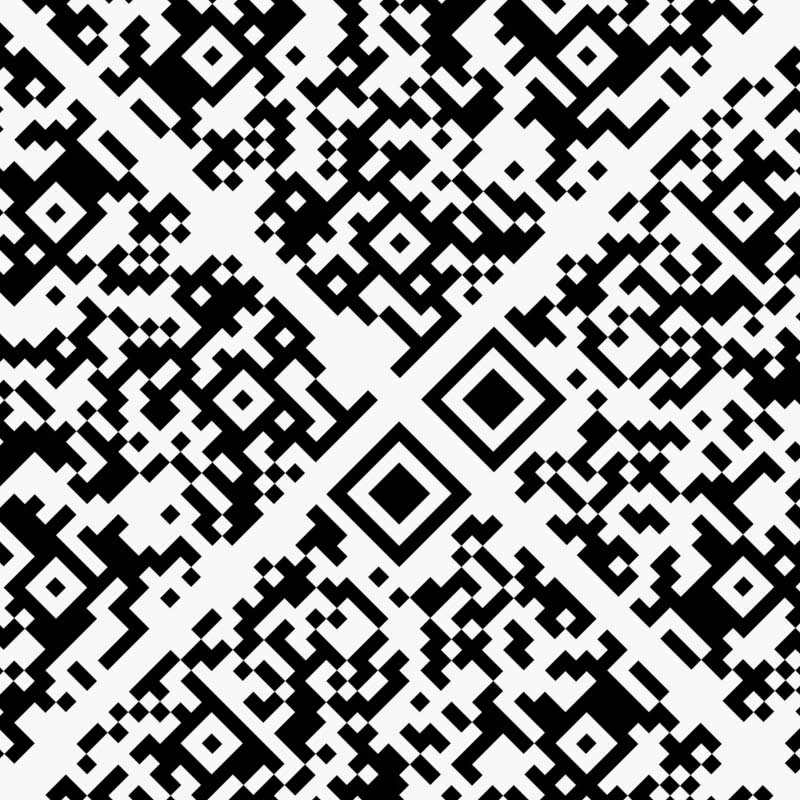