Like Part Two, this portion of photographs from today’s Taxpayers March on Washington focuses on some of the random signs I found.

A black hearse designed to be the Obamacare Pace Car. 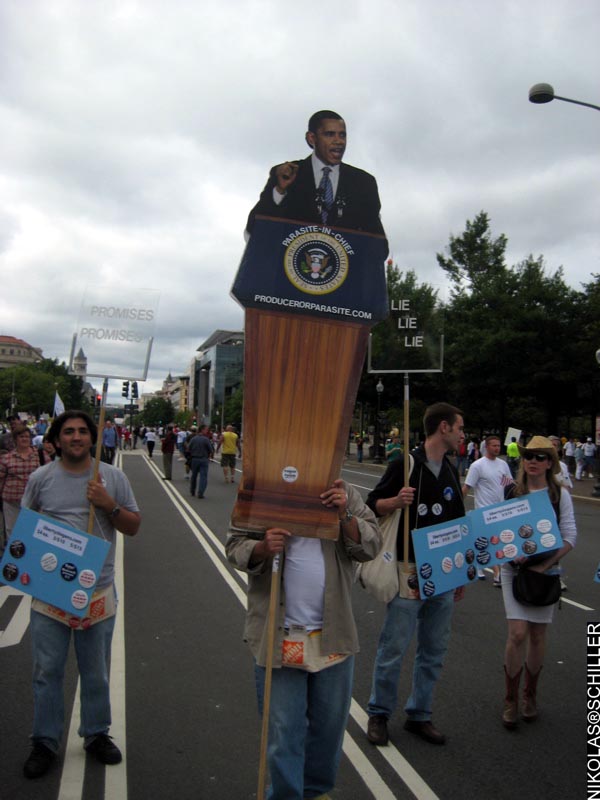 A Photograph of a mock Obama speech, with a podium and two teleprompters– Promises, Promises, Lie, Lie, Lie…. 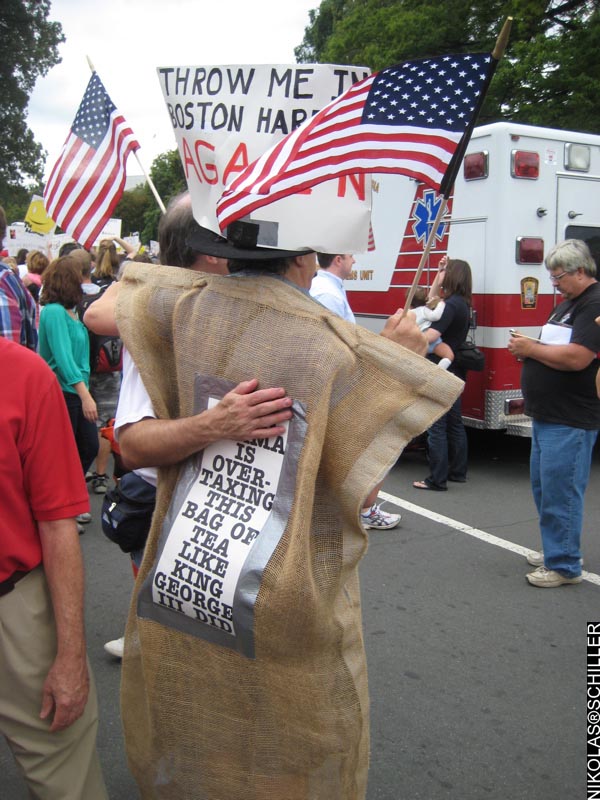 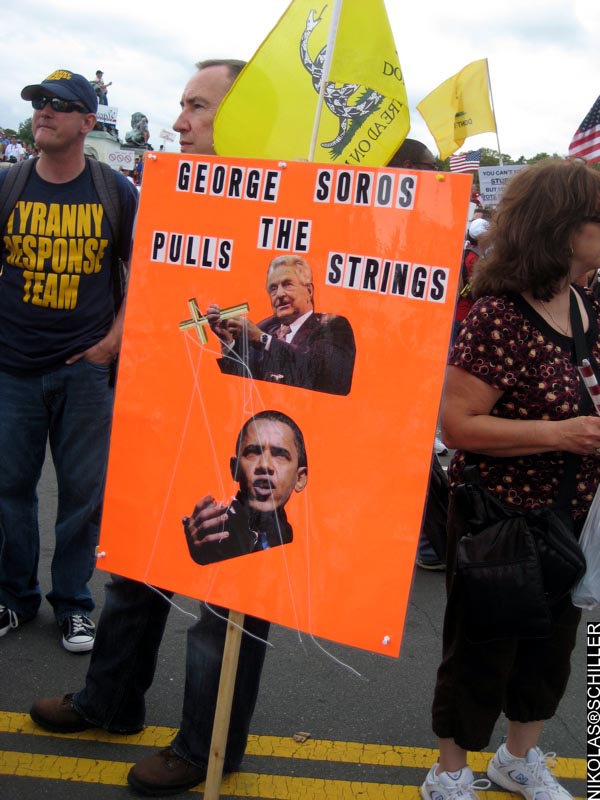 Photograph of a sign that says “George Soros Pulls The Strings”

Without Fox News, would these people have received their marching orders? 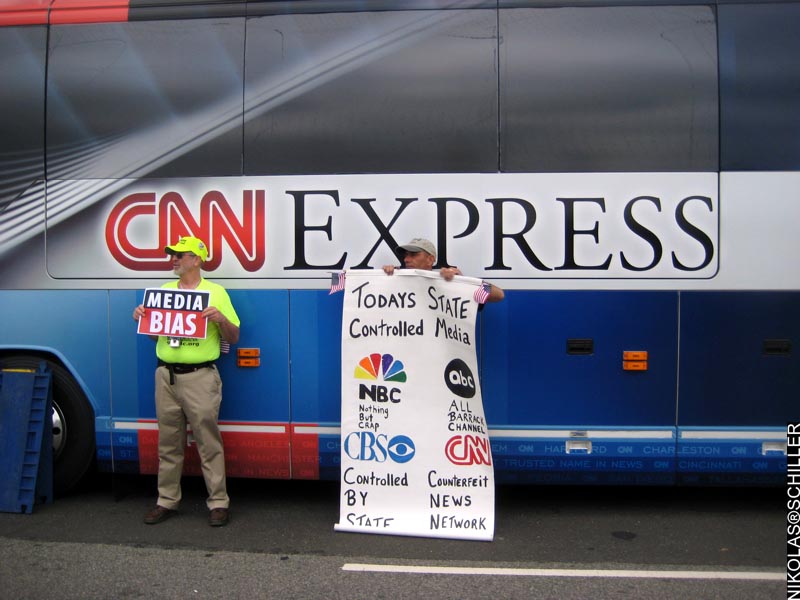 Notice that Fox News is not listed in the sign above.
HUH? 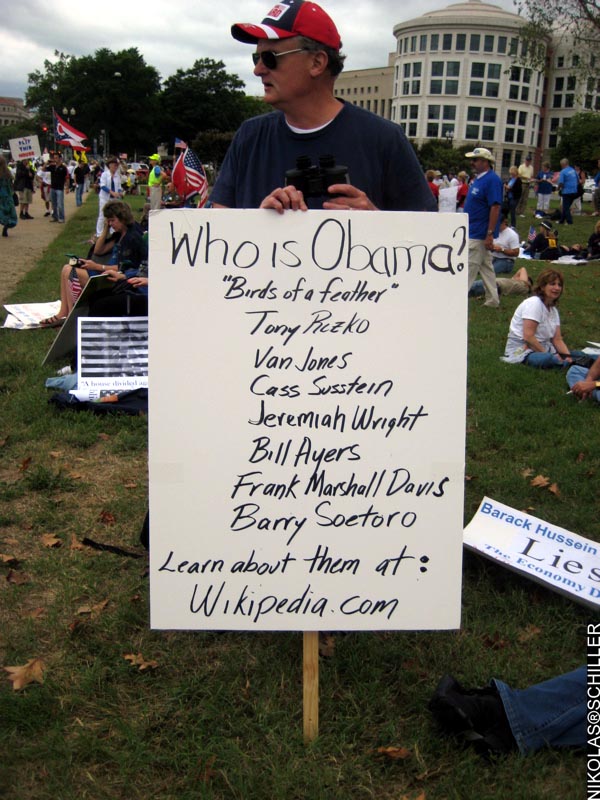 I only do my research on Wikipedia.ORG, thank you very much. 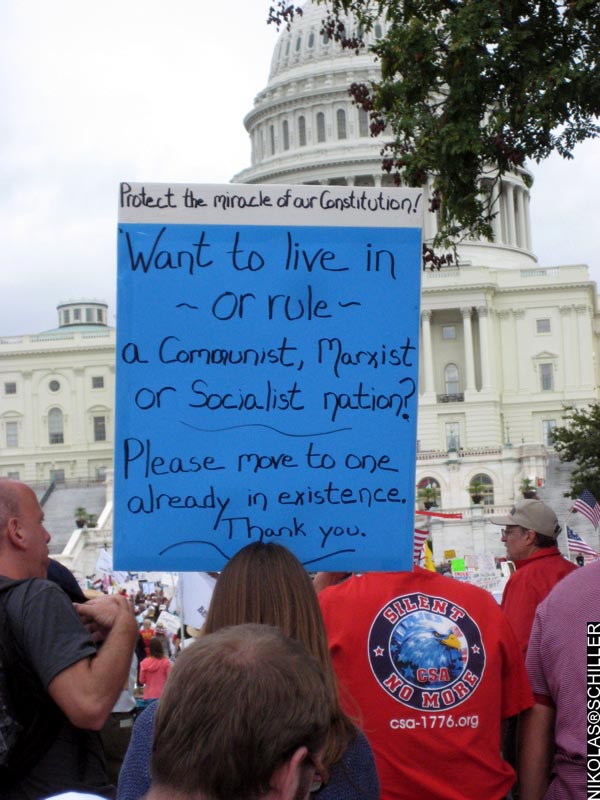 Photograph of a sign saying “Protect the miracle of our Constitution. Want to live in – or rule – a communist, marxist, or socialist nation? Please move to one already in existence. Thank you.

I want my country back as well, but with less trash…..

I should have the videos I took on-line shortly.