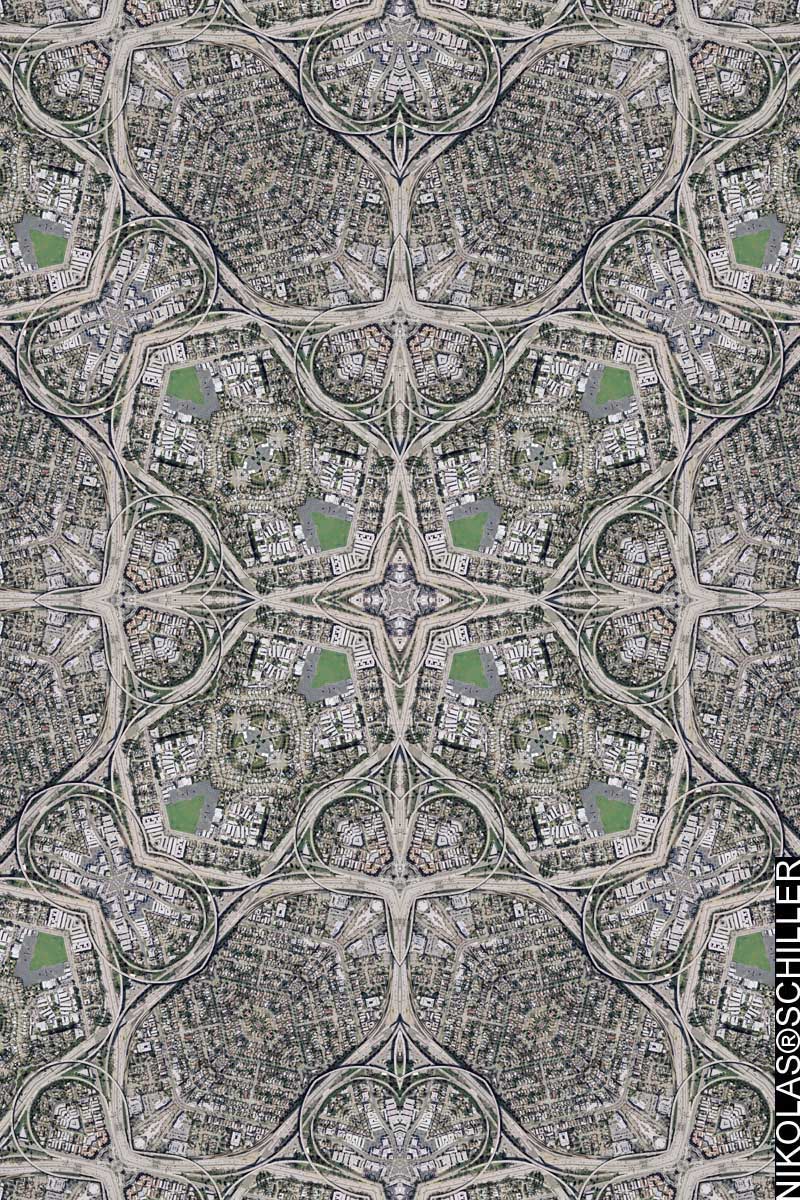 A few months ago I conceived this series titled’ “LA Interchanges.” The plan was to make maps of the highway interchanges throughout Los Angeles, California. I’ve made maps using highway interchanges before (MacArthur Maze Quilt and Omaha Intersection) so this concept is not necessarily new, but the idea of having a series dedicated to one geographic region with a focus on one aspect of the built environment is what makes this series interesting to me. Ultimately I’ll make a special Google Map Mashup for this series, but it’s still got a long way to go- there are a lot of interchanges. The plan is to slowly go North to South looking for interesting interchanges.

When obtaining the imagery for this project I discovered that the USGS has removed the 2004 imagery of Los Angeles! This means that I cannot make comparison maps like I did with Dodgers Stadium – 2004 – 2006. Moreover, I think the quality of the 2006 imagery is poor. It’s bleached out and fuzzy looking at the full resolution. After reading the meta-data I know why- its from scanned photographs taken in 2002! So it’s not really new imagery after all, but reprocessed old imagery. 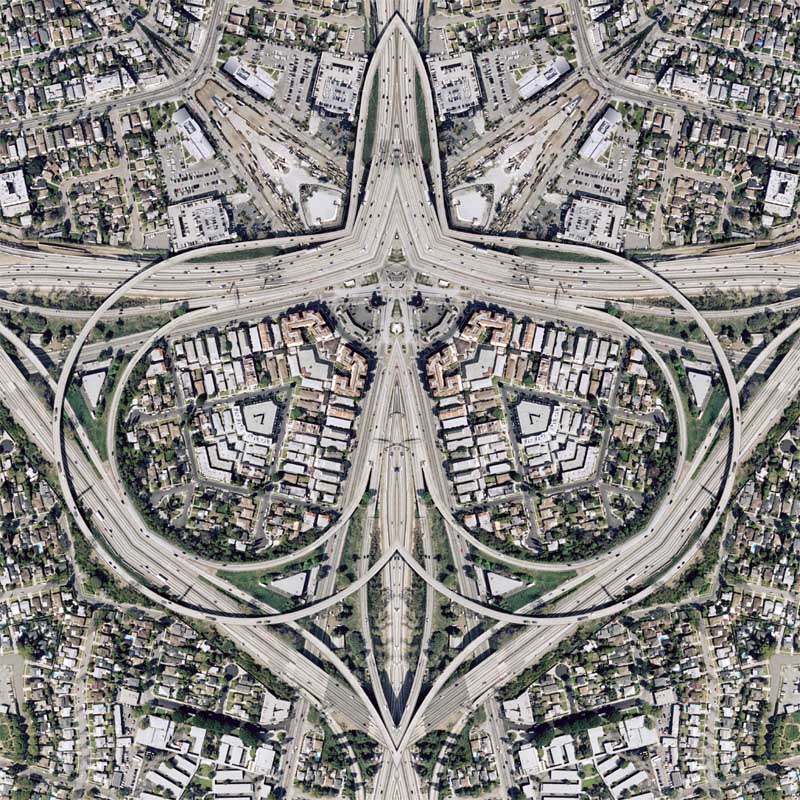 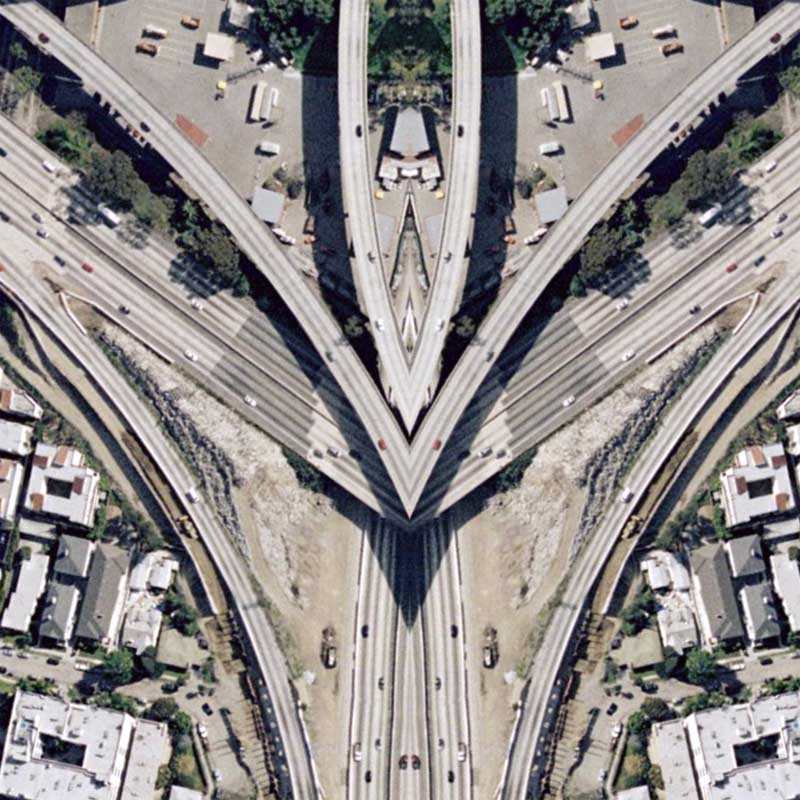 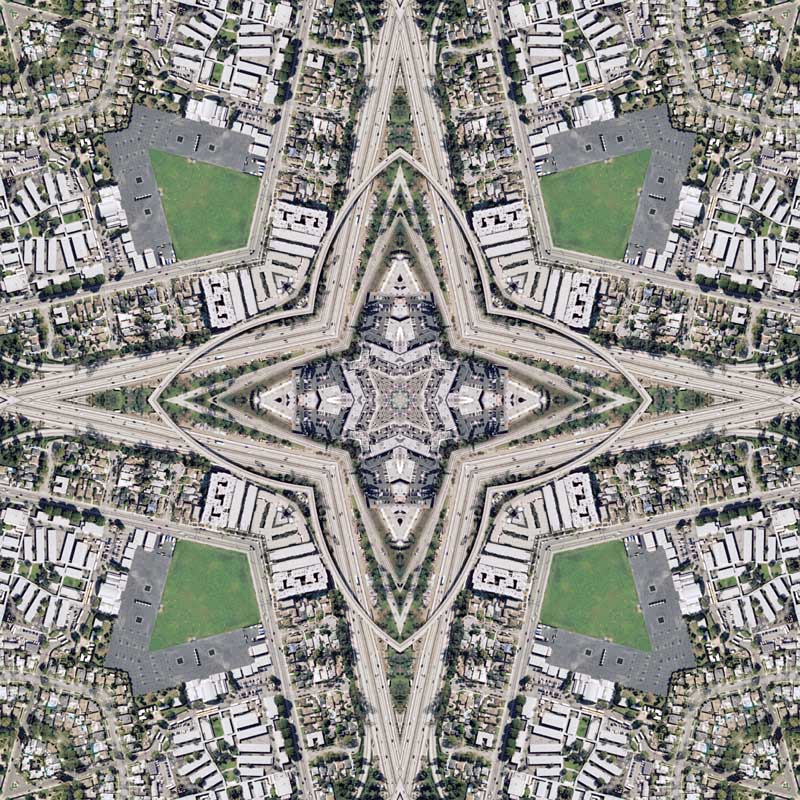 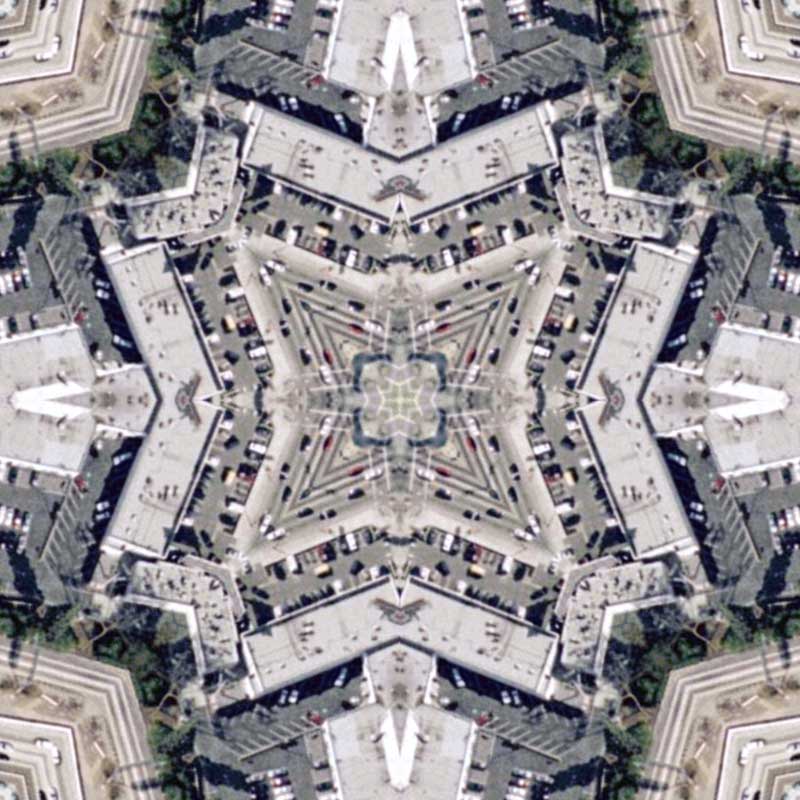