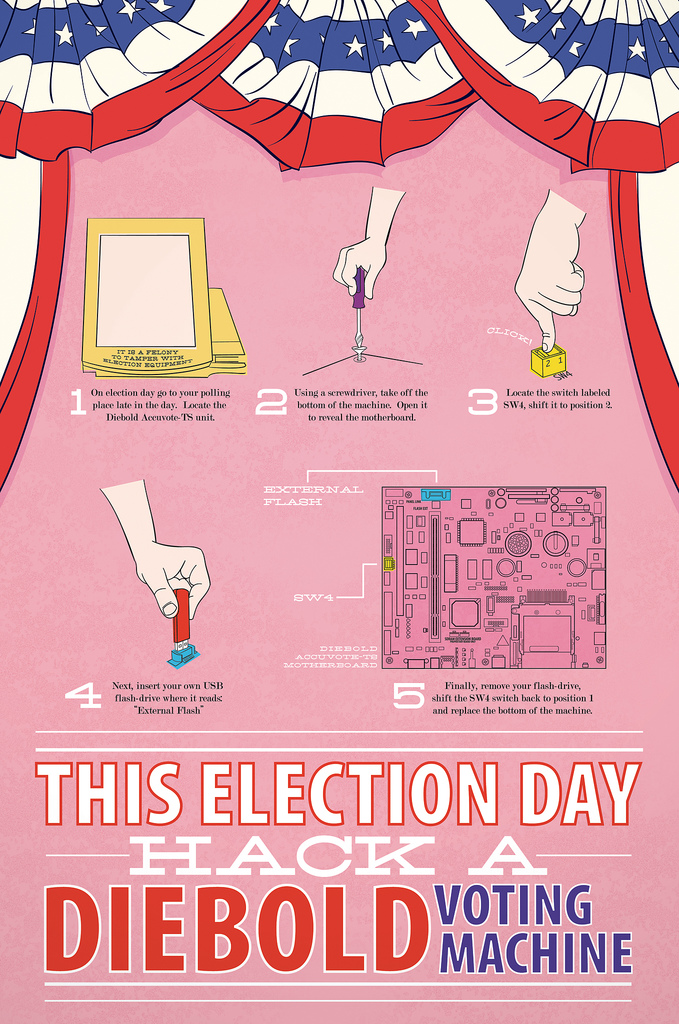 An infographic showing how to hack a Diebold Accuvote-TS unit

So yesterday I participated in the DC Statehood Green Party Primary. This election cycle I was offered the opportunity to keep the tab from my ballot. Compared to those generic “I VOTED” stickers, the paper ballot is a much better souvenir because it shows that not only did I vote, I was voter number 2 at the precinct. Here’s the scanned proof:

Judging by the DC Board of Elections and Ethics results for my precinct (below), I can verify that the ballot above was the second and last DC Statehood Green Party ballot given out yesterday. If you scroll down to the bottom of the image, it shows that there were 2 people who voted for Cynthia McKinney and since the ballot above is market 00002, I can only infer that the other voter has 00001.

It looks like Cynthia McKinney beat Ron Paul in my precinct (2 votes to 1 one). Only nine people voted republican compared to the two Statehood Green (one being me). Thats some hyperlocal politix.