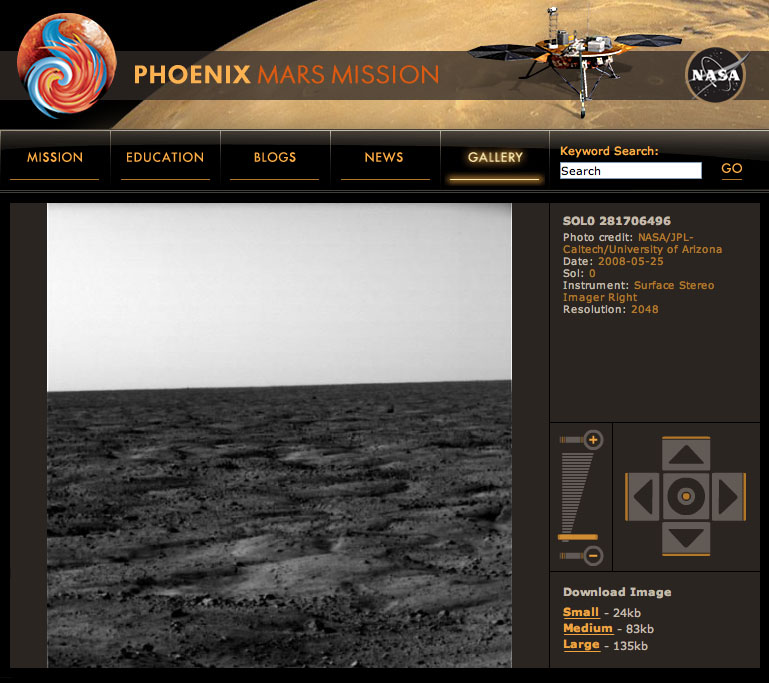 The Martian surface is rather barren….
Photo credit: NASA/JPL-Caltech/University of Arizona

For nearly the last year I’ve been following the various contemporary space missions on this blog. It probably all started last summer after finding the unique Zodiac from 1544, then this curiosity progressed to Google Sky & Stellarium, to seeing my first Moon Mars conjunction as well as Saturn for the first time in December, and most recently seeing Mercury Messenger‘s first photographs of the backside of Mercury and seeing Jupiter conjunct the Moon for the first time last week.

Today’s entry concerns the Phoenix Mars Mission which I’ve found to be pretty fun to learn about. The website consists of scientist blogs, near-realtime photographs and animations. Because it’s all happening in near-real time, it’s like you are exploring Mars alongside of the official scientists. Quite cool.